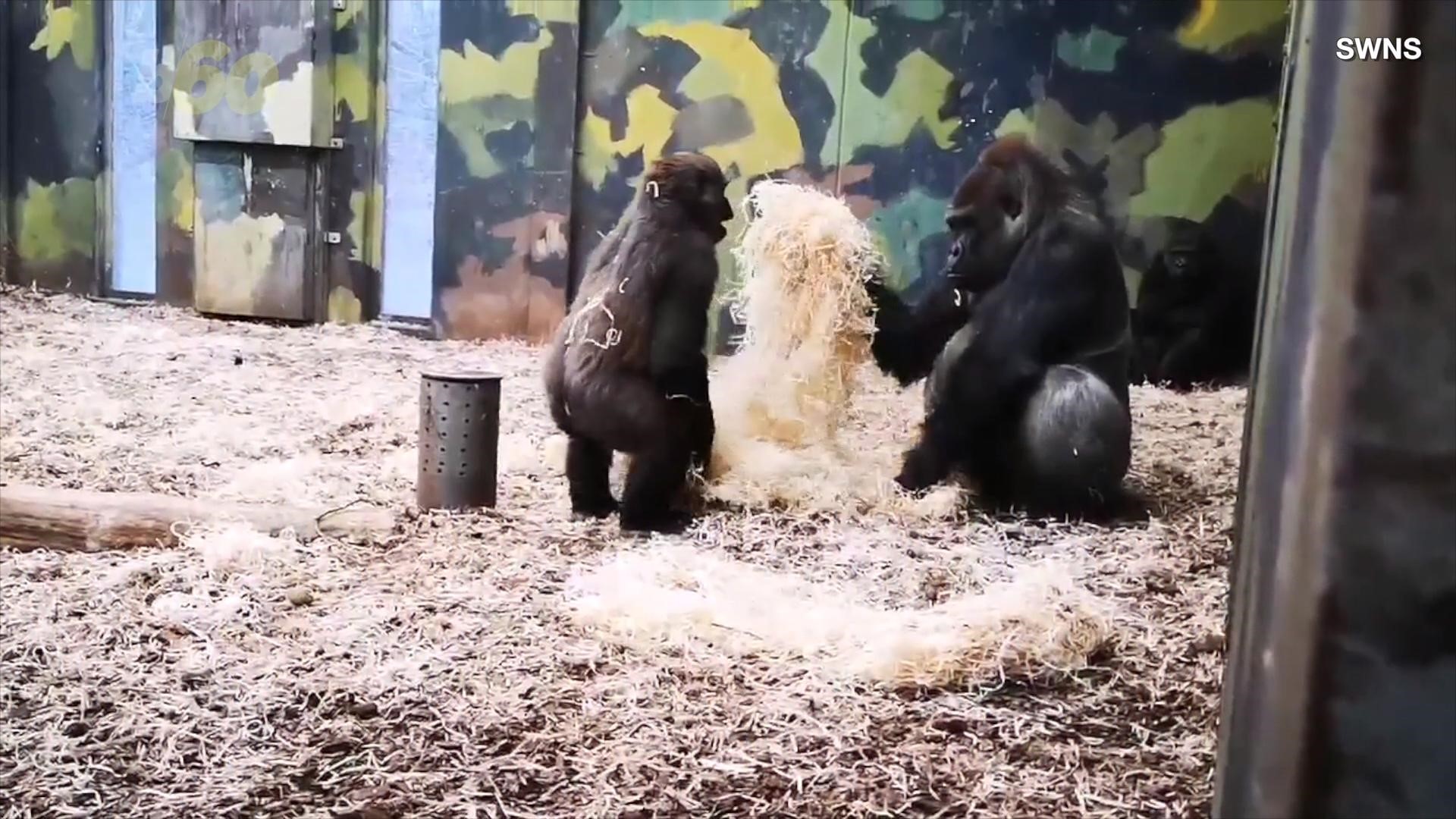 KAMPALA, Uganda — As the coronavirus infects more people around the world, conservationists are warning of the risk to another vulnerable species: Africa's endangered mountain gorilla.

Congo's Virunga National Park, home to about a third of the world's mountain gorillas, is barring visitors until June 1, citing “advice from scientific experts indicating that primates, including mountain gorillas, are likely susceptible to complications arising from the COVID-19 virus.”

Neighboring Rwanda also is temporarily shutting down tourism and research activities in three national parks that are home to primates such as gorillas and chimpanzees.

Mountain gorillas are prone to some respiratory illnesses that afflict humans. A common cold can kill a gorilla, according to the World Wide Fund for Nature, one reason why tourists tracking gorillas are not normally permitted to get too close.

Around 1,000 mountain gorillas live in protected areas in Congo, Uganda and Rwanda, for whom tourism is an important source of revenue. But COVID-19 has led to restrictive measures.

Virunga National Park's decision has been welcomed by conservationists in the region.

RELATED: Facts Not Fear | What you need to know about the COVID-19 outbreak

Paula Kahumbu, chief executive of the Kenya-based conservation group WildlifeDirect, told The Associated Press that “every possible effort must be made” to protect mountain gorillas because so few are left in the wild.

“We know that gorillas are very sensitive to human diseases," she said. “If anyone has a cold or a flu they are not allowed to go and see the gorillas. With coronavirus having such a long time of no symptoms in some cases, it means that we could actually put those gorillas at risk.”

Even existing measures may not be enough to protect them.

According to Ugandan conservationist Gladys Kalema-Zikusoka with Conservation Through Public Health, a study published this year by her group and Ohio University showed that measures in place to protect gorillas from humans are not effective in practice.

The rule on keeping a safe distance from the gorillas was broken almost every time a group of tourists visited, she said.

If close interaction cannot be prevented, she said, one measure that could potentially improve safety is requiring tourists to wear masks at all times.

Uganda has not announced a shutdown of gorilla tourism, although tourist traffic from Europe and elsewhere has dwindled.

A spokesman for the Uganda Wildlife Authority, Bashir Hangi, said the decision on whether to shut down gorilla tourism is now academic as there is almost no business amid the outbreak.

Still, he said, the few tourists who come are screened for fever and other symptoms and must obey rules such as not standing within 7 meters (21 feet) of a gorilla family. Visitors from virus-affected countries who have gone through quarantine in Uganda need to produce what he called a certificate of isolation before they are permitted to track the gorillas.

The region’s mountain gorilla population dropped sharply in the past century because of poaching, illness and human encroachment. Mountain gorillas have been listed as critically endangered or endangered since 1996, although their numbers are now said to be growing as a result of conservation efforts.

But there have been painful losses. Some gorillas die of natural causes, falling from trees or being killed in fights between males for territory or dominance. A lightning strike killed four mountain gorillas in February.

In Rwanda, where tourism is the top foreign exchange earner, the government has prioritized the protection of gorillas, even launching a naming ceremony for baby primates.

Tourism revenue is key in protecting mountain gorillas as authorities can use some of the money to help local communities or invest in anti-poaching activities. A gorilla tracking permit costs up to $600 in Uganda, and thousands of tourists pay each year. A similar permit costs upward of $1,000 in Rwanda.

Some worry the loss of tourist revenue during the coronavirus pandemic could further expose the primates to poachers. Virunga, established in 1925 as Africa’s first national park and now a UNESCO World Heritage Site, has long been vulnerable in a volatile part of eastern Congo.

“I think this is going to have a huge impact on their sustainability," Kahumbu, the Kenyan conservationist, said of Virunga. “I call on all donors and governments that support these national parks in Africa to make it easy for the parks that need to shut down to do so and survive."

Poachers could do even more damage to gorillas if they think the anti-poaching efforts have been reduced, she said.

Credit: AP
FILE- In this Sept. 2, 2019 photo, a silverback mountain gorilla named Segasira sits among plants in the Volcanoes National Park, Rwanda. Congo's Virunga National Park, home to about a third of the world's mountain gorillas, has barred visitors until June 1 2020, citing "advice from scientific experts indicating that primates, including mountain gorillas, are likely susceptible to complications arising from the COVID-19 virus." (AP Photo/Felipe Dana-File)