Elizabeth Barker Johnson earned her degree from WSSU in 1949. She quickly began teaching after college and was unable to attend commencement because she couldn’t find someone to substitute for her. 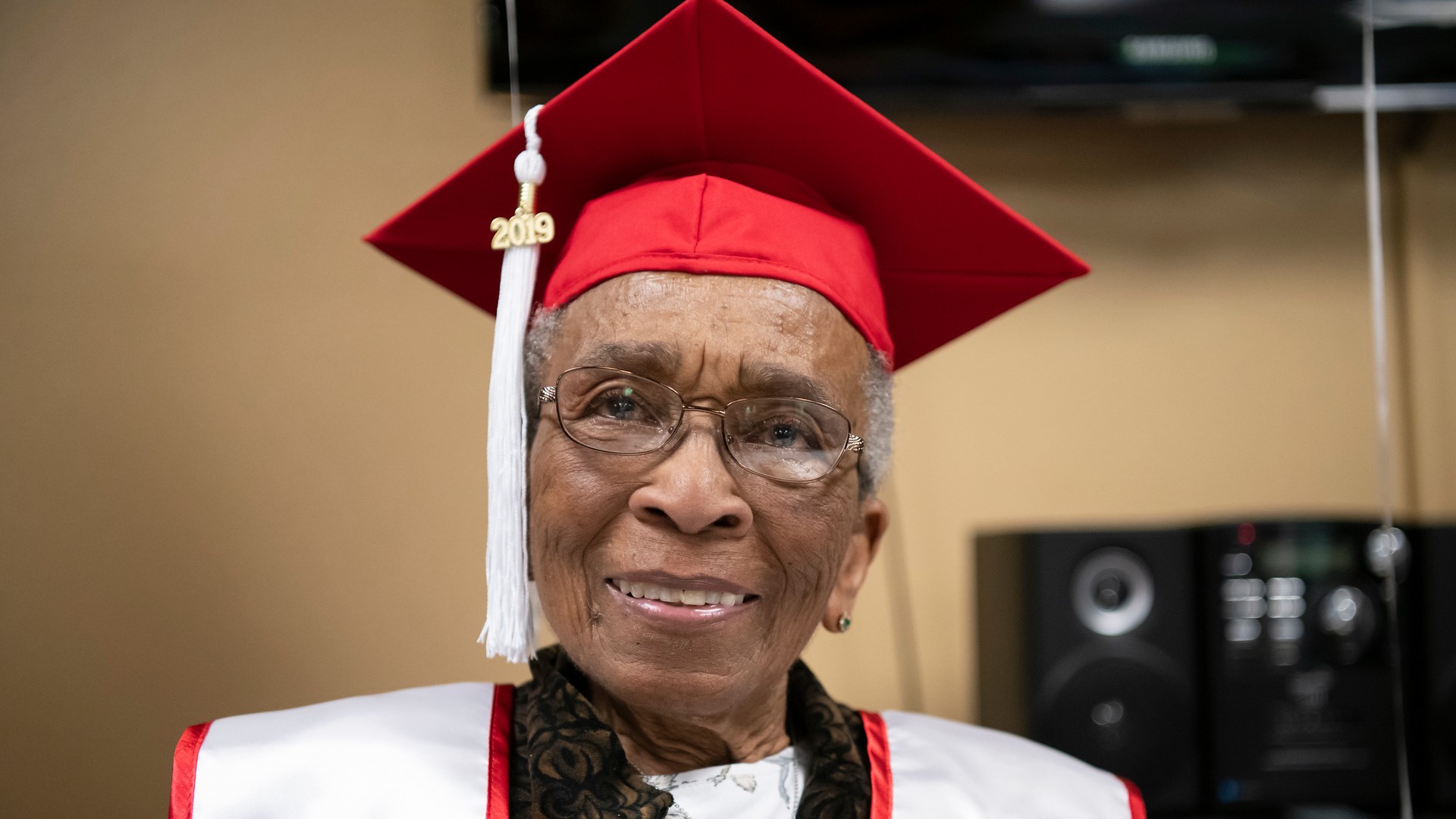 WINSTON-SALEM, N.C. — A Triad World War II veteran got a special wish granted for her 99th birthday on Thursday – she'll get to walk across the stage at graduation.

Elizabeth Barker Johnson earned her degree in education from Winston-Salem State University (WSSU) back in 1949 - then known as Winston-Salem Teachers College.

She immediately began teaching after college and couldn’t find a substitute teacher in time to make it to her commencement ceremony.

1 / 9
WSSU
World War II veteran and retired teacher Elizabeth Barker Johnson got her 99th birthday wish granted: to walk across the stage at WSSU graduation. Barker couldn't attend her own ceremony after earning her degree back in 1949.

Thursday at her birthday party, WSSU surprised her with a red cap and gown that she’ll wear when she walks with the class of 2019 on May 10.

It’s a dream come true for a woman whose life has been full of historic milestones.

In 1943, Johnson enlisted in the U.S. Army, becoming a member of the 6888th regiment – the only all-female, African American Women’s Army Corps battalion to serve overseas during World War II.

After the war, she became the first woman to enroll at Winston-Salem Teachers College on a GI Bill.

“We are inspired by her and excited to give her the opportunity, 70 years later, to finally walk across stage for commencement,” said Elwood L. Robinson, WSSU chancellor.