Workers at all of Kellogg's US cereal plants go on strike

The union and Kellogg's have been at an impasse at the bargaining table for more than a year. 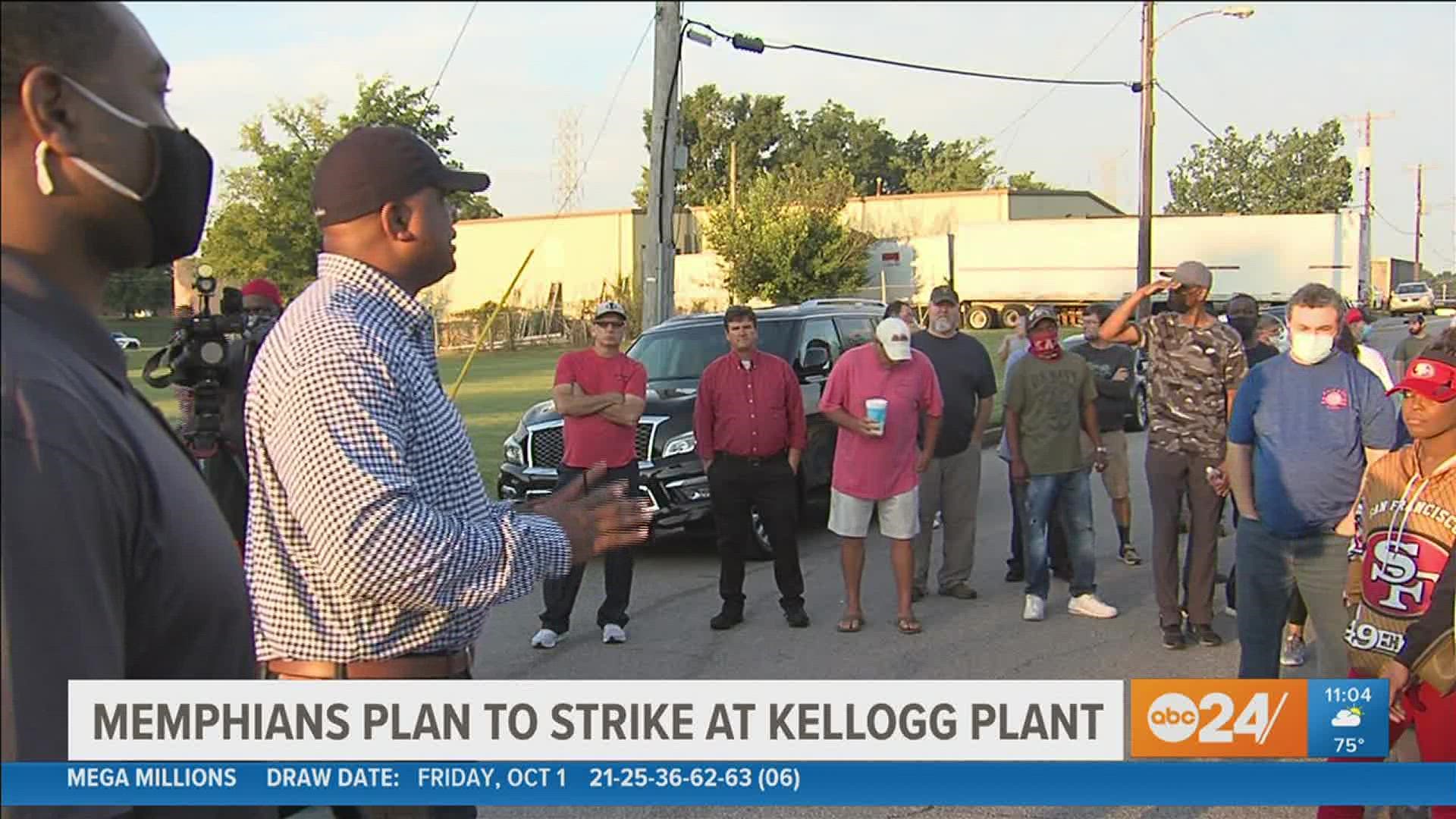 OMAHA, Neb — Work at all of the Kellogg Company's U.S. cereal plants came to a halt Tuesday as roughly 1,400 workers went on strike, but it wasn't immediately clear how much the supply of Frosted Flakes or any of the company's other iconic brands would be disrupted.

The union and the Battle Creek-based company have been at an impasse at the bargaining table for more than a year, said Daniel Osborn, president of the local union in Omaha. The dispute involves an assortment of pay and benefit issues such as the loss premium health care, holiday pay and reduced vacation time, and Osborn said the company has threatened to move some jobs to Mexico.

“A lot of Americans probably don't have too much issue with the Nike or Under Armor hats being made elsewhere or even our vehicles, but when they start manufacturing our food down where they are out of the FDA control and OSHA control, I have a huge problem with that,” Osborn said.

The company insists that its offer is fair and would increase wages and benefits for its employees that it said made an average of $120,000 a year last year.

"We are disappointed by the union’s decision to strike. Kellogg provides compensation and benefits for our U.S. ready to eat cereal employees that are among the industry’s best," Kellogg spokesperson Kris Bahner said in a statement.

Osborn said he expects the company to try to bring non-union workers into the plants at some point this week to try to resume operations and maintain the supply of its products.

The plants have all continued to operate throughout the coronavirus pandemic, but Osborn said that for much of that time workers were putting in 12-hour shifts, seven days a week to keep up production while so many people were out because of the virus.

“The level we were working at is unsustainable,” Osborn said.