The two deaths and the moments of danger for many others brought the sheriff's office to plead with those swimming to be aware of the currents and the warnings. 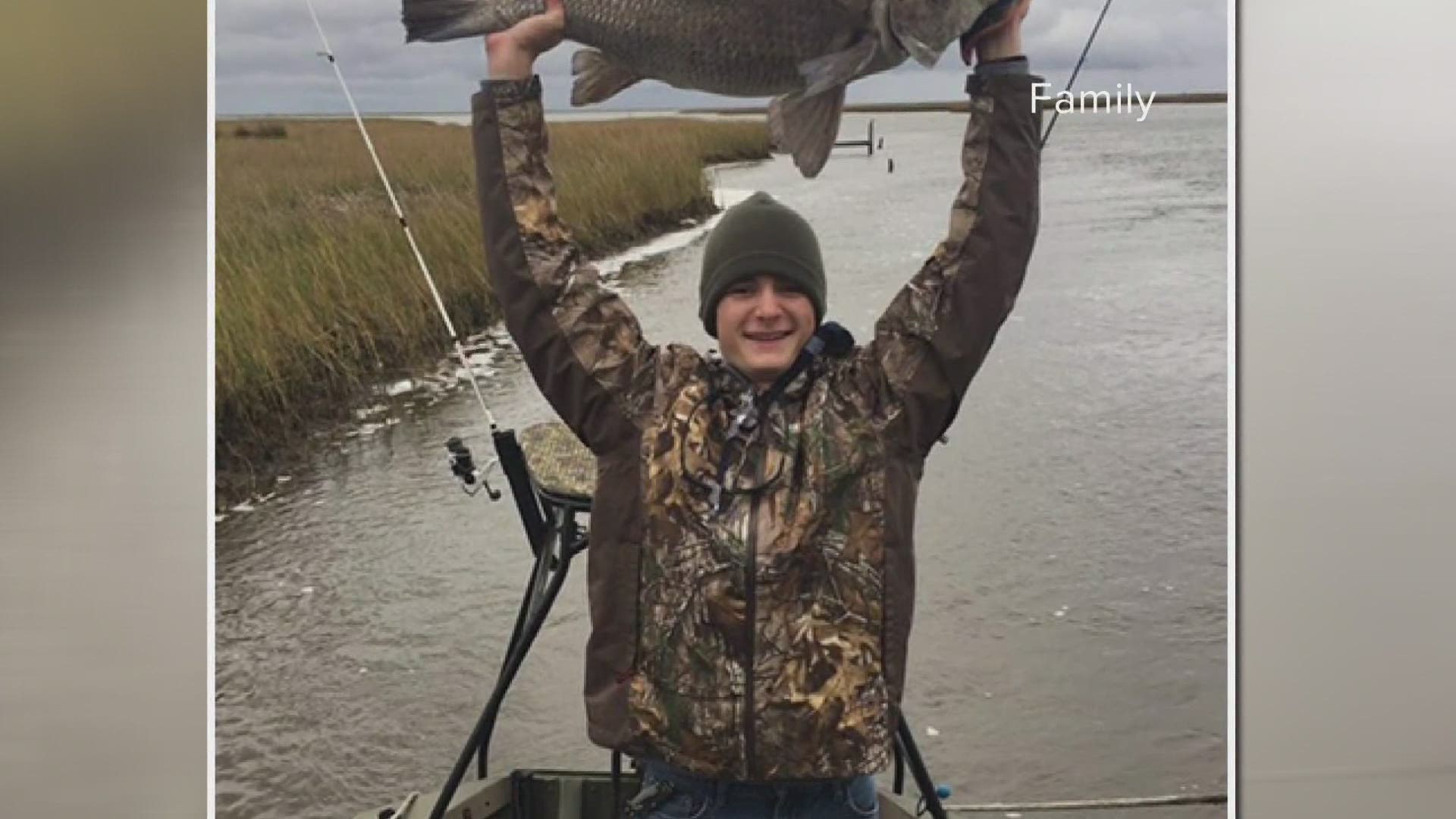 MIRAMAR BEACH, Fla. — An LSU Electrical Engineering student drowned and two Nicholls State University students were hurt after trying to save a boy from a rip current during their spring break in Florida last week.

The Walton County Sheriff's Office reported on April 8 that a 21-year-old man was pulled from the waters in Miramar Beach and later died. That man was later identified as 21-year-old Layne Gravois of Gray, La.

A North Carolina man on the beach that day, who also helped in the rescue efforts, said Gravois and his friends' actions were heroic.

"I looked over and saw a human chain of people all holding hands linking together going into the water so I could tell it was trouble immediately," said Ryan Doberstein.

Gravois' mother, Kristi Gros Gravois, told WWL-TV that her son and his friends were trying to save a little boy in distress when they were pulled by the rip currents themselves.

"He only went in the water to try and save him," Kristi Gros Gravois said.

She said that Layne was a junior honor student at Louisiana State University studying electrical engineering.

"Amazing son, athlete - loved football, baseball," his mother said. "Loved fishing, traveling, being with friends and family. He was the absolute best and we were blessed with him."

Two Nicholls State University students were also hospitalized after attempted to rescue the young boy. A spokesperson for the university identified those students as Jordan Servat and Reed Boudreaux.

"Someone lost their life in an act of heroism. It was very sad," spokesperson Jarod David told Houma Today.

The Walton County Sheriff’s Office closed waters in the county on April 8 after more than a dozen people were pulled from the Gulf of Mexico.

“During these water rescues, the flags stood at single red,” the sheriff’s office wrote on social media on Saturday. “That still indicates that the water was an incredible threat to human life with high surf and strong rip currents.”

Another man, later identified as 55-year-old Kim McGrady, also died by accidental drowning on the same day near the same beach. 11Alive.com reports that a memorial set up for McGrady said that he also died trying to save others while at the beach with his family.

"While saving three people, Kim got caught in the riptide and drowned," the memorial said. "Kim was always one to put others before himself. Kim McGrady left this world a hero."

The two deaths and the moments of danger for many others brought the sheriff's office to plead with those swimming to be aware of the currents and the warnings.

"Know that just because we cannot keep you out of the Gulf during single red, does not mean you should be in it," the sheriff's office said. "Mother Nature can be very unforgiving."