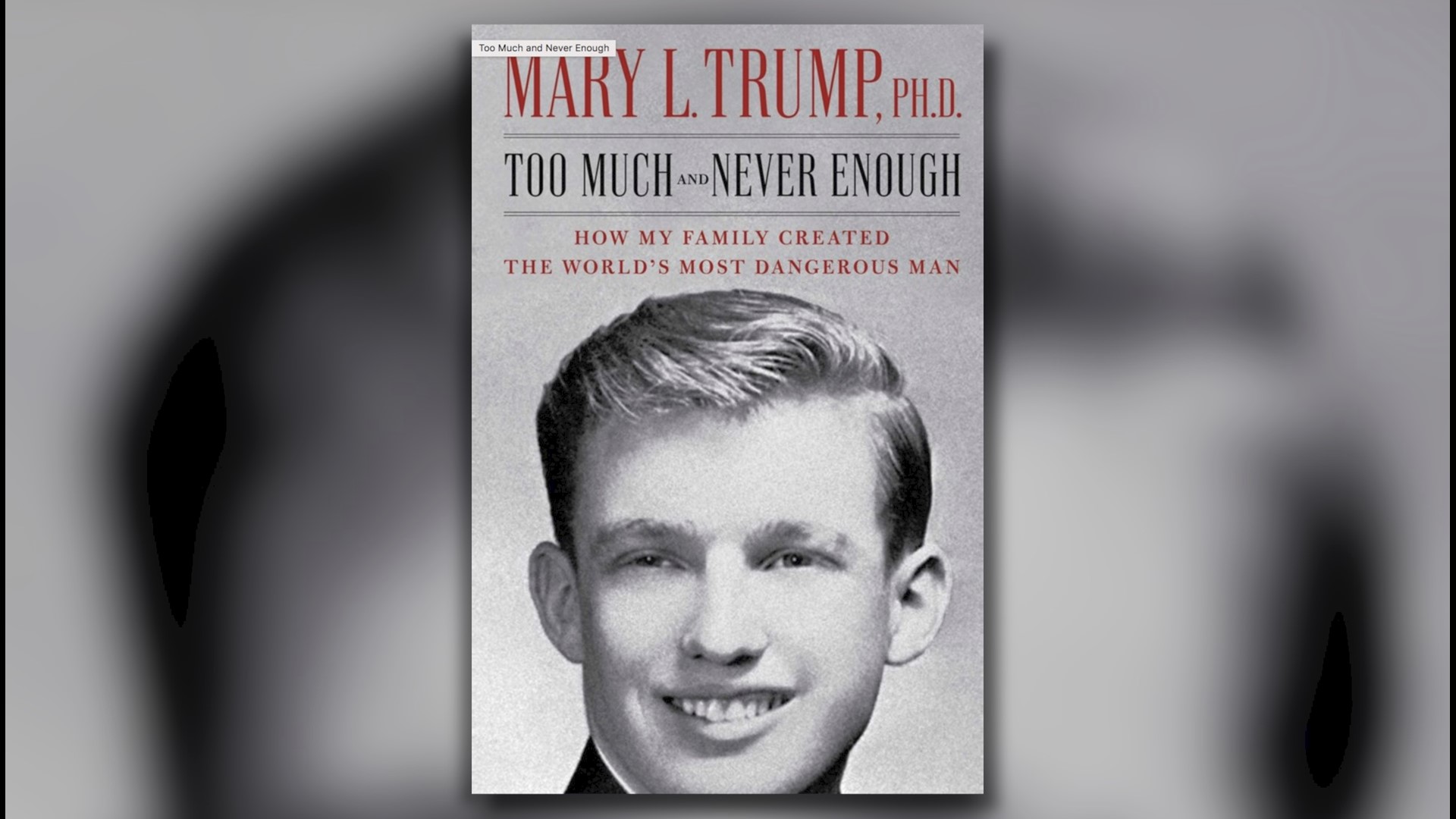 Simon & Schuster announced Thursday that Mary Trump's “Too Much and Never Enough” had sold a company record 950,000 copies in combined print, digital and audio editions as of its date of sale, earlier this week.

“By the time this book is published, hundreds of thousands of American lives will have been sacrificed on the altar of Donald’s hubris and willful ignorance. If he is afforded a second term, it would be the end of American Democracy," she writes in “Too Much and Never Enough, How My Family Created The World’s Most Dangerous Man.”

In her book, Mary Trump, who is estranged from her uncle, makes several revelations, including alleging that the president paid a friend to take the SATs — a standardized test widely used for college admissions — in his place. She writes that his sister, Maryanne Trump, did his homework for him but couldn’t take his tests and he worried his grade point average, which put him far from the top of the class, would “scuttle his efforts to get accepted” into the Wharton School of the University of Pennsylvania, which he transferred to after two years at Fordham University in the Bronx.

Credit: AP
This combination photo shows the cover art for "Too Much and Never Enough: How My Family Created the World’s Most Dangerous Man", left, and a portrait of author Mary L. Trump, Ph.D. The book, written by the niece of President Donald J. Trump, was originally set for release on July 28, but will now arrive on July 14. (Simon & Schuster, left, and Peter Serling/Simon & Schuster via AP)

“To hedge his bets he enlisted Joe Shapiro, a smart kid with a reputation for being a good test taker, to take his SATs for him,” she writes, adding that, “Donald, who never lacked for funds, paid his buddy well.” White House spokesperson Sarah Matthews called the allegation “completely false.”

President Trump and his allies had tried to stop both books from coming out, alleging that Bolton had revealed classified information and that Mary Trump had violated a nondisclosure agreement. Judges in each case denied requests for injunctions.