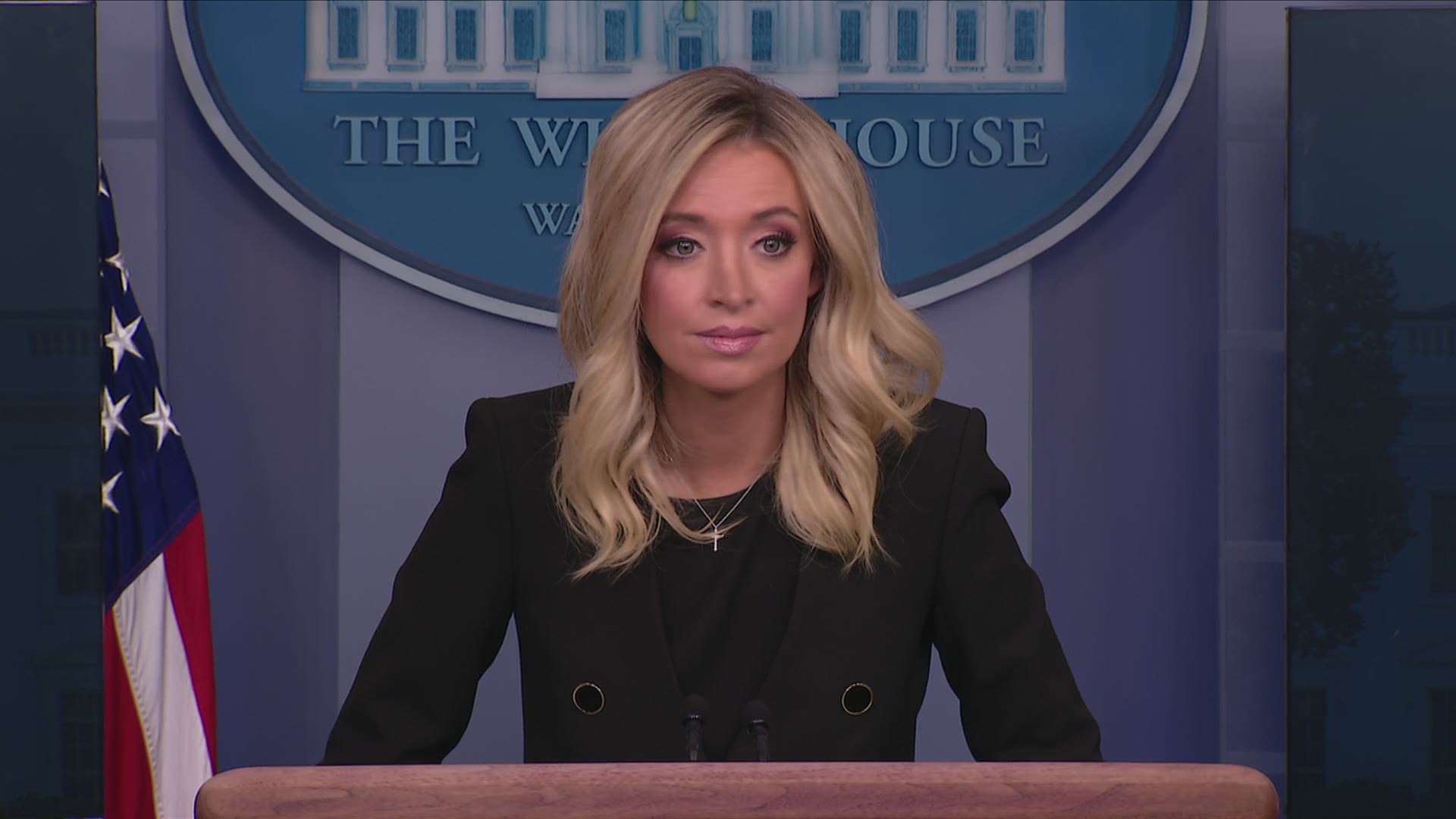 WASHINGTON — President Donald Trump's new spokeswoman, Kayleigh McEnany, vowed on Friday not to lie to reporters as she made her debut at the first White House briefing by a press secretary in more than a year.

“I will never lie to you,” McEnany told reporters. “You have my word on that.”

McEnany, who joined the White House last month, took the stage behind a podium that had quite literally been collecting cobwebs before the president began the practice of holding his own daily briefings due to the coronavirus.

McEnany said she has daily interactions with the president and sees it as her “mission” to convey his mindset to the public.

During past administrations, a White House press secretary holding a formal briefing would hardly be news. But it was the first such briefing since March 11, 2019, when Sarah Sanders took to the podium for the first time in more than a month and was pressed on comments Trump reportedly made at a fundraiser claiming that Democrats hated Jewish people. Sanders left her post that summer and her successor, Stephanie Grisham, never held a briefing during her entire nine-month tenure.

The briefings were must-see TV during the early days of the Trump administration, when viewers would tune in to see Trump's first press secretary, Sean Spicer, spar with the press. But the media-obsessed Trump, who sees himself as his best spokesman, communications director and strategist, came to the conclusion last year that the spectacle had diminishing returns, people close to him said at the time.

The White House has long made the case that the briefings are less important in the Trump administration because the president is so accessible, answering reporters' questions on an often-daily basis. Trump had been holding his own daily briefings through much of the pandemic, but scaled back this week amid concerns that he was doing himself political damage and as the White House tries to pivot toward a focus on reopening.

Spicer got off to a contentious early start with reporters when he used his first press briefing to falsely claim that Trump's inauguration had drawn the biggest crowd ever. Sanders' briefings were also contentious, and she drew criticism for her own false statements, despite once telling reporters, “I don’t think it’s appropriate to lie from the podium or any other place."

Asked on Thursday whether she would be taking the podium anytime soon, McEnany, who previously served as a spokeswoman for Trump's reelection campaign quipped: “Never say never.”

“There’s so much news in a given day around here and it's great to have the press secretary out there," she told reporters Friday. “It’s good to have her out there speaking on behalf of the president."

Grisham, who succeeded Sanders and Spicer, was arguably the nation’s least visible press secretary in modern history. While she made occasional appearances on the Fox News Channel, she preferred to tape her interviews in a studio to avoid having to speak to reporters who gather on the White House driveway to interview officials after they appear on TV via cameras set up outside the executive mansion.