Nike's Colin Kaepernick shoe sells out in one day

The shoe reportedly includes the date when Kaepernick first refused to stand during the National Anthem. 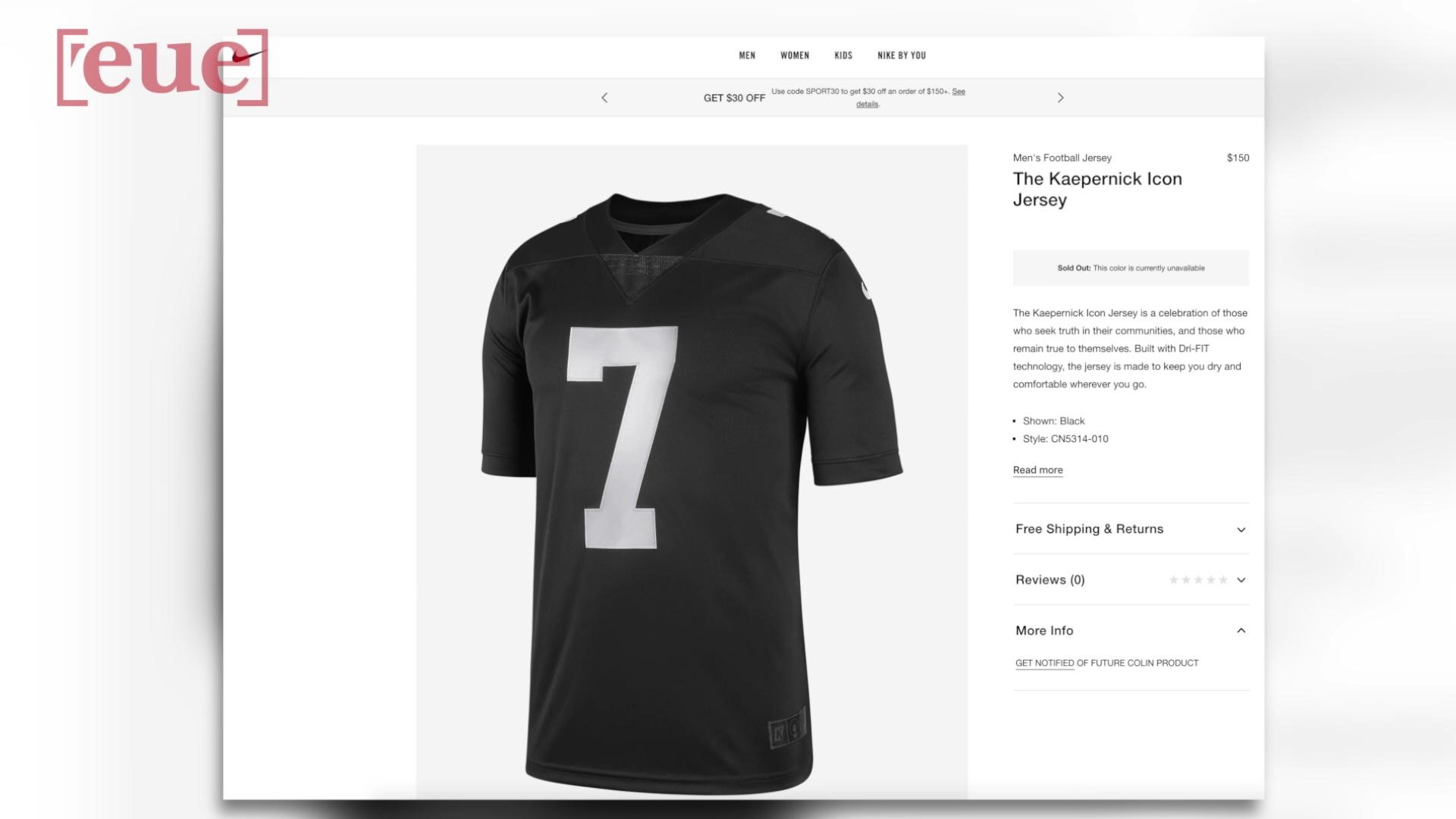 The NFL may have "moved on" from Colin Kaepernick, but the quarterback can still sell a shoe.

Forbes reports Kaepernick's Nike Air Force 1 '07 sold out online in just one day after going on sale in North America, although retail locations may still have them.

The shoe reportedly included an embroidered print of Kaepernick's face on the back. The numbers "08 14 16" appear on the sole of the right shoe, according to multiple reports. That's the date when Kaepernick first chose to not stand for the National Anthem.

Nike's website indicated the shoe went on sale on Monday and is already sold out. It sold for $110. The little kids version, sold for $75, was also sold out.

The quick sale is an indication that Nike's decision to embrace the controversial quarterback isn't hurting business. In February, Nike sold a simple Kaepernick football jersey, bearing just his name and his former No. 7, that sold out within hours.

RELATED: Report: No interest in Kaepernick by NFL teams after workout

Kaepernick first sat and later kneeled during the National Anthem prior to games in 2016, protesting police brutality and racial injustice. That inspired others in the NFL and across other sports to do the same.

It also drew backlash, largely from conservatives who called for boycotts of the NFL. President Donald Trump called out players and urged owners to fire any players who did not stand for the anthem.

Nike decided in 2018 to launch an ad campaign centered around Kaepernick. Like the quarterback's protests, it drew both praise and condemnation.

Kaepernick hasn't been on an NFL roster since 2016. He has claimed that the league has blackballed him due to his protests.

Kaepernick took part in a workout for NFL teams in Atlanta last month. After he made a last-minute decision to move the workout from the Atlanta Falcons facility to a nearby high school, seven teams showed up. No NFL teams reportedly reached out to Kaepernick afterward to bring him in for discussions.

"It was a unique opportunity. A credible opportunity," NFL Commissioner Roger Goodell said earlier this month. "He chose not to take it, and I understand that. We've moved on from here."