The Trump campaign communications director tweeted an image of a headline declaring Al Gore the election winner in 2000. The newspaper said it was doctored. 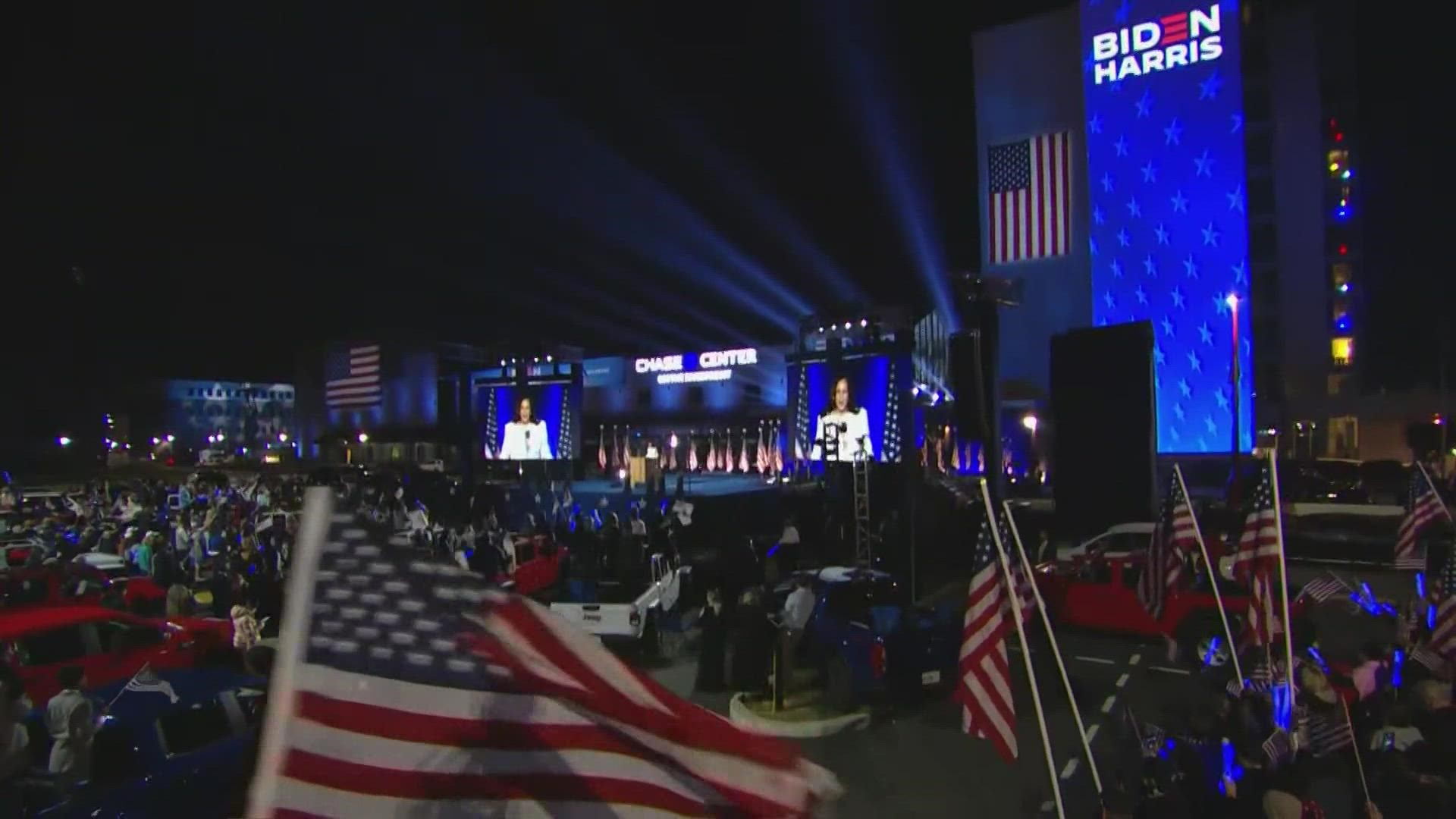 A Washington, D.C., newspaper had to correct a Trump campaign official who tweeted out an image that showed the paper with a 20-year-old headline that read "President Gore," a day after major news outlets determined President-elect Joe Biden would defeat President Donald Trump. The paper said the headline never existed.

Tim Murtaugh, the campaign's communications director, tweeted the image, purportedly from The Washington Times, with the bold headline and a photo of former Vice President Al Gore taking the oath of office.

"Greetings staff @TeamTrump HQ this morning, a reminder that the media doesn't select the president," Murtaugh tweeted, and later deleted. It included an image of a Washington Times paper dated Nov. 8, 2020. He also showed the paper plastered across the walls and cabinets of an office kitchen, which Axios reported was at Trump campaign headquarters.

"Those photos have been doctored. The Washington Times never ran a 'President Gore' headline," the paper responded on Twitter.

Those photos have been doctored. The Washington Times never ran a "President Gore" headline.

An eagle-eyed, self-described "font nerd" noted that font for the word "Gore" in the headline was a different font than "president."

The font on the real life headline (pictured below, left) was ITC Franklin Gothic Condensed. The word “Gore,” photoshopped over the headline by some total amateur, is … something else entirely. pic.twitter.com/rtfcQ6jaDC

Murtaugh later told Axios he didn't know the front page was fake and deleted the tweet.

Gore narrowly lost the electoral vote total to George W. Bush in 2000 after a long court battle over a recount in Florida. On election night, major news outlets prematurely declared Gore the winner, then declared Bush the winner before the recount battle began.

RELATED: Joe Biden seeks to move quickly and build out his administration

RELATED: Trump, who never admits defeat, mulls how to keep up fight

All major news outlets have called the race for Biden after he was projected to win Pennsylvania on Saturday. Biden gave his victory speech Saturday night.

Biden leads the electoral vote total over Trump 290-214 with 270 minimum needed to win, according to The Associated Press. Even without Pennsylvania's 20 electoral votes, he would be at the minimum to win election.

Biden also leads in Georgia which has 16 electoral votes, but the margin is so close that it is expected to go to a recount.

Trump has not conceded and his campaign has vowed to continue its legal efforts. The president has claimed, without evidence, there was widespread fraud. Some Republicans have stood by Trump's claims while others have indicated they accept the outcome and have urged Trump to do the same.

Biden leads Trump in the national popular vote by more than 4.4 million, according to AP.