Moments after Trump arrived at the Supreme Court, booing could be heard from spectators who then briefly chanted “Vote him out” and "Honor her wish." 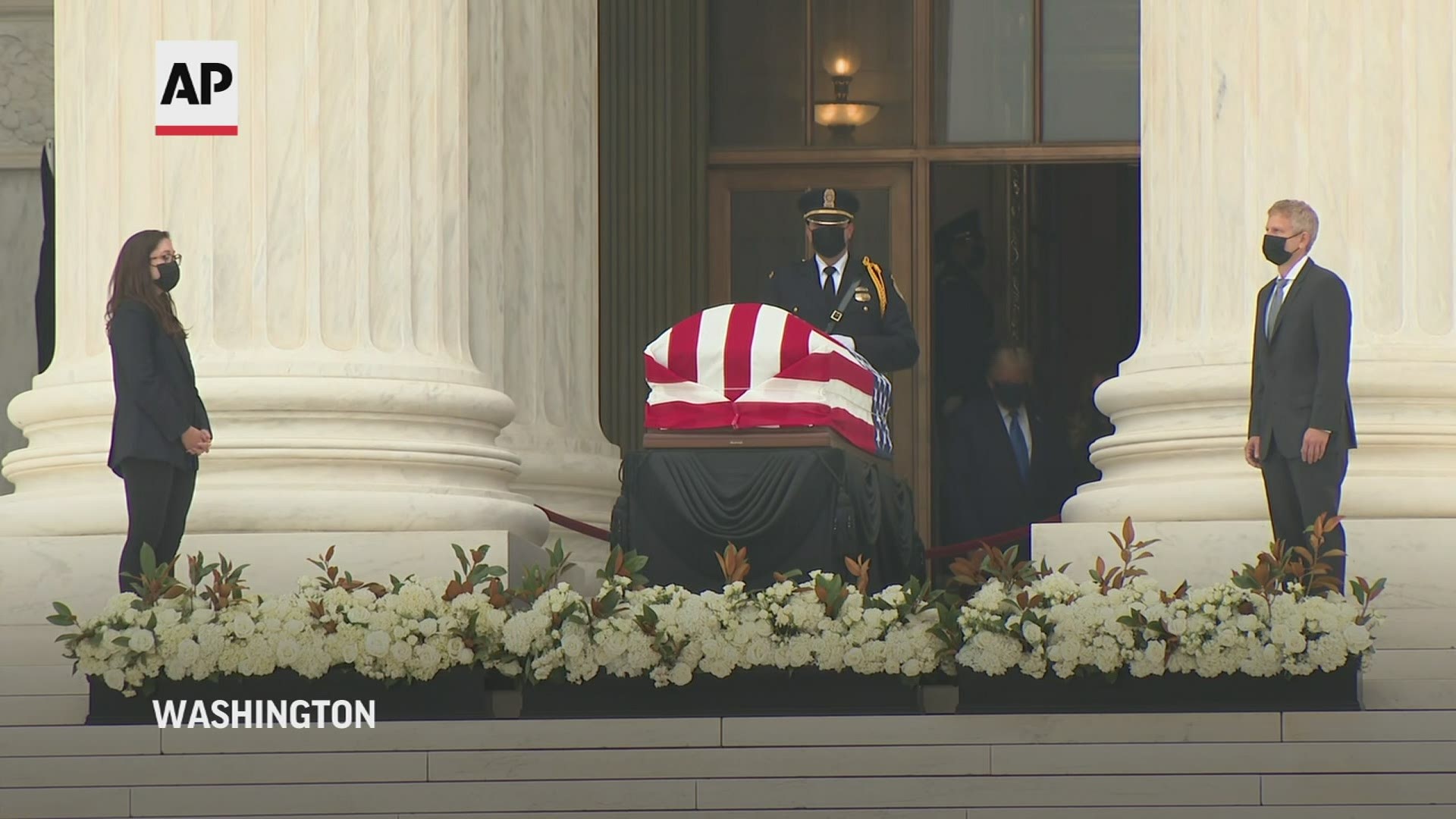 The president and first lady Melania Trump — both wearing masks — stood silently at the top of the steps of the court and looked down at Ginsburg's flag-draped coffin, surrounded by white flowers. The death of the liberal-leaning justice has sparked a controversy over the balance of the court just weeks before the November presidential election.

Trump has called Ginsburg an “amazing woman,” but some spectators were not happy that he came. Moments after he arrived, booing could be heard from spectators who then briefly chanted, “Vote him out” and "honor her wish."

In the days before her death, Ginsburg reportedly told her granddaughter that it was her "most fervent wish" that she did not want her replacement on the court picked until a new president is inaugurated.

Trump later claimed without evidence that Democrats were behind that report. House Intelligence Committee Chair Adam Schiff said President Trump had reached a new low for suggesting such a thing.

Chants of “Vote him out!” and “Honor her wish!” outside the Supreme Court as the president arrives pic.twitter.com/lys9EqBuNs

The president said he plans to announce his Supreme Court nominee on Saturday at 5 p.m. Eastern.

Democrats raised more than $71 million in the hours after Ginsburg's death.

The jaw-dropping sum was raised by 9 p.m. Saturday after news of her death broke late Friday, according to a donation ticker on the website of ActBlue, the party's online fundraising platform. 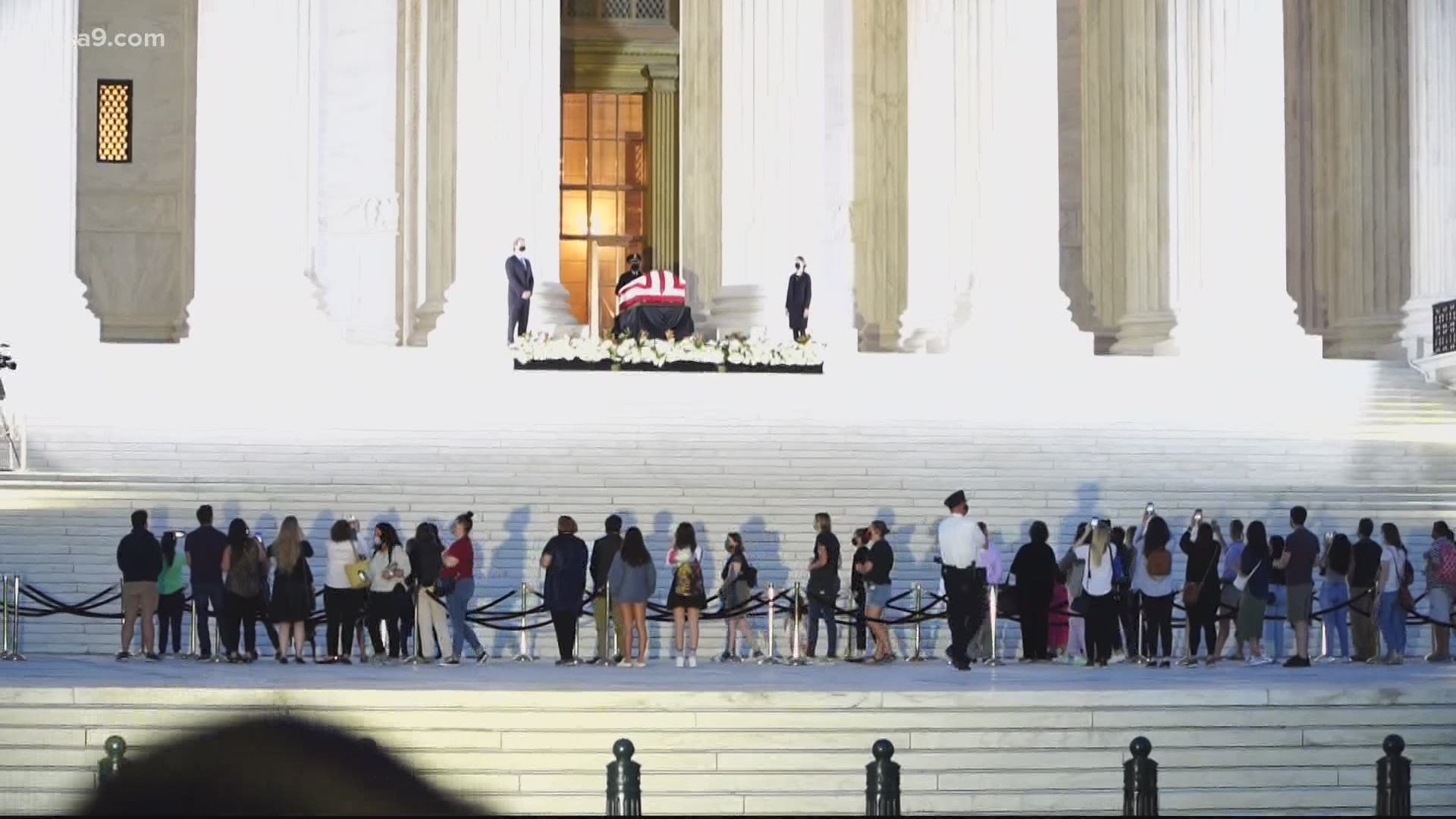