WASHINGTON — President Donald Trump invited several special guests to help him highlight key themes during his State of the Union address on Tuesday.

The White House released details about the honored guests around midday Tuesday. The group includes a wide range of attendees like members of military families, local leaders and others who are from different walks of life. The White House said each person represents the "very best of America" and people the world over.

Trump delivered his speech at 9 p.m. Eastern Time on Tuesday.

RELATED: Why do we have a State of the Union? And why does Nancy Pelosi get to call the shots?

Here's a breakdown of who attended the event:

The White House said Janiyah is a fourth-grader who loves art and math, but she has been assigned to a low-performing school. Her mother, Stephanie, is a single mother who tried to apply for a tax credit scholarship. However, due to Pennsylvania’s governor recently vetoing school choice legislation, Janiyah remained among the estimated 50,000 students on a waitlist.

Stephanie and Janiyah Davis from Philadelphia, Pennsylvania are special guests at the 2020 State of the Union address.
The White House

This family from Oklahoma lost their husband and father, Army Staff Sergeant Christopher Hake, while he was serving his second tour of duty in Iraq. Hake's vehicle was hit by a roadside bomb, which the White House claims were supplied by terrorist leader Qasem Soleimani. Gage, was only 1-years-old at the time.

Kelli and Gage Hake from Stillwater, Oklahoma are special guests at the 2020 State of the Union address.
The White House

President Trump has invited Jody Jones who lost his brother on December 17, 2018, after an illegal immigrant shot and killed him in Tulare County, California. The White House said the person who killed Rocky Jones had previously been arrested for violent crimes and had been deported twice.

Jody Jones from Farmersville, California is a State of the Union 2020 special guest.
The White House

This United States Army veteran started a contracting business after leaving the military. In Montgomery, Alabama Morrow's company is building a new concrete plant that will help support several new F-35 jets that are stationed in the region.

Paul Morrow from Montgomery, Alabama is a special guest during the 2020 State of the Union address.
The White House

Ellie Schneider is one of the youngest babies to survive in the United States after being born at just 21 weeks and six days. Ellie beat the odds, exceeded milestones and fought for her life. Ellie is now a healthy and happy two-year-old, according to the White House.

This Army veteran has been part of the U.S. Border Patrol for nearly three decades. The White House said in 2019, Ortiz became Chief Patrol Agent of the Del Rio Sector. Was responsible for all Border Patrol operations in 41 Texas counties—including 210 miles of border between the United States and Mexico. Ortiz was recently promoted again to be second in command for more than 20,000 agents and professional staff.

Rankins is an Army veteran who served in Afghanistan. He suffers from Post-Traumatic Stress Disorder and became addicted to drugs. He lost his job, served time in prison and ended up living in his car. A company, "R Investments" helped him get back on his feet. He was taught carpentry, painting, brickwork and more. Today, he has overcome his drug addiction and works in Cincinnati, Ohio.

Tony Rankins from Cincinnati, Ohio is a special guest at the 2020 State of the Union address.
The White House

The White House said Simonovis was the Chief of Police in Venezuela's capital city. He was imprisoned in 2004 for 15 years because he protected protestors. The White House said he escaped from Venezuela in 2019 and was brought to Fort Lauderdale, Florida. Immigration agents welcomed him to the United States.

President Trump had Smith as a guest. His brother, Channing Smith, was a 16-year-old from Tennessee who committed suicide last September.  Prior to his death, Channing had suffered from cyber-assault on social media by students from his high school.

Joshua Smith from Paducah, Kentucky was a guest at the 2020 State of the Union address.
The White House

Carl and Marsha Mueller’s daughter, Kayla, was a devoted humanitarian aid worker who was kidnapped by ISIS on her way back from a Doctors without Borders hospital in Aleppo. The White House said Kayla was held captive and tortured by the leader of ISIS, Abu Bakr al-Baghdadi, before being murdered.

Carl and Marsha Mueller from Prescott, Arizona were guests at the 2020 State of the Union
The White House

RELATED: Trump State of the Union to project optimism during bitter division

After earning his wings in 1943, Tuskegee Airman Charles McGee flew a total of 409 aerial fighter combat missions during 30 years of military service. He is a veteran of World War II, the Korean War, and the Vietnam War. General McGee recently participated in the Super Bowl LIV coin toss and had his stars pinned to his uniform the day of President Trump’s 2020 State of the Union Address. General McGee is an American hero who has rendered invaluable service to his country.

Retired Brigadier General Charles McGee from Bethesda, Maryland was a guest at the 2020 State of the Union address.
The White House

RELATED: On his 100th birthday, Tuskegee Airman wants to inspire the next generation of pilots

Eight grader Iain Lanphier is the great-grandson of Tuskegee Airman Charles McGee. Iain hopes to write the next chapter in his family’s remarkable story by attending the Air Force Academy and eventually going to space.  Last summer, he was the top graduate of the Aerospace Career Education program sponsored by the Organization of Black Aerospace Professionals and supported by the Tuskegee Airmen, Inc. 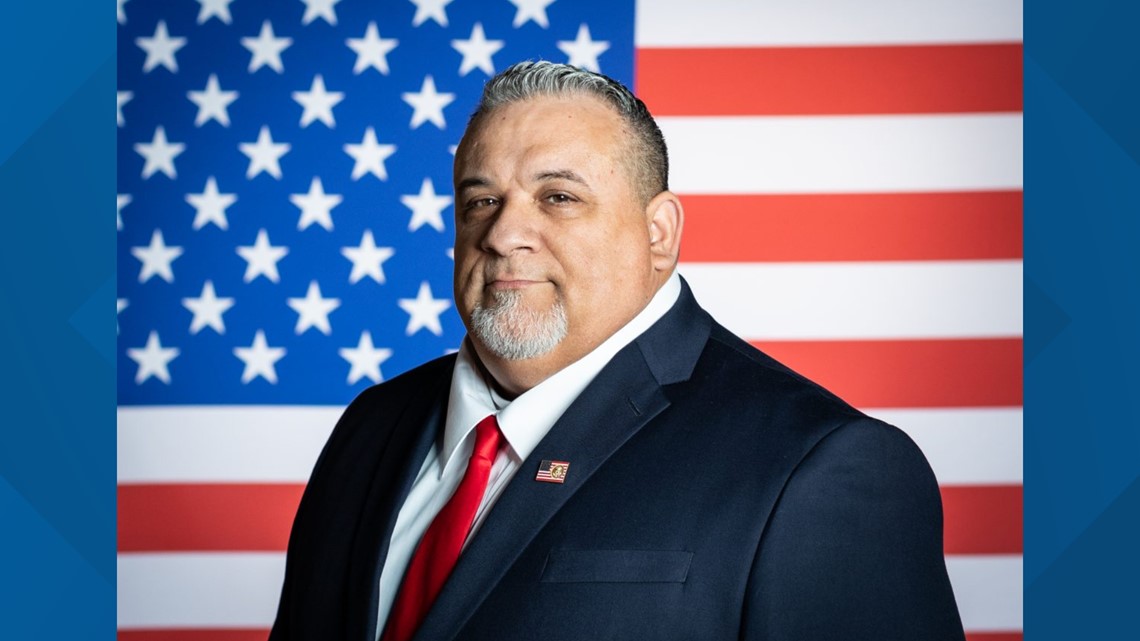