Pentagon says US contractor died in rocket attack at Iraq base 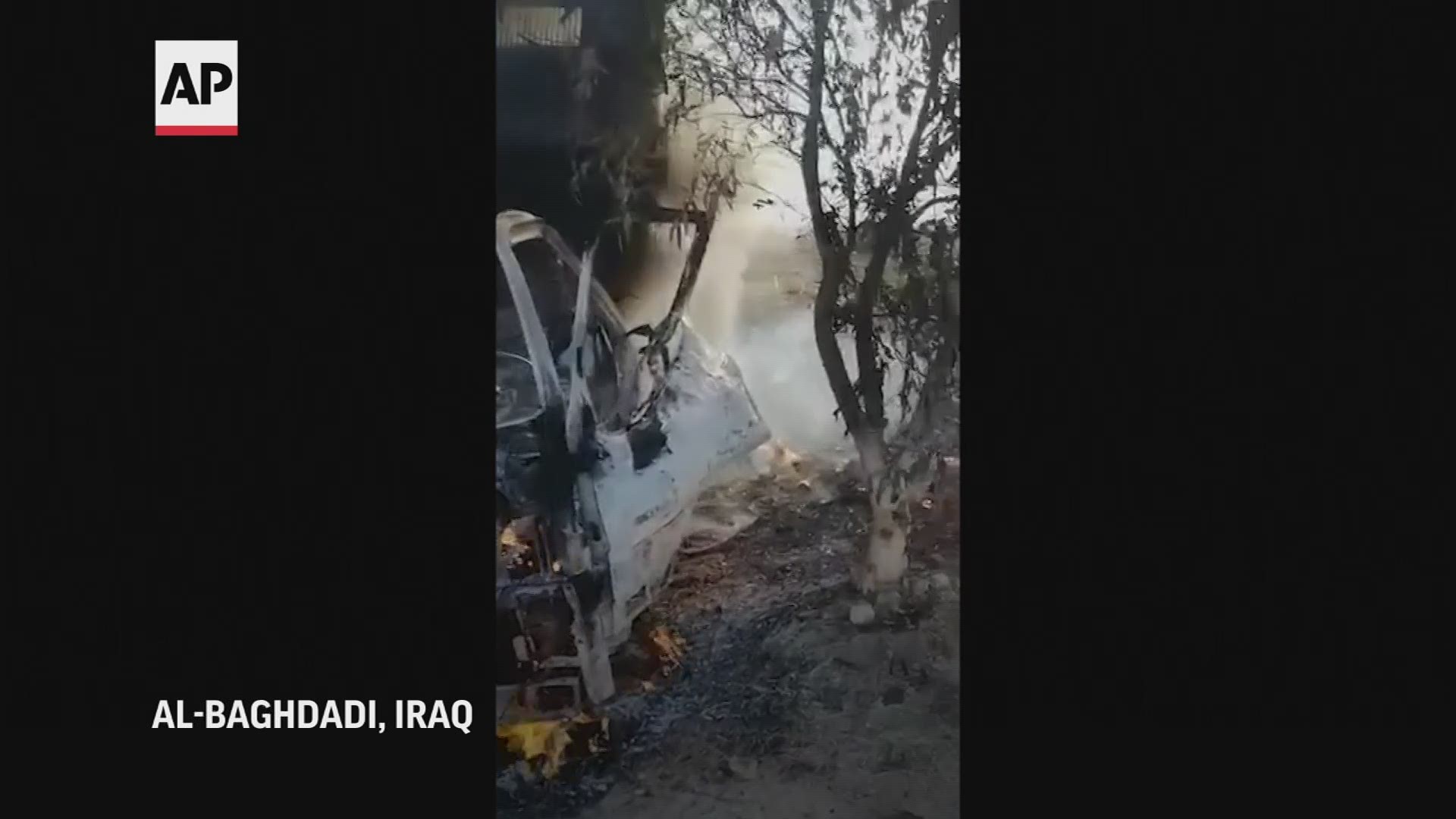 BAGHDAD, Iraq — A U.S. contractor died Wednesday when at least 10 rockets slammed into an air base housing U.S. and other coalition troops in western Iraq, the Pentagon said.

Pentagon spokesperson John Kirby said the contractor “suffered a cardiac episode while sheltering” and died shortly afterward. He said there were no service members injured and all are accounted for. British and Danish troops also are among those stationed at the base.

The rocket attack was the first since the U.S. struck Iran-aligned militia targets along the Iraq-Syria border last week, killing one militiaman and stoking fears of another cycle of tit-for-tat attacks as happened more than a year ago.

Those attacks culminated in the U.S. drone strike in January 2020 that killed Iranian Gen. Qassim Soleimani in Baghdad and set off months of increased troops levels in the region. Wednesday's death of the contractor heightens worries that the U.S. could be drawn into another period of escalating attacks, complicating the Biden administration's desire to open talks with Iran over the 2015 nuclear deal.

No one claimed responsibility for Wednesday’s attack, which comes two days before Pope Francis is scheduled to visit the country despite concerns about security and the coronavirus pandemic. The much-anticipated trip will include stops in Baghdad, southern Iraq and the northern city of Irbil.

The rockets struck Ain al-Asad airbase in Anbar province early in the morning, U.S.-led coalition spokesperson Col. Wayne Marotto said. Kirby said the rockets were fired from east of the base, and that counter-rocket defensive systems were used to defend forces at the base.

Kirby said the U.S. can't attribute responsibility for the attack yet, and that the extent of the damage was still being assessed.

It's the same base that Iran struck with a barrage of missiles in January of last year in retaliation for the killing of Soleimani. Dozens of U.S. service members suffered concussions in that strike.

The Iraqi military released a statement saying that Wednesday's attack did not cause significant losses and that security forces had found the launch pad used for the rockets — a truck. Video of the site shows a burning truck in a desert area.

British Ambassador to Iraq Stephen Hickey condemned the attack, saying it undermined the ongoing fight against the Islamic State group. “Coalition forces are in Iraq to fight Daesh at the invitation of the Iraqi government,” he tweeted, using the Arabic acronym for IS. “These terrorist attacks undermine the fight against Daesh and destabilize Iraq.”

Denmark said coalition forces at the base were helping to bring stability and security to the country.

“Despicable attacks against Ain al-Asad base in #Iraq are completely unacceptable," Danish Foreign Minister Jeppe Kofod tweeted. The Danish armed forces said two Danes who were at the base at the time of the attack are unharmed.

Last week's U.S. strike along the border was in response to a spate of rocket attacks that targeted the American presence, including one that killed a coalition contractor from the Philippines outside the Irbil airport.

After that attack, the Pentagon said the strike was a “proportionate military response.”

RELATED: Iran fires back at US with missile attack at bases in Iraq

Denmark remains committed, will coordinate closely with our partners and allies.#dkpol

Marotto, the coalition spokesperson, said the Iraqi security forces were leading an investigation into the attack.

Frequent rocket attacks in Baghdad targeting the heavily fortified Green Zone, which houses the U.S. Embassy, during Donald Trump’s presidency frustrated the administration, leading to threats of embassy closure and escalatory strikes. Those attacks have increased again in recent weeks, since President Joe Biden took office, following a lull during the transition period.

U.S. troops in Iraq significantly decreased their presence in the country last year and withdrew from several Iraqi bases to consolidate chiefly in Ain al-Asad, Baghdad and Irbil.