The conservative radio host said he had received bad news about his cancer this month. He said he's 'under a death sentence.' 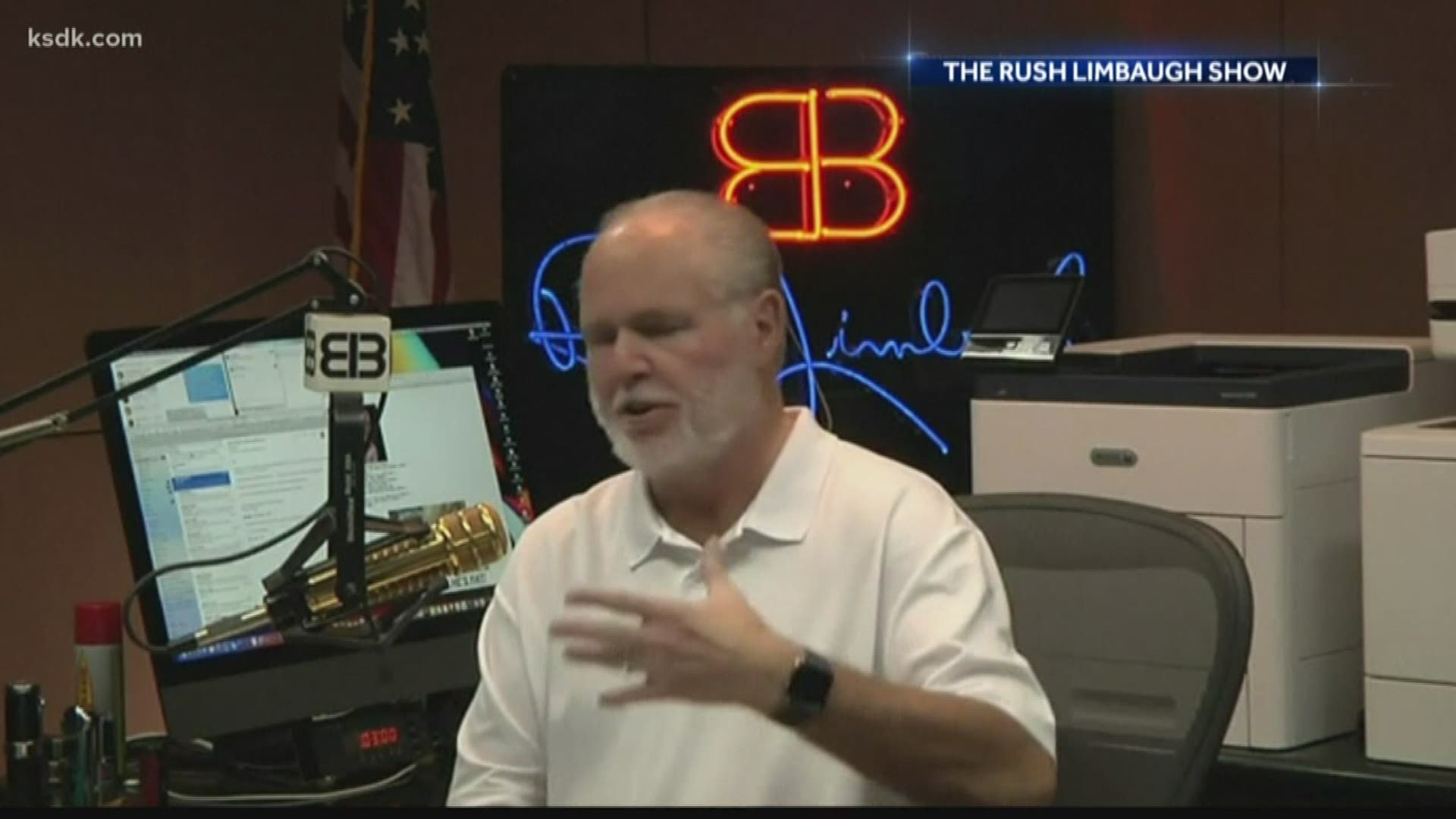 Talk show host Rush Limbaugh told his listeners Monday that he can no longer deny he's "under a death sentence" in his fight against stage 4 lung cancer.

Limbaugh, 69, said that he recently had scans show "some recent progression." However, he added that "it’s not dramatic, but it is the wrong direction," he said, according to a transcript on his website.

He first announced he was diagnosed with advanced lung cancer on Feb. 3, 2020. The following day he received the Presidential Medal of Freedom, the nation's highest civilian honor, during the State of the Union Address by President Donald Trump.

RELATED: Rush Limbaugh awarded Medal of Freedom at Trump's State of the Union

During his show Limbaugh said he has been reluctant to share updates on his illness because he's "not the only one that’s going through hardships, challenging times."

"In a nutshell, there are lots of ups and downs in this particular illness. And it can feel like a roller coaster at times that you can’t get off of," Limbaugh said. "I want to stress here that I know countless numbers of you are experiencing the same thing. If it isn’t lung cancer, it’s some kind of cancer."

Credit: AP
FILE - In this Jan. 1, 2010 file photo, conservative talk show host Rush Limbaugh speaks during a news conference at The Queen's Medical Center in Honolulu. Limbaugh says he’s been diagnosed with advanced lung cancer. Addressing listeners on his program Monday, Feb. 3, 2020, he said he will take some days off for further medical tests and to determine treatment. (AP Photo/Chris Carlson, File)

The conservative radio host, who recently had President Trump on his show for a two-hour interview, explained that he had received bad news about his cancer this month during treatment.

“The scans did show some progression of cancer. Now, prior to that, the scans had shown that we had rendered the cancer dormant," he said. "That’s my phrase for it. We had stopped the growth. It had been reduced, and it had become manageable. But there’s always the reality and the knowledge that that can change and it can come back because it is cancer. It eventually outsmarts pretty much everything you throw at it.”

“The Rush Limbaugh Show” first aired in 1988, according to Fox News. Limbaugh is also a No. 1 New York Times best-selling author and a member of the Radio Hall of Fame and National Association of Broadcasters Hall of Fame.