Russia follows US to withdraw from Open Skies Treaty

The treaty was meant to build trust between Russia and the West by allowing the accord’s signatories to conduct reconnaissance flights over each other's territories. 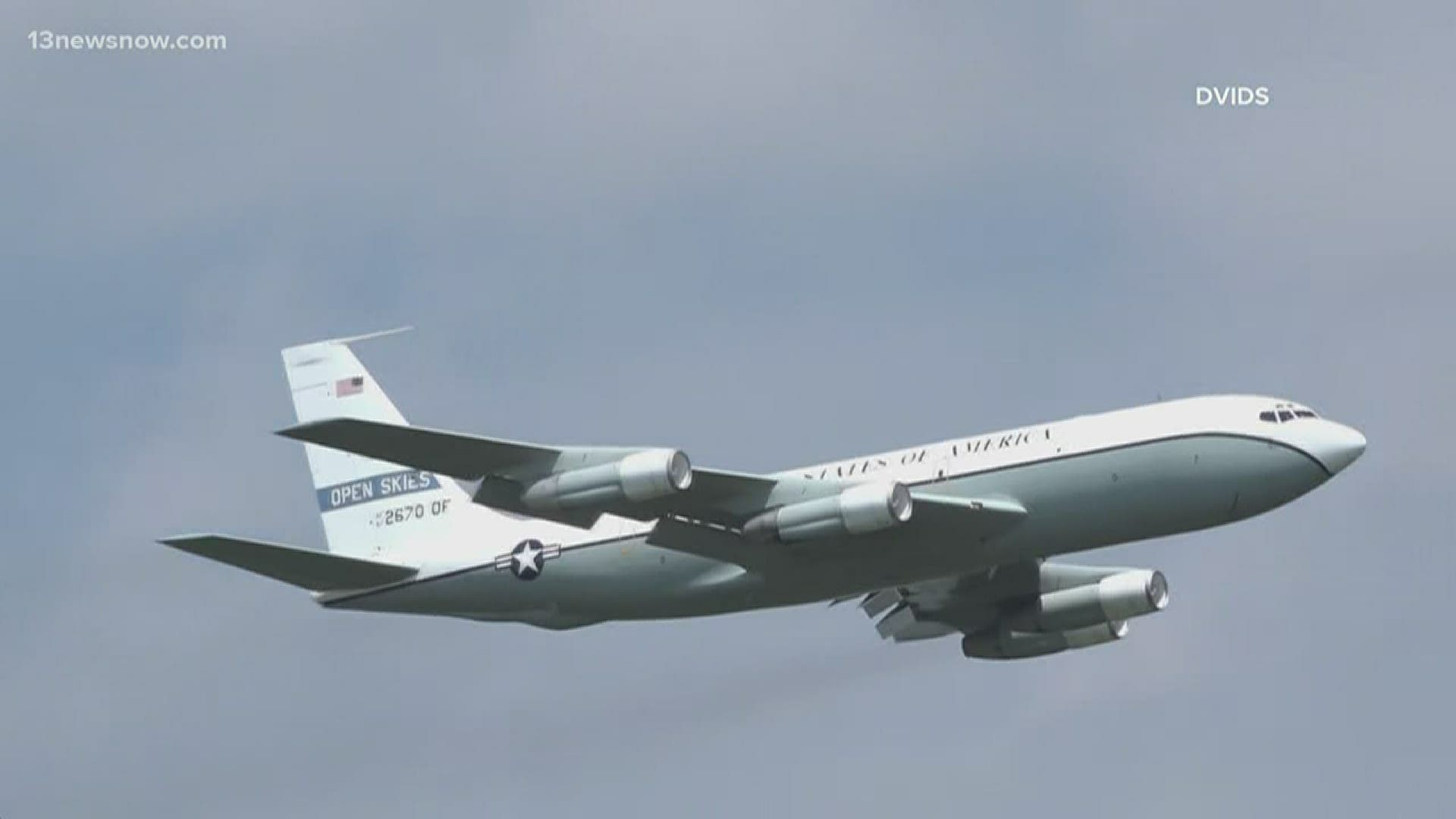 Russia said Friday it will withdraw from an international treaty allowing observation flights over military facilities following the U.S. exit from the pact.

Russia’s Foreign Ministry said in a statement that the U.S. withdrawal from the Open Skies Treaty last year “significantly upended the balance of interests of signatory states,” adding that Moscow’s proposals to keep the treaty alive after the U.S. exit have been cold-shouldered by Washington’s allies.

The ministry said that Russia is now launching the relevant procedural moves to withdraw from the pact "due to the lack of progress in removing the obstacles for the treaty's functioning in the new conditions.”

The treaty was intended to build trust between Russia and the West by allowing the accord’s more than three dozen signatories to conduct reconnaissance flights over each other’s territories to collect information about military forces and activities.

U.S. President Donald Trump declared Washington’s intention to pull out of the Open Skies Treaty in May, arguing that Russian violations made it untenable for the United States to remain a party. The U.S. completed its withdrawal from the pact in November.

RELATED: China lashes out at US withdrawal from open skies treaty

Russia denied breaching the treaty, which came into force in 2002. The European Union has urged the U.S. to reconsider and called on Russia to stay in the pact and lift flight restrictions, notably over its westernmost Kaliningrad region, which lies between NATO allies Lithuania and Poland.

Russia has argued that the limits on flights over Kaliningrad, which hosts sizable military forces, are permissible under the treaty’s terms, noting that the U.S. has imposed more sweeping restrictions on observation flights over Alaska.

As a condition for staying in the pact after the U.S. pullout, Moscow sought guarantees from NATO allies that they wouldn't transfer the data collected during their observation flights over Russia to the United States, but was unsuccessful.

Moscow has warned that the U.S. withdrawal will erode global security by making it more difficult for governments to interpret the intentions of other nations, particularly amid Russia-West tensions after the Russian annexation of Ukraine’s Crimea in 2014.

The demise of the Open Skies Treaty follows the U.S. and Russian withdrawal in 2019 from the Intermediate-Range Nuclear Forces Treaty.

The INF Treaty, which was signed in 1987 by U.S. President Ronald Reagan and Soviet leader Mikhail Gorbachev, banned land-based cruise and ballistic missiles with a range of 500 to 5,500 kilometers (310 to 3,410 miles), weapons seen as particularly destabilizing because of the shorter time they take to reach targets compared with intercontinental ballistic missiles.

The only U.S.-Russian arms control pact still standing is the New START treaty that expires in three weeks. Moscow and Washington have discussed the possibility of its extension, but so far have failed to overcome their differences.

New START was signed in 2010 by U.S. President Barack Obama and Russian President Dmitry Medvedev. It limits each country to no more than 1,550 deployed nuclear warheads and 700 deployed missiles and bombers, and envisages sweeping on-site inspections to verify compliance

Arms control advocates have warned that its expiration would remove any checks on U.S. and Russian nuclear forces, in a blow to global stability.