Antonio Basco thought he would be alone mourning his companion who died in the El Paso shooting. So he invited the public to her funeral and thousands showed up. 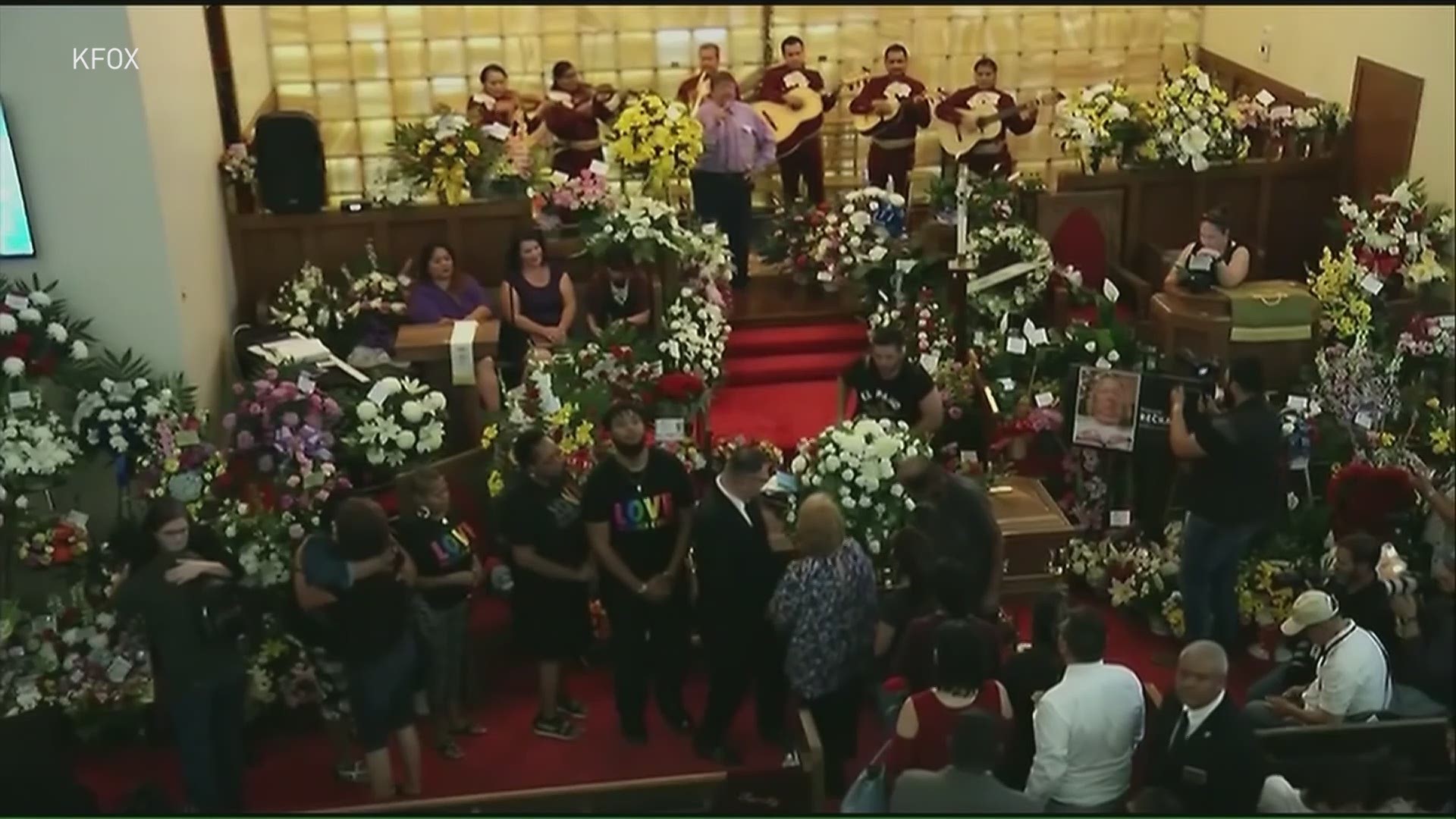 Thousands of strangers came to say goodbye to a woman who was killed a mass shooting in El Paso after hearing her longtime companion had few family members left.

Antonio Basco had told reporters he felt alone in planning the funeral for Margie Reckard, one of 22 people killed when a gunman opened fire at a Walmart on Aug. 3. Basco had almost no family left, so he invited the world to join him in remembering his companion of 22 years.

He thought he might get a few well-wishers from El Paso.

Then, the flowers started coming in.

Then, the funeral home had to change venues.

People came from California, Arizona, Texas, New Mexico and across the border in Mexico. They stood in line for hours Friday for Reckard's funeral, then patiently waited Saturday in sweltering temperatures as Basco buried her.

Few of those in attendance had ever met Reckard, but almost all said the suffering city — and the nation — needed to see how to rally around those in pain.

Jordan Ballard, 38, of Los Angeles, said she lived in New York City during the terrorist attacks of Sept. 11, 2001, and in Oklahoma City doing the 1995 bombing. After reading about Basco online, she bought a plane ticket Thursday.

"The potential of him experiencing this alone made me come," she said. "I know if I was lost, my family had each other.

Angelique Tadeo, 52, her husband, Paul, 69, and their 3-year-old granddaughter drove more than four hours from Tucson, Arizona. Tadeo worked as a nurse and treated victims during the 2011 shooting in Tucson that injured former Rep. Gabrielle Giffords and killed six.

"We know what the city is going through and we wanted to be here," Tadeo said.

Credit: AP
Antonio Bosco, husband of Margie Reckard who lost her life during a shooting, is offered condolences with flowers Friday, Aug. 16, 2019, in El Paso, Texas.

As soon as he got the memorial details, Jerry Brown, 58, of San Angelo, Texas, got in his car and drove 400 miles (644 kilometers) in six hours.

"In the military, we have this saying: 'We don't leave people behind.'" said Brown, a veteran. "It didn't matter where I was. I knew I was going to come here today."

He got into town, stood in line for hours to pay his respects and planned on driving all night back home for a child's soccer practice. But he paused for a moment to look at the crowd of strangers who had created a line that wrapped around the block and into the city's Manhattan Heights Historic District.

"This is amazing," said Brown, a contractor.

"This is El Paso, bro," Jerry Medina, 42, of El Paso, wearing a black and red zoot suit, said when asked about the crowd.

He brushed off the 100 degree (38 Celsius) temperatures and wore a similar suit the next day to the burial.

"I really felt for that guy," Medina said. "Our love is for him. Hopefully, he gets through this."

Isabel Regalado, 27, held her 10-month old boy Preston Regalado-Soliz, as she stood in line for more than two hours with her husband, Esteban Soliz.

"As we drove up here, I started crying," Regalado said. "It's beautiful."

The family had been heading to the mall where the gunman opened fire that day. Regalado stops before continuing the story, holding back tears.

A mariachi band begins playing for the people in line. Some clap. The band plays recognizable tunes to many in El Paso. Then the musicians cross the street and play "Amor Eterno " — the 1984 ballad by the late-Juan Gabriel that has become an anthem of sorts of the city in the days after the shooting.

"How I wish that you still lived, that your precious eyes had never closed, so that I could see them now," the translated lyrics go.

Credit: AP
August 6, 2019, Antonio Basco cries beside a cross at a makeshift memorial near the scene of the El Paso mass shooting.

The lips of a woman in line quiver. She eventually breaks down and walks away. Another woman offers to hold her place in line.

Emma Portela, 81, who drove in from Chihuahua, Mexico, shakes her head: "That song has so much power right now."

Glen Blasdel, 83, standing alone, was one of the first in line. "I know what it's like to have no family," said Blasdel, a Vietnam War veteran drove in from nearby Las Cruces, New Mexico.

Moments before burying his companion, Basco spoke to reporters. "My life is not complete no more," he said. But when he looked out and saw a crowd of 3,000 on Friday, he was in awe. "It's the most beautiful thing I'd ever seen."

In the days ahead, Basco plans on keeping in touch with new friends and resting.

He still speaks to Beckard as if she's in the room. "She loved El Paso. She would have loved this," he said.

Then, he turned toward a hearse, got inside and rode to the burial site, where more strangers were waiting. 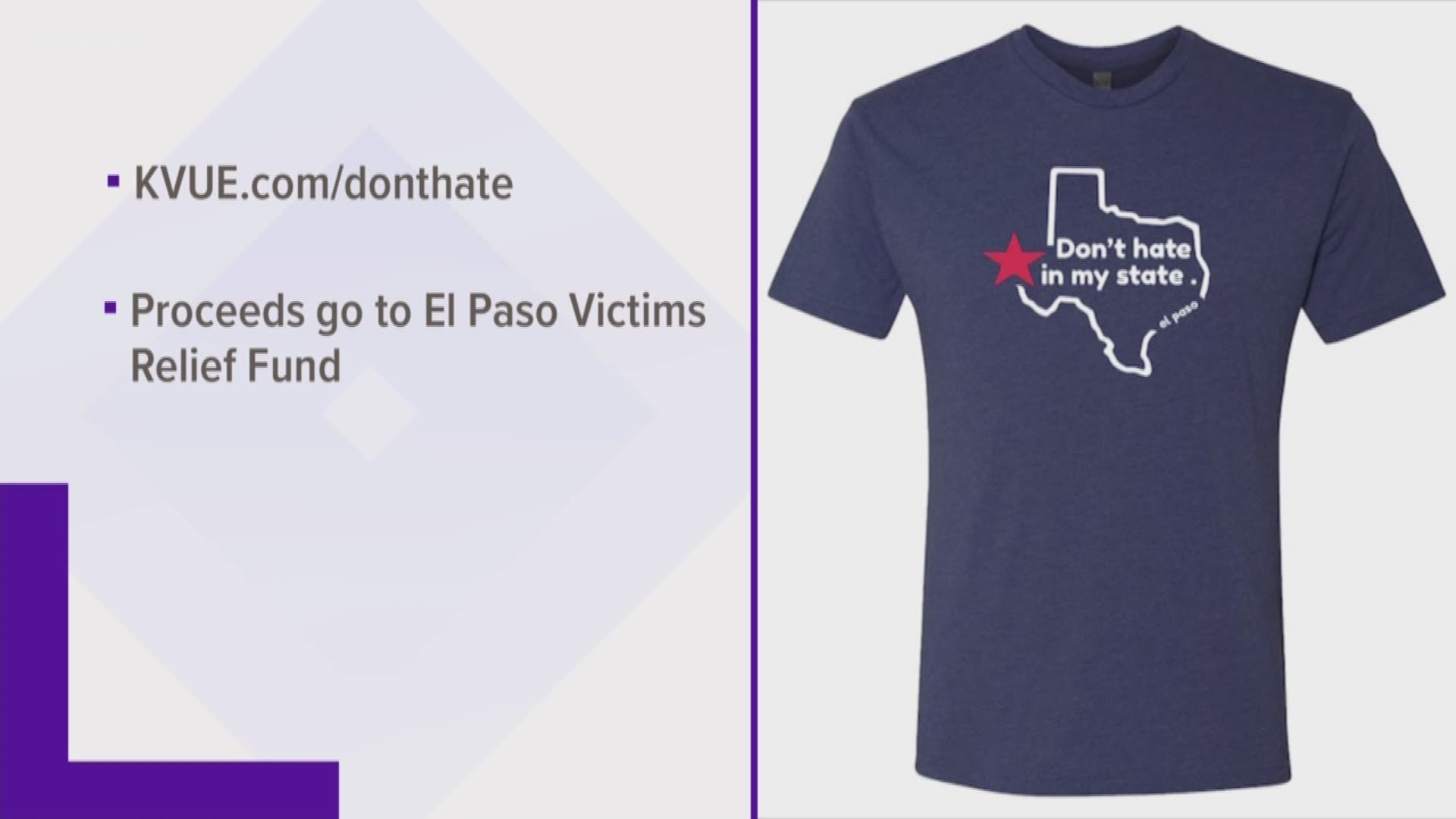