The twin beams of light representing the World Trade Center will not illuminate the skies of New York City in 2020. 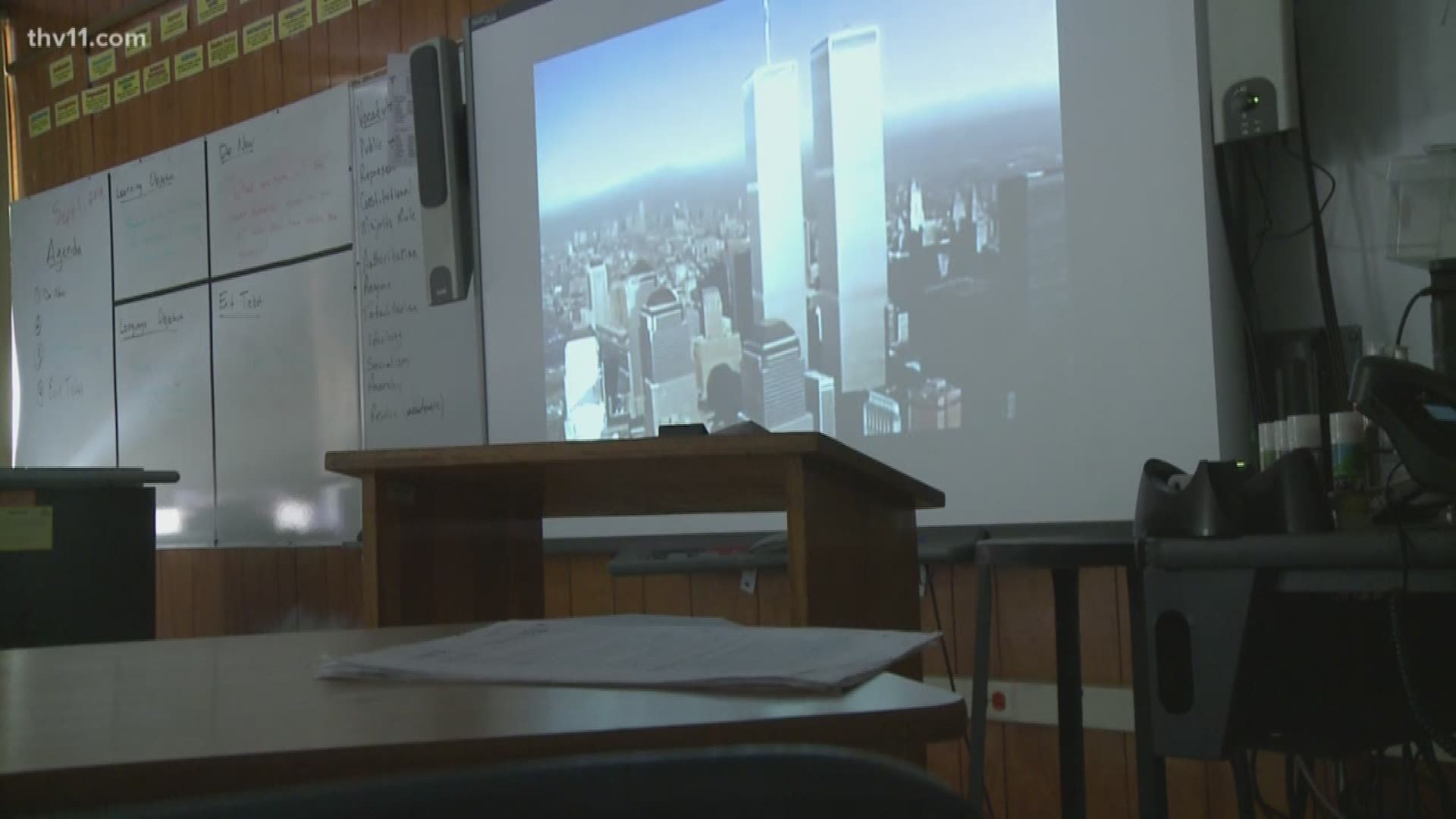 Twin beams of light representing the World Trade Center towers won't be beamed into the sky during this year's memorial of the 9/11 terror attacks in New York City because of concerns about the coronavirus pandemic, organizers of the annual ceremony said Thursday.

Michael Frazier, a spokesman for National September 11 Memorial & Museum, said organizers were concerned about the health risks to workers who would set up the display.

“The world’s beloved twin beams of light regrettably will not shine over Lower Manhattan as part of this year’s tributes,” Frazier said in a statement.

The Memorial & Museum is planning an alternative display that will include spires and facades of buildings in Manhattan being illuminated in blue, he said.

Last month, organizers also cited the pandemic in canceling one of the most poignant parts of previous memorials — the personal messages spoken by families of victims. They said recorded name readings from the museum's “In Memoriam” exhibition will be used instead of having relatives read the names in person.

Nearly 3,000 people were killed when terrorist-piloted planes slammed into the World Trade Center, the Pentagon and a field in Pennsylvania on Sept. 11, 2001.