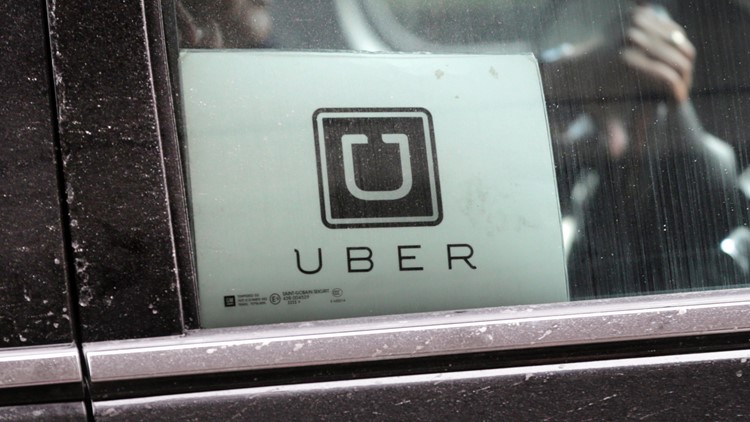 Photo by: AP
FILE - In this Wednesday, March 15, 2017, file photo, an Uber car drives through LaGuardia Airport in New York. Uber is enabling passengers to tip its U.S. drivers with a tap on its ride-hailing app for the first time, part of a push to recast itself as a company with a conscience and a heart. Besides the built-in tipping option announced Tuesday, June 20, 2017, Uber is giving drivers an opportunity to make more money when passengers keep them waiting or don’t cancel rides within two minutes. (AP Photo/Seth Wenig, File)

Less than a month since its disappointing stock market debut, Uber said Tuesday that the IRS is reviewing its 2013 and 2014 taxes.

In a filing with regulators, the world's leading ride-hailing company said it expects its gross amount of tax benefits to be reduced by at least $141 million in the next 12 months. Uber said it had a $1.3 billion increase in its gross unrecognized tax benefits in the first quarter.

Uber said its taxes for the years 2010 to 2019 were also "open" for further review in other countries where it does business, including Brazil, the United Kingdom, Australia and India.

The San Francisco-based company has yet to turn a profit and reported more than $1 billion in losses in its first quarter as a public company, despite a 20% jump in revenue. Uber's revenue last year surged 42% to $11.3 billion, but the company admits it could be years before it turns a profit.

That doesn't seem to be bothering big investors or brokers. Fifteen out of 19 analysts on FactSet rate the stock a buy or the equivalent, with target prices mostly in the mid-$50 range. Shares debuted on May 10 at $45 and fell about 7% that day. They've mostly hovered in the low $40 range since.

Shares rose about 1 percent in morning trading Tuesday to $41.68. It's the first day that banks which underwrote Uber's IPO can comment publicly about the company.