Moons around Uranus may have subsurface oceans

Scientists say a theoretical model shows five of the largest moons around Uranus may have subsurface oceans. Sending a space probe could confirm it. 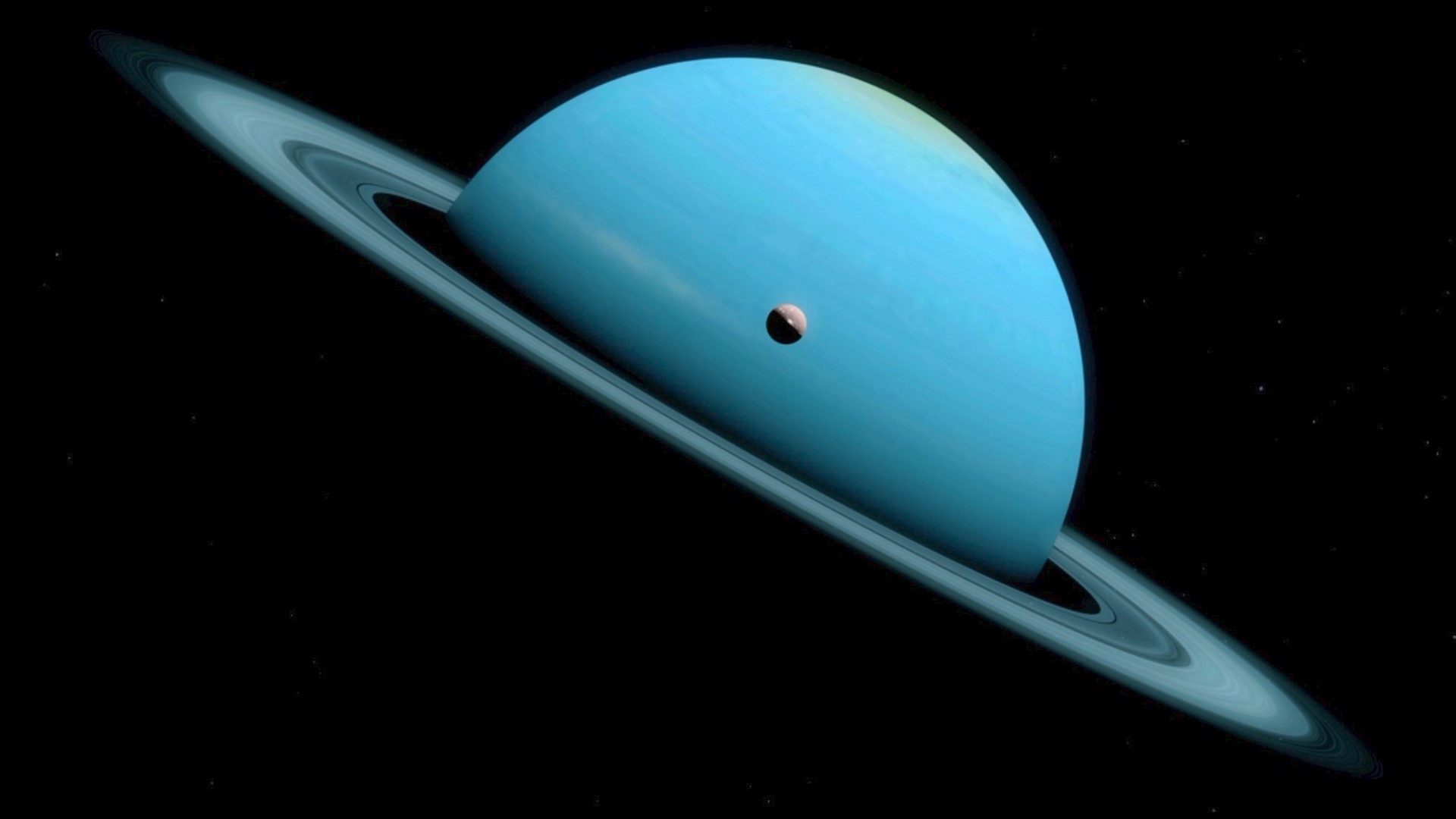 The moons circling the ice giant Uranus could secretly have oceans beneath their surfaces.

Researchers at the Massachusetts Institute of Technology reportedly say a future mission to the planet could detect subsurface water. It involves detection of an induced magnetic field.

Here's how it works, according to the website Eos. Orbiting moons travel through the planet's magnetic field. That field is not the same strength or direction everywhere.

“If there’s liquid water there and it’s a little bit salty like ocean water on the Earth, then it can be conducting, meaning currents can flow in it,” MIT planetary scientist Benjamin Weiss said, according to Eos.

That current will generate an induced magnetic field, which would look different from the planet's magnetic field. Eos reports that field could then be detected by a magnetometer.

RELATED: Miss the Saturn-Jupiter 'Christmas Star' conjunction? Here's what it looked like

RELATED: First planet with three suns may have been discovered

Uranus has 27 moons, but its five largest moons -- Ariel, Miranda, Oberon, Titania and Umbriel -- are the ones of particular interest. Voyager 2 passed by them in 1986 and saw they were about half-and-half rock and ice. But they also showed indications of relatively recent geologic activity which includes possible cryovolcanism -- volcanoes erupting water instead of molten rock.

Space.com reports the MIT team used theoretical models to calculate a possible induced magnetic field of Uranus' five largest moons. While the findings are not confirmed, Weiss' team says the fields should be strong enough if a probe were sent there.

But don't hold your breath on when a spacecraft will arrive. A mission to Neptune's moon Triton could be launched as early as 2025, according to NASA, and could swing by Uranus. But a separate mission to Uranus that could get close enough to its moons to search for these induced magnetic fields may not even launch until 2042, Eos and Space.com report.

Why does all this matter? Water is essential to finding possible life on other worlds. Also, any future crewed deep space missions may require access to water resources beyond what a spacecraft could carry from Earth.