We're answering what happens next following the House's vote and how impeachment will impact the president after his term. 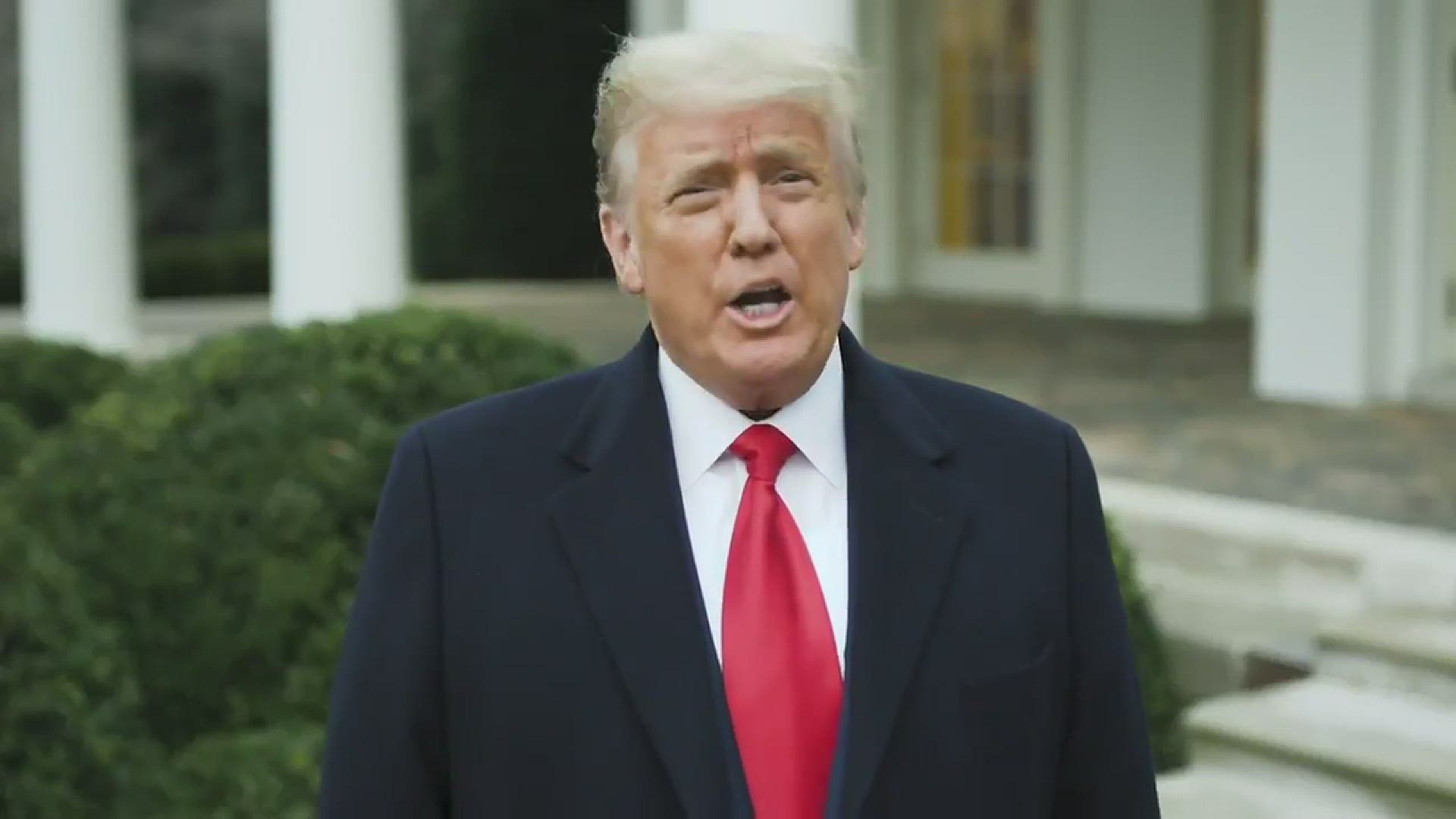 JACKSONVILLE, Fla — For the second time, the House voted to impeach President Donald Trump on Wednesday, making him the first and only U.S. president to ever be impeached twice.

This time around, 232 representatives -- including 10 Republicans -- believed the president is guilty of incitement of insurrection over the deadly Capitol riot on Jan. 6.

Wednesday's vote comes exactly one week after the riot, which resulted in five deaths, including a police officer and rioter who was shot by police. The mob consisted of Trump supporters who wanted to stop the formal Electoral count that would confirm Joe Biden won the 2020 presidential election.

"President Trump was, without question, a driving force in the catastrophic events that took place on Jan. 6 by encouraging masses of rioters to incite Fafterviolence on elected officials, staff members and our representative democracy as a whole," California GOP Rep. David Valadao said on Twitter.

President Trump was, without question, a driving force in the catastrophic events that took place on January 6 by encouraging masses of rioters to incite violence on elected officials, staff members, and our representative democracy as a whole.

Even with his impeachment, can he run for reelection in 2024?

We're answering what happens next following the House's vote and how impeachment will impact the president after his term.

Even with the House vote, the Senate won't begin Trump's impeachment trial until Jan. 19 when they reconvene.

Sen. Maj. Leader Mitch McConnell said in a statement that the trial will likely conclude after Biden's inauguration -- again, a first in U.S. history.

"There is simply no chance that a fair or serious trial could conclude before President-elect Biden is sworn in next week," McConnell said in a statement. "The Senate has held three presidential impeachment trials. They have lasted 83 days, 37 days, and 21 days respectively."

The three previous impeachment trials were:

"The President-elect himself stated last week that his inauguration on January 20 is the ‘quickest’ path for any change in the occupant of the presidency," he added.

Like the House, the Senate has to also vote. More specifically, the Senate needs 17 Republicans to join the Democrats in order to obtain two-thirds majority to convict Trump.

Fun Fact: During Trump's last impeachment trial, though the House voted to impeach him in 2019, the Senate acquitted him in early 2020.

What happens to Trump if he is impeached?

Even with a week until President-Elect Joe Biden is inaugurated, the Democrats hope an impeachment will prevent Trump from holding office ever again. However, there's more to it than impeachment.

If the Senate votes to remove Trump, a majority of senators must also decide whether or not to ban him from running for president again in the future.

Currently, the Constitution limits presidents from holding office to two terms. Though he lost the 2020 election, Trump could run again in 2024 as of now.

But if the president is impeached by the House and convicted by the Senate, Trump would be stripped from the post-presidency benefits provided by the Former Presidents Act of 1958.

Trump will lose his $200,000/year pension, $1 million a year travel fund, and taxpayer subsidies to pay for office space and staff. He would still receive security, however, thanks to a 2013 amendment to the law, which provides presidents and spouses (unless they remarry) with Secret Service protection for life.

"[The law] defines 'former presidents,' the people entitled to these things, as anyone whose term in office ended by some means other than being impeached and removed," Michigan State University Law Professor Brian Kalt told First Coast News' sister station WUSA. "In other words, if his term ends on the 20th at noon, he gets these benefits under current law. If he resigns he gets them too."

Fun Fact: Though President Richard Nixon was impeached, his resignation in 1974 allowed him to retain his presidential pension and other benefits.

RELATED: Trump condemns violence at US Capitol after House impeaches him