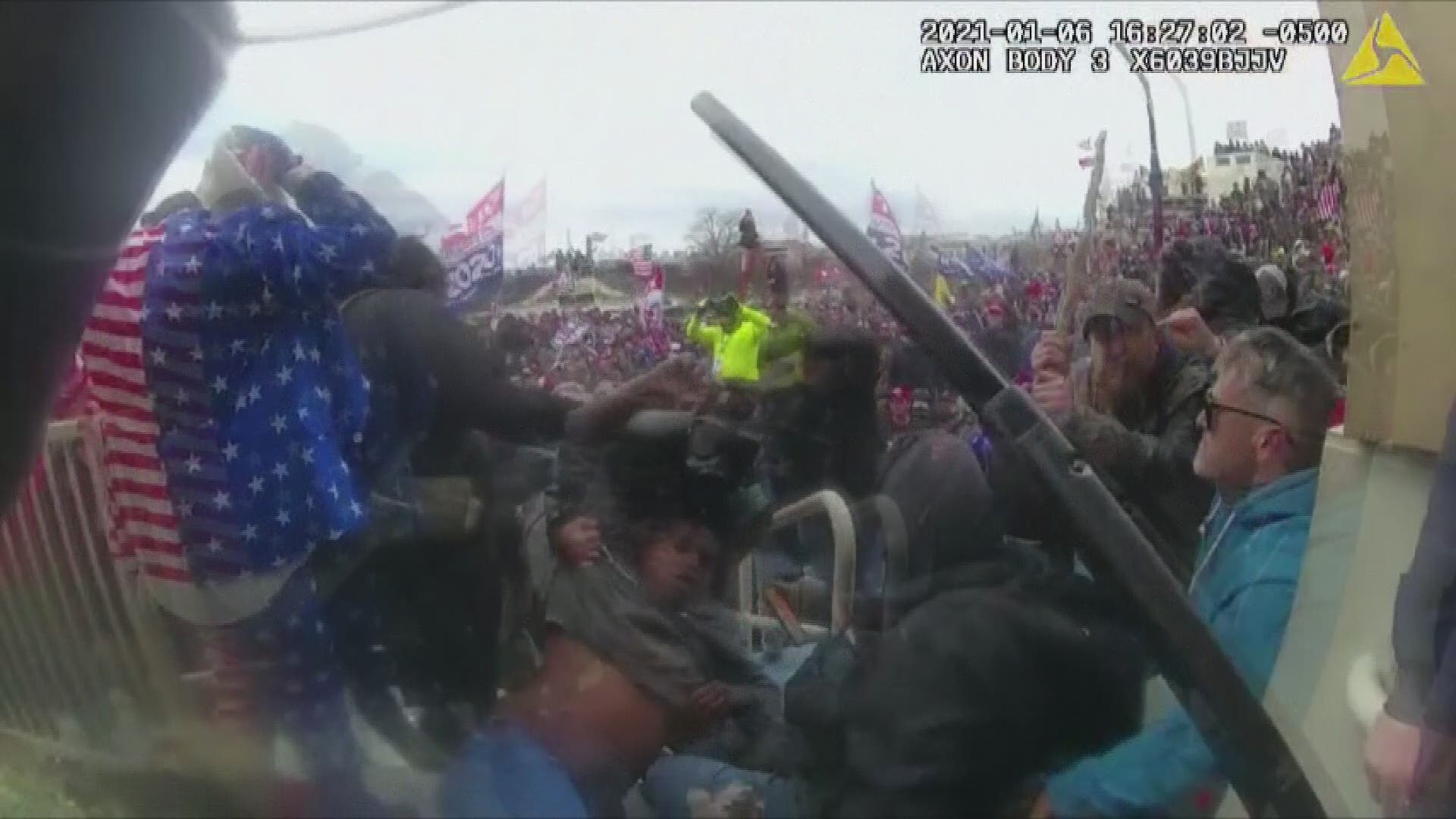 WASHINGTON — The FBI arrested five members of the same Texas family Tuesday on charges alleging they entered the U.S. Capitol building on Jan. 6 with a mob attempting to stop the certification of Electoral College votes.

Arrest warrants were served Tuesday on Tom, Dawn, Kristi, Kayli and Josh Munn – all five of Borger, Texas. The quintet was charged Monday in a sealed complaint with four counts, including entering a restricted building without lawful authority and disorderly conduct in a Capitol building.

According to court documents, the FBI was tipped off to the family’s possible presence at the Capitol just days after Jan. 6 by an acquaintance. Investigators subsequently found posts and messages on several of the family members’ social media accounts appearing to confirm they were at, and inside, the U.S. Capitol building on Jan. 6.

#CapitolRiot: JUST UNSEALED: The FBI has arrested 5 members of a family from Borger, Texas, all accused of entering the Capitol together.

#CapitolRiot: The FBI says the Munns were identified in part due to their appearance on a livestream inside the capitol by Anthime "Baked Alaska" Gionet. Munns appear on the first floor of the Senate Wing, FBI says. @wusa9 @EricFlackTV pic.twitter.com/kyFJa9CkyM

In one post, investigators say Kristi Munn wrote, “I was just thinking… tear gas tastes like freedom #StopTheSteal #TrumpIsMyPresident.” When a friend asked if she knew that from personal experience, she responded, “I do now,” and, “They gassed us all.”

In another post, the FBI says a family member who did not go to the Capitol posted a picture of several of the Munns with the caption, “These women stormed OUR capital [sic] and demanded OUR House and Country back!!!!”

The Munns were also found on a livestream inside the Capitol in the Senate Wing shot by far-right media personality Anthime “Baked Alaska” Gionet – who himself faces multiple charges connected to January 6.

The Munns were taken into custody in Texas on Tuesday. It was not immediately clear as of Tuesday afternoon whether they had yet made an initial appearance before a judge.