Paul Hodgkins of Florida will serve 8 months in a federal prison, not the 18 months prosecutors asked for. His charges carried a maximum sentence of 20 years. 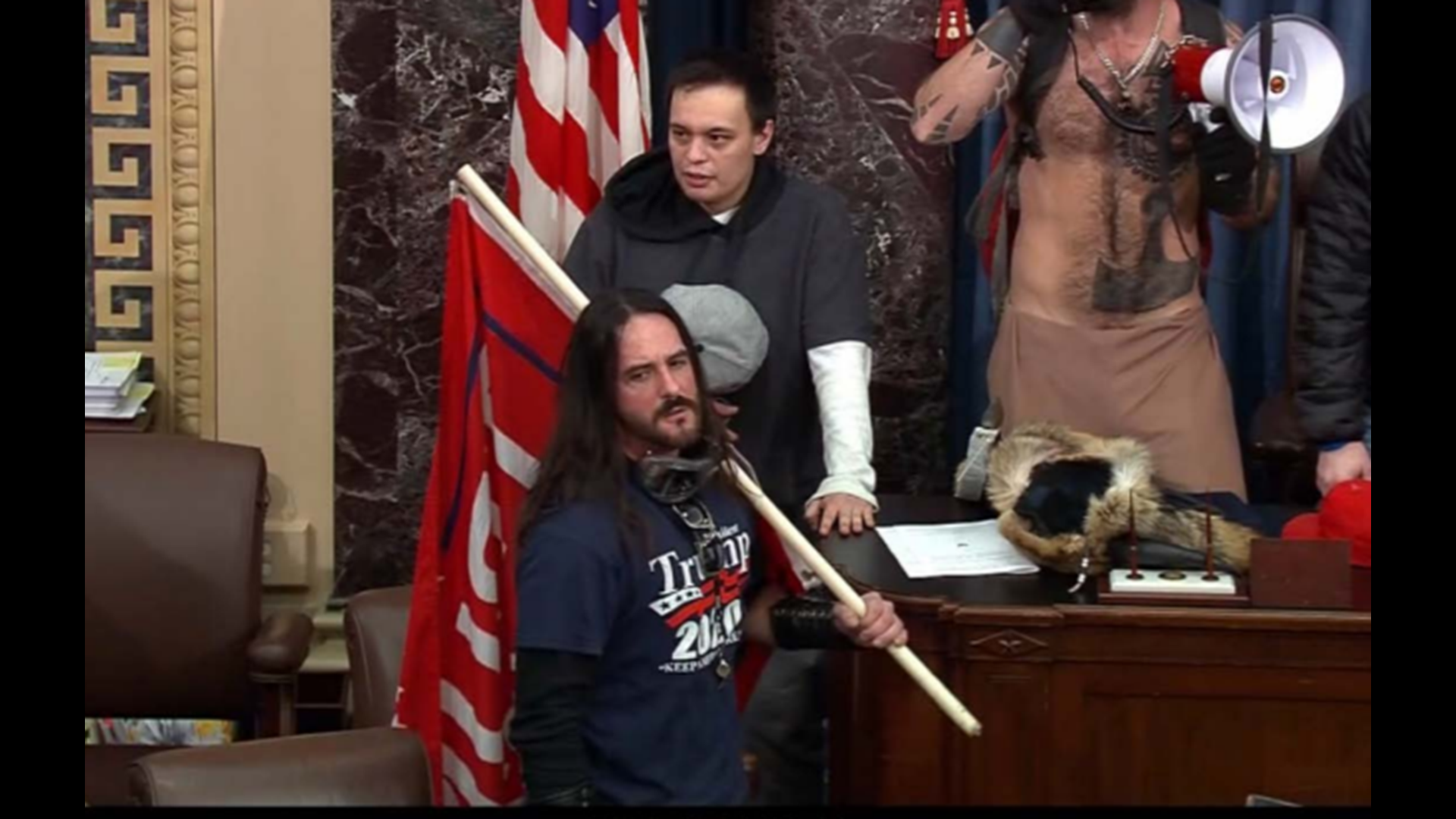 WASHINGTON — Monday was a history-making day with the first sentencing handed down for a defendant convicted of a felony related to the Capitol riots on Jan. 6.  U.S. District Court Judge Randolph Moss sentenced Paul Hodgkins to 8 months in prison for his guilty plea to one count of obstruction of an official proceeding.

Prosecutors asked for 18 months, while15 months of probation and pretrial services was the recommended sentence. Hodgkins' attorney, Patrick Leduc, asked the judge to sentence Hodgkins to no prison time and a year of home confinement.

“I’ve received a lot of emails of people that don’t know Paul, that think he’s a traitor and this and that and the other and just horrible things,” Leduc said. “They don’t know the man.”

Hodgkins, a 38-year old crane operator from Florida, was one of the first Capitol riot defendants to plead guilty, admitting to being on the Senate floor during the insurrection.

He appeared in person Monday for his sentencing at the U.S. District Court in D.C. dressed in a suit and tie, with a smile on his face -- a stark contrast to when he was photographed standing on the Senate floor with a Trump flag and a scowl on Jan. 6.

The Department of Justice said Hodgkins came “ready for action” carrying rope and protective goggles, although he was not accused of any violent acts or destruction of property.

In a statement to the court before the judge handed down his sentence, Hodgkins said he was “truly regretful and remorseful” for his actions and if he knew how serious the criminal charges brought against Capitol Riot defendants would be, he would have “stayed on the sidewalk.”

“This was a foolish decision on my part," Hodgkins told the judge at sentencing.

In handing down the shorter prison sentence, Judge Moss said he was trying to strike a balance between “the grave damage made to our country that day” and his belief that Hodgkins, who has no criminal record, made a bad decision but is not “a real threat” or “an inherently an evil person.”

Some people have reacted on social media with outrage to the shorter prison sentence. But Neama Rahmani, a former federal prosecutor, said the judge was not out of line.

“An eight-month prison sentence and a felony for someone who was not engaged in any of the violent activity is not a miscarriage of justice by any means,” Rahmani said. “I understand that people are upset. But we also have to understand that there were individuals prior to him that receive misdemeanors and receive no jail time whatsoever.”

Hodgkins was allowed to walk out of U.S. District Court Monday after receiving his sentence, and will be allowed to self-surrender to the Department of Corrections to start serving his time.

Sign up for the Capitol Breach email newsletter, delivering the latest breaking news and a roundup of the investigation into the Capitol Riots on January 6, 2021.