“It’s a program that deserves attention across the state and across the country”: Parents who lost their military son to suicide support veteran-to-veteran therapy. 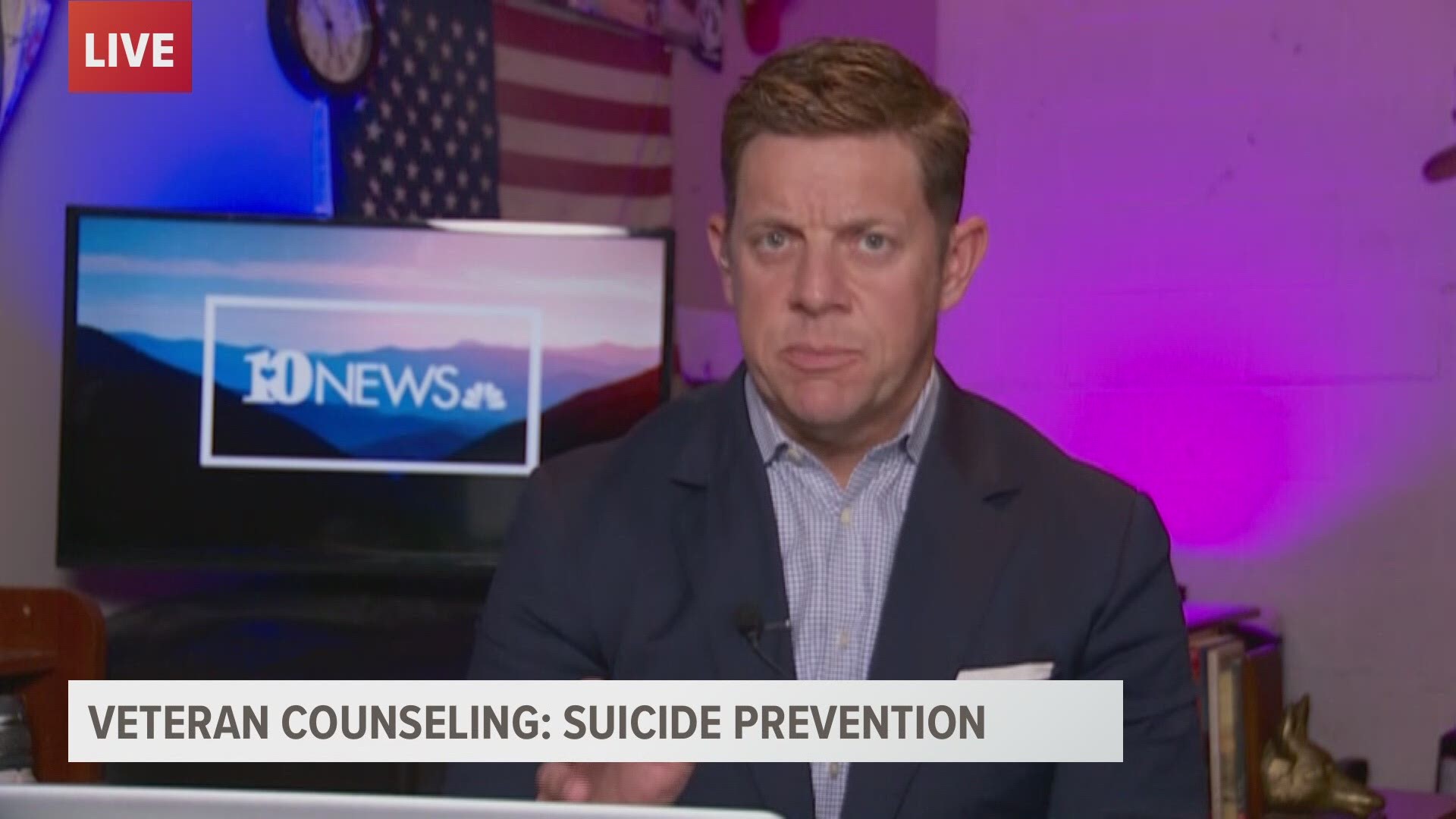 He didn’t let on he was hurting.

He was a proud veteran of the United States Air Force who, at the age of 26, took his own life.

“He took care of his physical being like no one else, it’s just remarkable to me that he struggled from a mental perspective and it breaks your heart knowing he struggled that way and we weren’t able to help him,” said Mitch Steenrod with tears in his eyes, holding hands with wife Debby, the mother of their son Brandon.

“Mitch and I would have done anything to help,” said Debby who says her son gave the “best hugs.”

Brandon Alan Hall grew up in Knoxville, and after graduating from Farragut High School he went on to serve six years in Air Force including four tours overseas.

And his parents sensed the transition back to civilian life was tough on their son.  They didn't realize the mental strain Brandon was facing until he took his own life in 2012.

RELATED: Marker honoring Knoxville soldier who defied the Nazis to be placed downtown

“Why he didn’t ask or why he didn’t disclose, I think comes back to, they’re (military veterans) not trained to show vulnerability,” said Mitch, who says their grief became a calling.

After Brandon’s death, Mitch and Debby Steenrod searched for a cause they could support that might help other veterans struggling with mental health challenges.

“We know that our military needs help… they need transition coming back from overseas, they need mental health help,” said Debby.

The couple became the major financial backers of a one-of-a-kind counseling program in East Tennessee.  The veteran-to-veteran therapy program earned the endorsement of the Veterans Affairs Department.  The nonprofit Helen Ross McnNabb Center operates the program and employs the counselors who have treated more than 400 military veterans and their families since the program launched in 2016.

“The counselors at the military service program have immediate credibility because they’ve seen action and they’ve been there themselves and can immediately connect,” explained Mitch.

A garden and walking path were dedicated in memory of Brandon outside the Helen Ross McNabb Military Services Center.  It is a place for contemplation and a place to find peace.  It's a symbol of what the Steenrod family hopes their efforts will do for military families across East Tennessee.

"We believe Brandon would be very happy," said Debby.