He does this to not only honor those who served, but also their families. 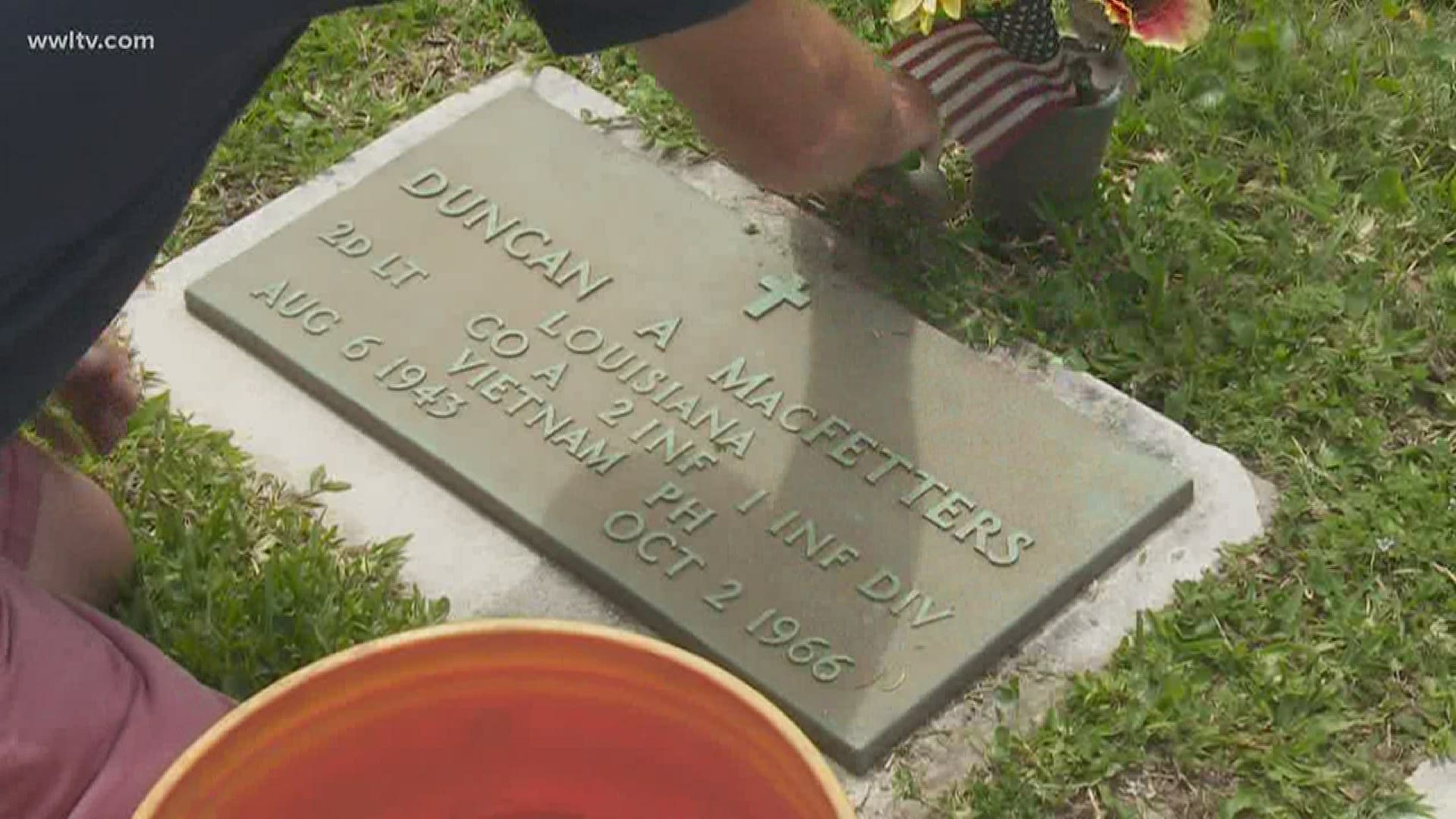 NEW ORLEANS — With the stay at home order extending into May, many of us will likely try to find more ways to pass the time.  We caught up with one man who is using the extra time to honor some very special people.

Navy veteran Doug Thomas is no stranger to missions. His current one sometimes involves cleaning and clearing graves of fellow service members.

“The country that forgets its history will soon be forgotten, and to me, that’s what it’s about,” Thomas said.

With stay at home orders for COVID-19, Thomas can fully focus on a project he started almost four years ago:  To document every veteran buried in New Orleans area cemeteries.

On this day we followed Thomas to the St. Bernard Memorial Gardens.

“I use a great app.  It records the GPS location of the grave, so I got a map to every say the 865 veterans that are buried here, I can show you a map and show you where every veteran here,” Thomas said.

With a tablet, a bucket and some tools, Thomas goes to work.  He takes pictures, the plot information and then uploads them to a website he created in honor of the veterans.  It’s full of information: Their rank and branch, where they served and when they died.

“In one day, I probably came across 10 different families to where the father served in WWI, the son served in WWII or Korea or Vietnam.  It wasn’t just one  generation, it was multiple generations,” Thomas said.

Thomas has documented every veteran buried here at St. Bernard Memorial Gardens.  He says many of the veterans’ stories are extraordinary.  At Carrollton No. 1, he found nine members of the U.S. Colored Infantry who served in the Civil War who were buried there.

“Most of them were freed slaves that wanted to fight for their country, even though they had been enslaved by that country.  That says so much about those men,” Thomas said.

Thomas says he does this to not only honor those who served, but also their families.

“As a country, we have a bit of a problem with memory.  If something hasn’t happened in the past six months or so, we forget about it.  The veterans that are buried in New Orleans and served from New Orleans, they deserve to be remembered,” Thomas said.

Thomas says his next stop will be documenting the veterans buried at Greenwood cemetery.  So far, he’s collected information on more than 3,400 hundred veterans.  Men and women who may be gone, but through his work, they’re not forgotten. To see Thomas’ work, visit his website here:  www.neworleanshonor.com.

RELATED: 'Don't give up on Daniel' - Popular Clancy's Maître D in a life and death battle with coronavirus