Neighborhood worries as city removes radioactive material below their street

The city is now working with state and federal environmental agencies and a maintenance contractor to get rid of the material. 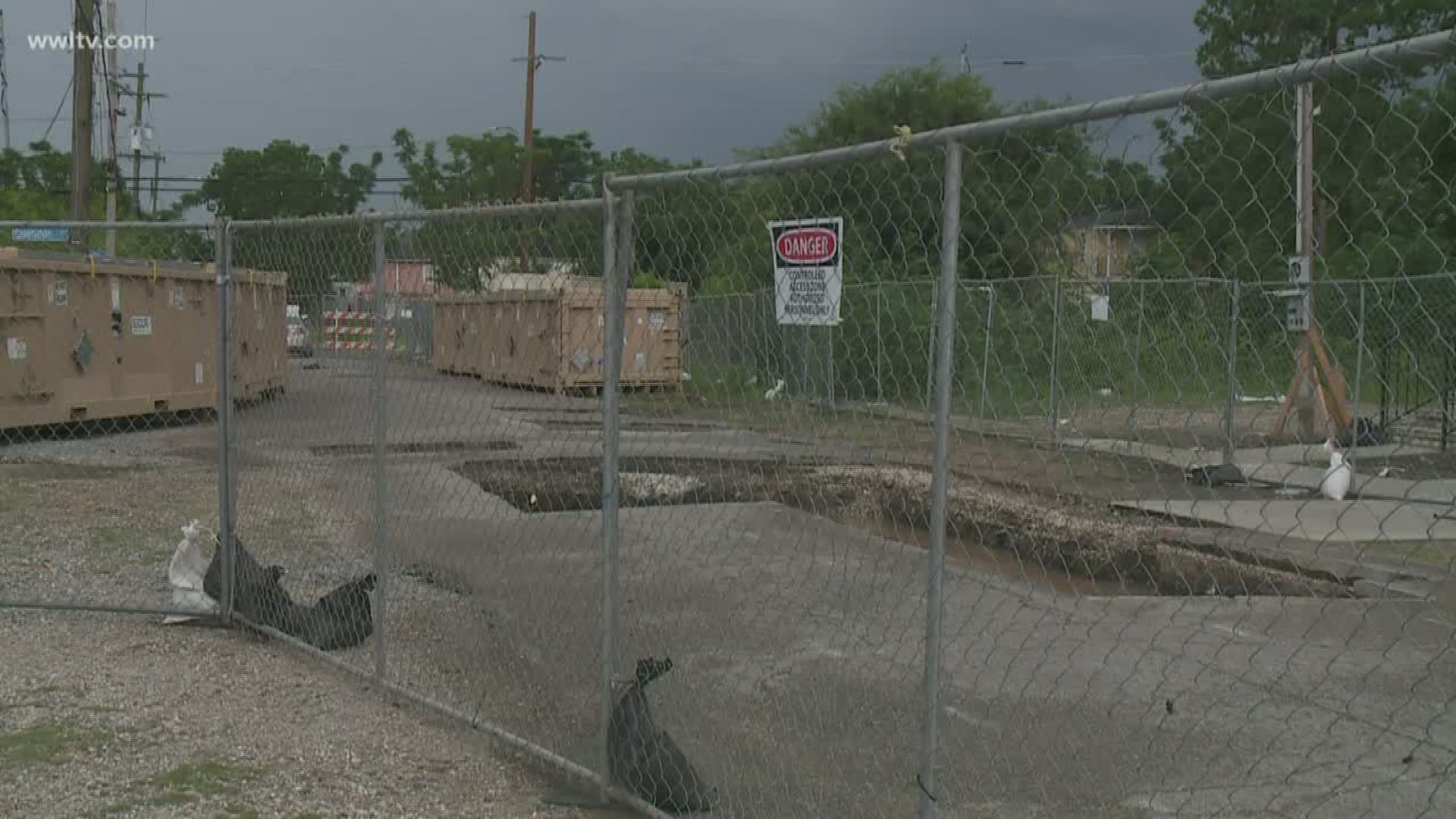 NEW ORLEANS — Residents in the Gert Town neighborhood are expressing serious health concerns as crews block off a city street to dig up hazardous materials.

"I think it a little dangerous back here now because we don't know what's in the ground," Cheatham said.

City Communications Director Beau Tidwell confirmed the presence of underground material producing radiation below the road surface at the intersection of Lowerline Street and Coolidge Court.

The city is now working with state and federal environmental agencies and a maintenance contractor to get rid of the material.

"I asked them, I said 'what's you all digging for?' and they say 'oh, just some little radiation in the ground,'" Cheatham said. "I said, 'radiation?' They said 'yeah, but it's not harmful.'"

Cheatham and his neighbors have lived on Coolidge Court for decades.

Despite assurances the material is not harmful, they remain concerned about long term exposure to the radiation.

"Oh no, I'm not taking them at their word," Cheatham said. "I know something is wrong anytime you bring dumpsters and Bobcats and you bring all these tanks to fill them up, I know something's wrong."

Leo Soniat also lives next to the site.

"I'd like to live a little longer if I can, as long as possible," Soniat said. "I don't know. It's really something to worry about."

The city says it doesn't know where the radioactive material came from.

But, the site is just blocks from where the Thompson-Haywood Chemical Company once stood.

An O'Reilly Auto Parts store now sits on the property on Earhart Boulevard where the plant once made pesticides and other toxic chemicals.

"They say they are looking for some radioactive particles that have been in the ground for who knows how many years.," Soniat said.

"It's kind of scary right now," Cheatham said. "It was a shock to us when we saw them first digging."

According to the city, crews have completed excavating the site and removing all of the underground material and placing it in large containers.

Repaving of the road is now expected to begin Monday and is anticipated to be complete by the end of next week.

Our utmost priority is ensuring the safety of our residents.  Last year, the Cantrell Administration learned about the presence of underground material producing radiation below the road surface at the intersection of Lowerline Street and Coolidge Court.  The origin of the material is unknown and while it has been properly contained since being identified, it is now being removed out of an abundance of caution.

After learning about the contamination, the City and its maintenance contractor engaged Baton Rouge-based ARS Aleut Remediation (AAR) in December 2018 to remove and dispose of what had been identified as a small amount of hazardous material located beneath the surface of the Lowerline Street and Coolidge Court intersection.  During the course of this work, the team, which also included the Louisiana Department of Environmental Quality, discovered that the contamination area was larger than originally anticipated and would need to be addressed as part of a subsequent effort.

Since that time, the City has been working alongside the Environmental Protection Agency and the Louisiana Department of Environmental Quality to develop a plan to address the contamination area on Lowerline Street between Olive and Edinburgh streets.  Furthermore, multiple scientists and experts were consulted to ensure that there was no current risk of acute exposure or health concerns, and that remediation work would be conducted with the lowest risk possible.

In advance of the start of this work, representatives from the City's Health Department and the Department of Public Works canvassed within a five block radius of the location to talk with residents and distribute information about the existing hazards, and what to expect during the removal process.

The removal and disposal plan ensures the safety of residents, workers and the environment during and following the removal.  Representatives from EPA, LDEQ and the City will be onsite throughout operations to answer questions and be sure that any possible exposure is below the established limits. Crew members are wearing Personal Protective Equipment (PPE) including disposable coveralls and gloves is necessary to limit their exposure.

Work began on Tuesday, May 28 and will take about three weeks to complete.  Crews have completed excavating the site, removing all of the underground material and placing it in large containers.  Pending test results, the containers will be moved to either Utah or New Mexico. Repaving will begin Monday and is anticipated to be complete by the end of next week.