Sandra Remondet's family has lived in Reserve for generations. But she says dust from the grain elevator that looms over her home is destroying her quality of life.

RESERVE, La. - Sandra Remondet's family has lived in Reserve for generations. But she says dust from the grain elevator that looms over her home is destroying her quality of life.

Remondet was diagnosed with throat cancer at age 41. Now 63, she speaks through a voice box.

Almost all of her neighbors have respiratory problems.

She admits to smoking in the past, but believes the main culprit is grain dust. Remondet says it's coming from Archer Daniels Midland, or ADM, the grain elevator next door.

The facility ships millions of tons of corn, soybeans and other grains each year from its facility in Reserve. And when the wind blows toward Remondet's community, neighbors say it carries tiny particles of grain dust, coating their backyards.

'It's ruining our properties, and they're not doing anything about it,' said Kevin Van Camp, who also lives near the grain elevator.

Van Camp heads a group called the Concerned Citizens of Reserve, aimed at fighting the alleged pollution from the grain elevator.

He has taken dozens of videos and pictures that he says show the effects of the ADM facility on his neighborhood. Some appear to show dust-covered vehicles, a haze in the air near the facility, and dust in his pool.

'I've taken samples, I've got all of it on video. Nobody can't say this is not happening in this neighborhood,' said Van Camp.

Over the years, the problems in this neighborhood have received little media coverage and despite the company's claims that it has invested millions to control dust, neighbors say the problems have only grown worse.

'Everybody in this neighborhood is on some type of sinus medication,' said Van Camp. 'Asthma's a very big problem here, asthma's huge.'

Since September 2011, the Louisiana Department of Environmental Quality has taken in 66 complaints about ADM's Reserve facility. Most are related to dust.

But many residents say they've lost faith that DEQ is doing enough.

Records show DEQ investigators lagged by days in their response to several complaints. And by the time they did check on the facility, they didn't see any dust.

Plus, several complaints came in on nights and weekends when investigators aren't around.

'This is a complaint you hear from any industrial area. This is just a big problem, is facilities will crank it up at night, when there's no regulator that can come when the community calls to DEQ, there's no one there at night,' said Lisa Jordan, deputy director of the Tulane Environmental Law Clinic.

Perhaps some of Van Camp's most compelling video is from his home surveillance cameras. On some nights, there were so many particles in the air, it looked like it was snowing.

The day after his surveillance cameras captured one of those incidents, Van Camp took cell phone video of his truck. There was enough grain dust on his windshield to scrape into a small pile, said Van Camp, as he showed Eyewitness News the video.

'It's eating the paint off my car,' said Van Camp. 'I said what do you think it's going to do in my chest, inside our bodies?'

The Centers for Disease Control says grain dust can include mold, pesticides and bacteria. Plus, some people are allergic to certain types of grain.

The biggest concern is that tiny particles from grain dust can get stuck in your lungs and cause serious respiratory issues, said Dr. LuAnn White, Tulane University School of Public Health professor.

'When you have a a particle in the lung, the body tries to remove it, and sometimes in removing it, it can cause fibrosis,' said White.

Studies show certain levels of exposure to grain dust can cause wheezing, chest tightness, coughing, and symptoms of chronic respiratory disease. It can also irritate your eyes, nose and throat and exacerbate conditions like asthma.

The tiny particles neighbors are concerned with are called PM-10. The company's most recent permit allows it to increase PM-10 emissions to more than 17 tons a year, plus emit gases like nitrogen oxide and carbon monoxide.

There is no EPAor DEQair monitor near the facility, to monitor emissions.

Meanwhile, ADM has bought out two homes in the neighborhood, leaving behind empty lots.

'That tends to raise your antennae a little bit when not only are they bought out but every last piece of evidence that would have been in that house, is removed,' said Jordan.

ADM didn't comment on the two homes it bought out.

Lonnie Vicknair owned one of those properties. He also believes the buyout is an admission of guilt. He said ADM offered to buy his family's home after he and his wife repeatedly complained.

But many neighbors don't want to leave.

The grain elevator was built in the 1960s, long after dozens of families had made their homes in the community.

Now, neighbors are turning to the Tulane Environmental Law clinic for help. It provides free legal representation to communities like Remondet's.

Josh Albritton is a student worker on the case. He took video of what appears to be grain dust blowing from the facility on a visit to the community earlier this month.

'Within the two hours we were there, I couldn't breathe on the way home,' said Albritton.

'ADM is committed to being a good neighbor in the communities where we live and work. When neighbors or agencies inquire about operations at any ADM facility, we promptly investigate, and when appropriate, we make improvements,' said Jackie Anderson, ADM Media Relations.

No one from ADM would speak on camera.

The Illinois-based company has facilities around the world, making a total of $90 billion last year.

It has invested more than $5 million in dust control measures at the Reserve facility since it took over more than 20 years ago, said Anderson.

But neighbors say it's not enough.

'They can say they have pollution control measures, but they're not working,' said Jordan.

Some of those measures include filters to capture dust and misters, which spray water to keep the dust down. But neighbors say they rarely see those misters being used.

ADM's permit says the company has to make sure dust isn't a nuisance to the public. And it has to stop loading and unloading grain whenever prevailing winds have the potential to carry dust toward Remondet's community.

DEQ repeatedly cited ADM in 2011 and 2012 for allegedly violating those permit conditions.

But to this day, it appears the company hasn't paid a penny in fines or been forced to change its operation. That's because the company argues it did nothing wrong, and the case is still tied up in the legal system.

'An agency has to have the ability to enforce the permit and clearly something is going wrong here,' said Jordan. 'When they catch the company doing something wrong, hit them hard. And hit them quickly.'

One of the citations stemmed from a DEQ inspection in 2011, when a DEQ inspector snapped photos around the facility. He said they showed clouds of grain dust blowing into the neighborhood, with no misters on.

Then, in February 2012, DEQ received a letter from an ADM consulting firm. It says, in part, 'This constant harassment by your department is creating a problem for the facility. It is encouraging neighbors to initiate complaints in order to sell their homes to ADM or LDEQ.'

Records show the facility has not been cited for any new violations since.

No one from DEQ was available for an on-camera interview.

'DEQ'S mission is to protect human health and the environment of Louisiana. The department works to respond to all complaints in a timely fashion,' said Gregory Langley, a spokesman for DEQ, in a statement.

But what does it take to cite the facility? Records show DEQ was flooded with complaints over the same weekend in January of this year. When an inspector arrived, he told residents he couldn't prove dust on their vehicles was from nearby grain elevators.

Instead, he needs photos or videos of dust leaving the facility in order to have a firm case.

'It is not right to put citizens in charge of proving that someone else is violating their permit,' said Jordan.

There is another grain elevator less than half a mile up the road. It's operated by Cargill. In recent years, inspectors found grain dust issues there as well. But neighbors believe the main culprit is ADM.

And those like Van Camp and Remondet say they want just to breathe clean air, and that's why they're going against the grain.

Meanwhile, ADM is requesting another change in its permit. The DEQ says, if there's enough interest, it will schedule a public hearing. 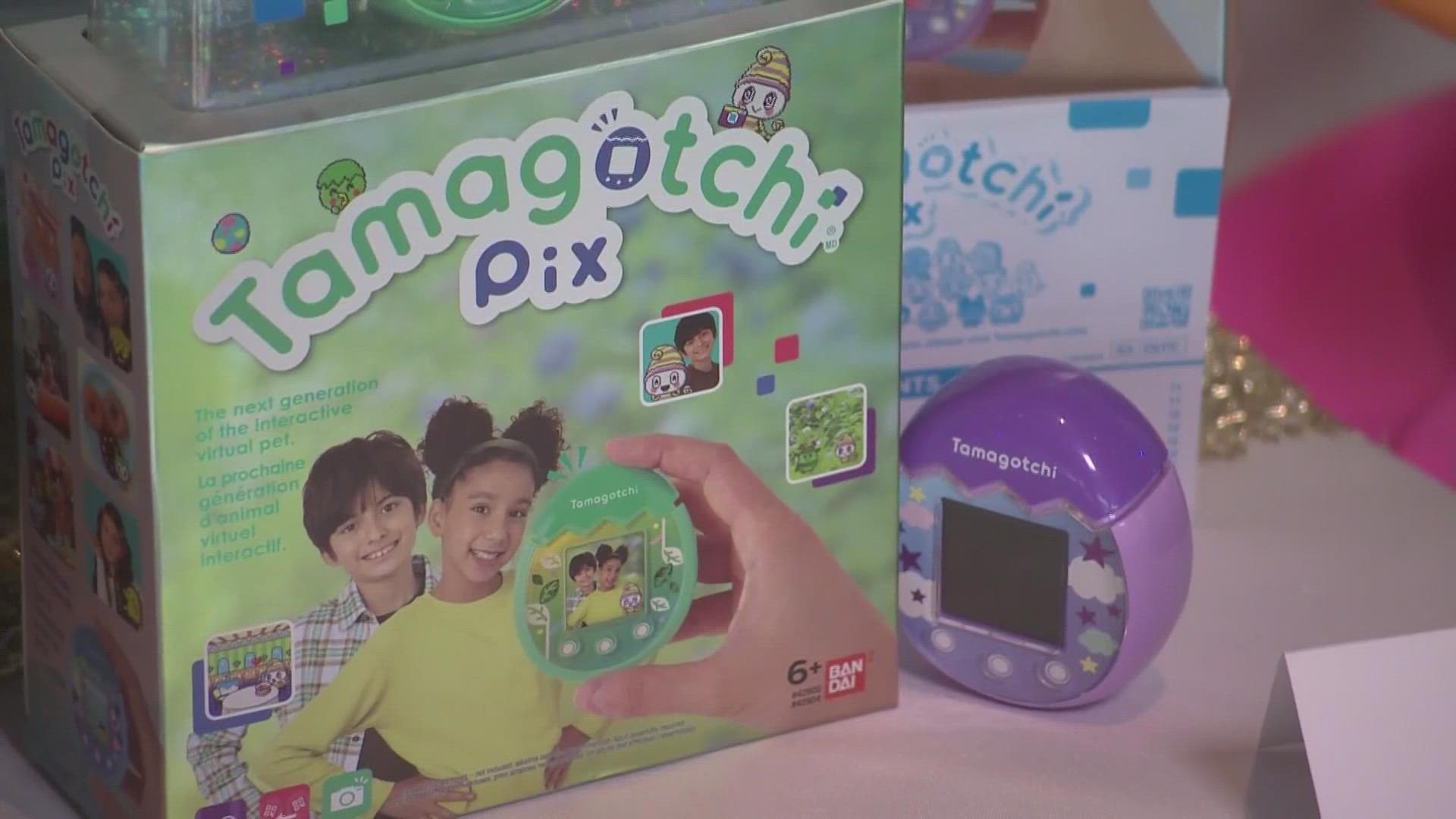 Holiday shopping tips | Are the toys on your Christmas list safe?