'I believe it is the right thing to do … in the pursuit of justice,' Archbishop Gregory Aymond says 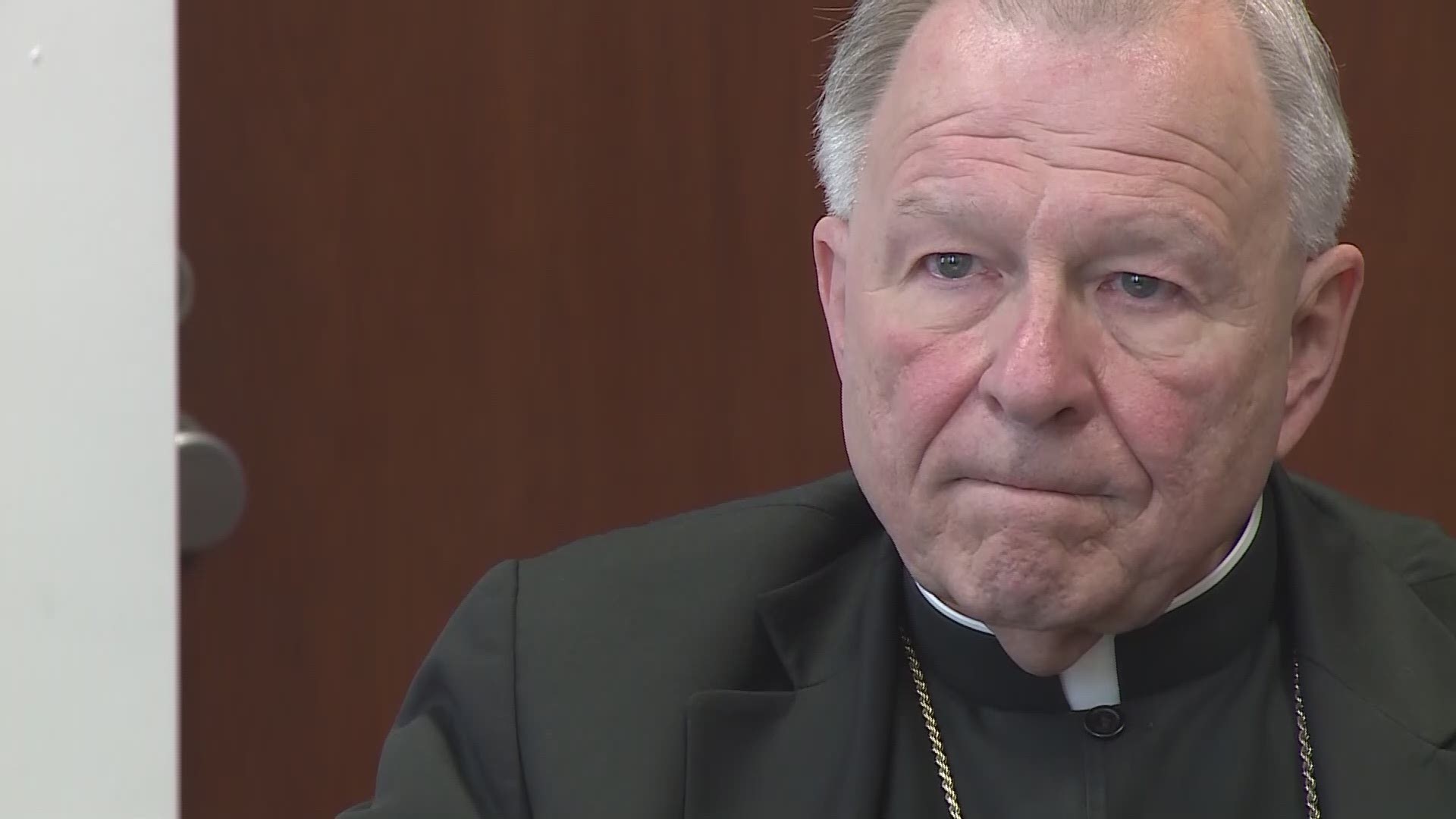 ►LIST: 57 members of the clergy who face credible claims of sexual abuse of minors

NEW ORLEANS - The Archdiocese of New Orleans on Friday identified 57 priests and deacons it said have faced credible claims of sexual abuse of minors in recent decades.

The clergy were identified in a list Archbishop Gregory Aymond released as the church sex abuse scandal recently made news across the country and in New Orleans.

In a letter he released Friday morning, Aymond said he received calls both urging him to release the list and to keep it private. “I believe it is the right thing to do in order to foster the healing of victims, in a spirit of transparency, and in the pursuit of justice,” the letter reads.

The list is 10 pages long and included recent allegations as well as one as far back as 1917.

-The names of Archdiocese of New Orleans clergy who are alive and have been accused of sexually abusing a minor which led to their removal from ministry. In each case, the cleric remains out of ministry.

-The names of Archdiocese of New Orleans clergy who are deceased and who admitted or have been publicly accused of sexually abusing a minor.

-Religious order priests taken out of ministry by the Archbishop of New Orleans in 2002, even though the abuse was not alleged to have occurred in the Archdiocese of New Orleans.

In his letter, Aymond said a team of more than 10 men and women that included staff and outside lawyers reviewed the files of 2,432 priests who have served in the in the archdiocese since 1950.

Aymond wrote that for those clergy who have died, a “very careful examination” took place “in order to justify” identifying the person publicly. More recent cases were presented to the Archdiocesan Review Board, which is made up of lay experts who review each case.

Ken Daley, a spokesperson for the Orleans Parish District Attorney's Office, released the following statement about the release of the diocese list:

"The District Attorney’s office has received today’s disclosure by the New Orleans diocese of the names of church officials and employees against whom allegations of sexual assault have been made. As always, we stand ready to evaluate for possible prosecution any cases brought to us after investigations are completed by the New Orleans Police Department."

The list was released after recent headlines about a George Brignac, a former deacon accused of raping one boy and sexually assaulting another decades ago, who was allowed to remain a lector at St. Mary Magdalen Catholic Church after the archdiocese settled with one of his victims for $500,000.

News of another major settlement that preceded the release came to light after Richard Windmann told The New Orleans Advocate about being sexually assaulted and raped as a boy in the 1970s by a janitor at Jesuit High School. Windmann, who lived in Mid-City but was not a student at Jesuit, received $450,000 from the school.

Aymond first said during an interview in September that his office was trying to determine if releasing a list of credible claims was feasible. Weeks later, he said he hoped to do so sooner, rather than later.

“We have done our very best to make this report as accurate and complete as possible,” Aymond wrote in his letter on Friday. “If necessary, the list will be updated if other cases are presented.”

The first major child abuse scandal happened in the 1980s when Lafayette priest Gilbert Gauthe was convicted of sexually abusing as many as 39 children in several parishes.

While that was the first major case to be made public, accusations against members of the clergy date back years before that. But under former New Orleans Archbishop Philip Hannan, the local church had no formal process for handling allegations against the clergy.

In 1991, however, allegations of sexual abuse against Dino Cinel surfaced. In the rectory of St. Rita Catholic Church where he lived, a fellow priest discovered a collection of child pornography and videotapes Cinel filmed of himself having sex with young men.

It took years to bring Cinel to trial, where he was acquitted.

In 1993, then-Archbishop Francis Schulte took the first step toward announcing protocols for handling allegations of sexual abuse of children by priests.

He named a board of lay people to investigate allegations, but it later came to light that the criteria were so restrictive that no cases were ever addressed.

Then, three days after Alfred Hughes was installed as archbishop, The Boston Globe published its explosive investigation into sexual abuse and its cover-up in Boston.

Hughes, who served as Cardinal Bernard Law’s right-hand man, was called to testify before a grand jury. He said he did not know of any instances of bishops obstructing justice.

Prompted in part by the scandal in Boston, Hughes established a board of review in New Orleans. He said it had reviewed the files of 1,000 clergymen going back 50 years and found allegations against nearly a dozen of them to be credible.

The archdiocese did not disclose names or details, but there were settlements -- a sign that the church was trying to repair the damage.

Hughes established new protocols for handling allegations and suspended or removed several priests from ministry. Still, there was criticism after some cases were handled without public knowledge.

Those same criticisms have popped up again after the recent revelations about previously-unannounced settlements.

Aymond wrote that anyone who wants to speak about someone not on the list should call Victims Assistance Coordinator Br. Stephan Synan at (504) 522-5019.