Dense fog the last few days has been making it hard for drivers to see on the roads. But there's another problem complicating the situation. 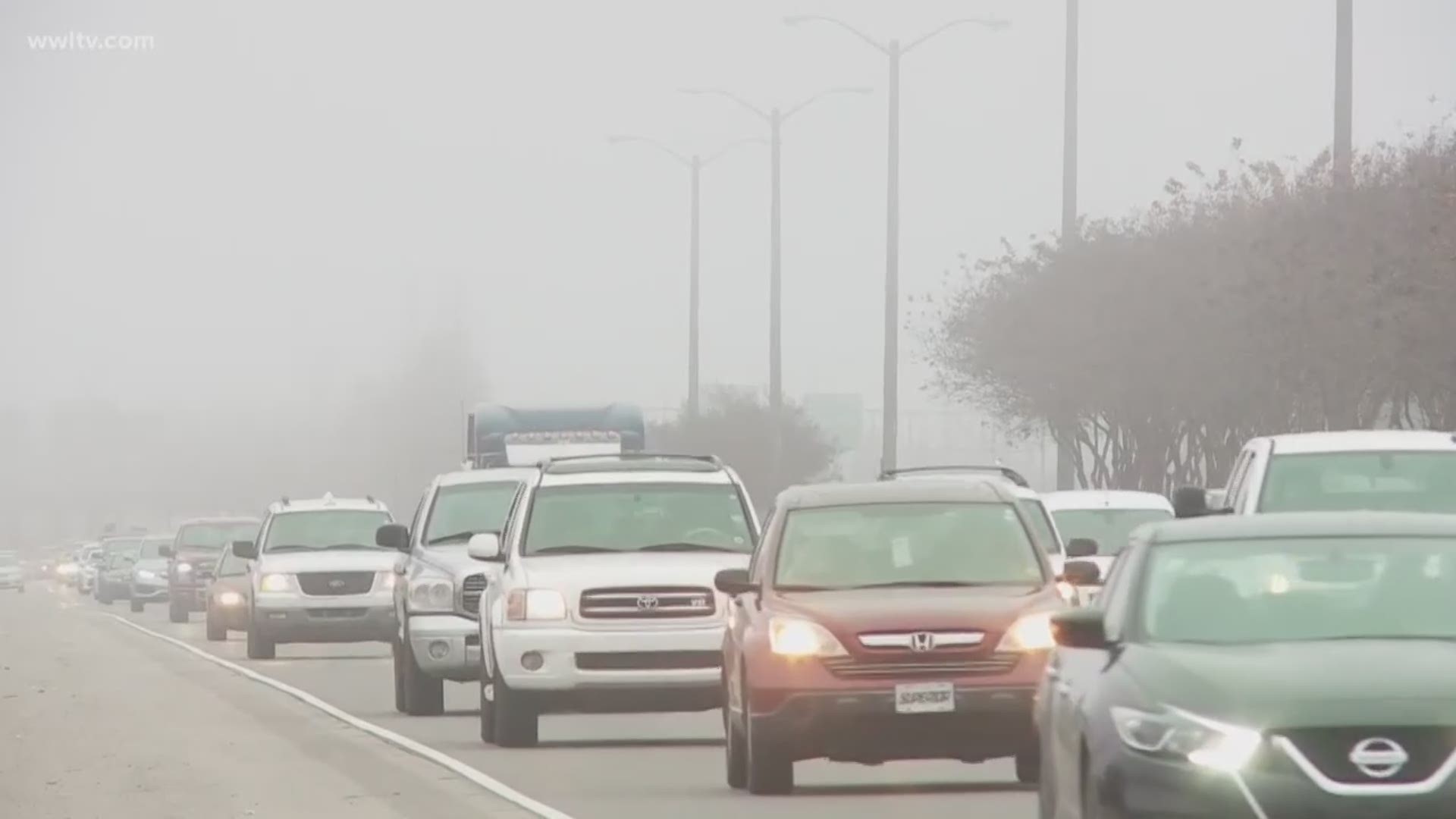 It's already hard driving thru this weather during the day. The hazards only increase after sunset.

Sandra Wright has lived in New Orleans East for 34 years.

"At night it's very hard to see. For the most part, a lot of the lighting comes from the streets below the interstate. And so we have to drive very carefully," Wright said.

She's so concerned about the dark roads, Wright says she avoids driving at night.

"The interstate needs lighting! People are coming from Slidell, from Gulfport, and you have to pass thru the East...to get where you're going," Wright said.

"Serious accidents I mean. Fatalities. I would say maybe off the top of my head, maybe three four, involving massive car pile up as a result of the fog and again, no lighting," Carrie said.

Last year, two deadly accidents happened on I-10 near Morrison Road. Lack of lights was part of the problem.

Eyewitness News traveled up and down the interstate and noticed between 510 and Bullard, lights were working, but some of the highways' poles were either completely off or partially on. Eyewitness News reached out to the City of New Orleans for an update. In 2018, the city repaired 569 lights in New Orleans East.

They also just wrapped up a project and repaired lights on I-10 and Morrison.

The city also says they plan on fixing the lights on I-10 between Mayo and Bundy. Next month, crews plan to change the lights between Bundy and Wright.

Neighbors in the East say oftentimes, they feel forgotten.

"We almost expect, not to be taken care of but we deserve better," Wright said.

They're asking the lights to be changed and fast, before the next fog fills the air.

If you find a problem with lights on the interstate, the city says to call 311.