Zion Williamson says he has never been to New Orleans. That might soon change. 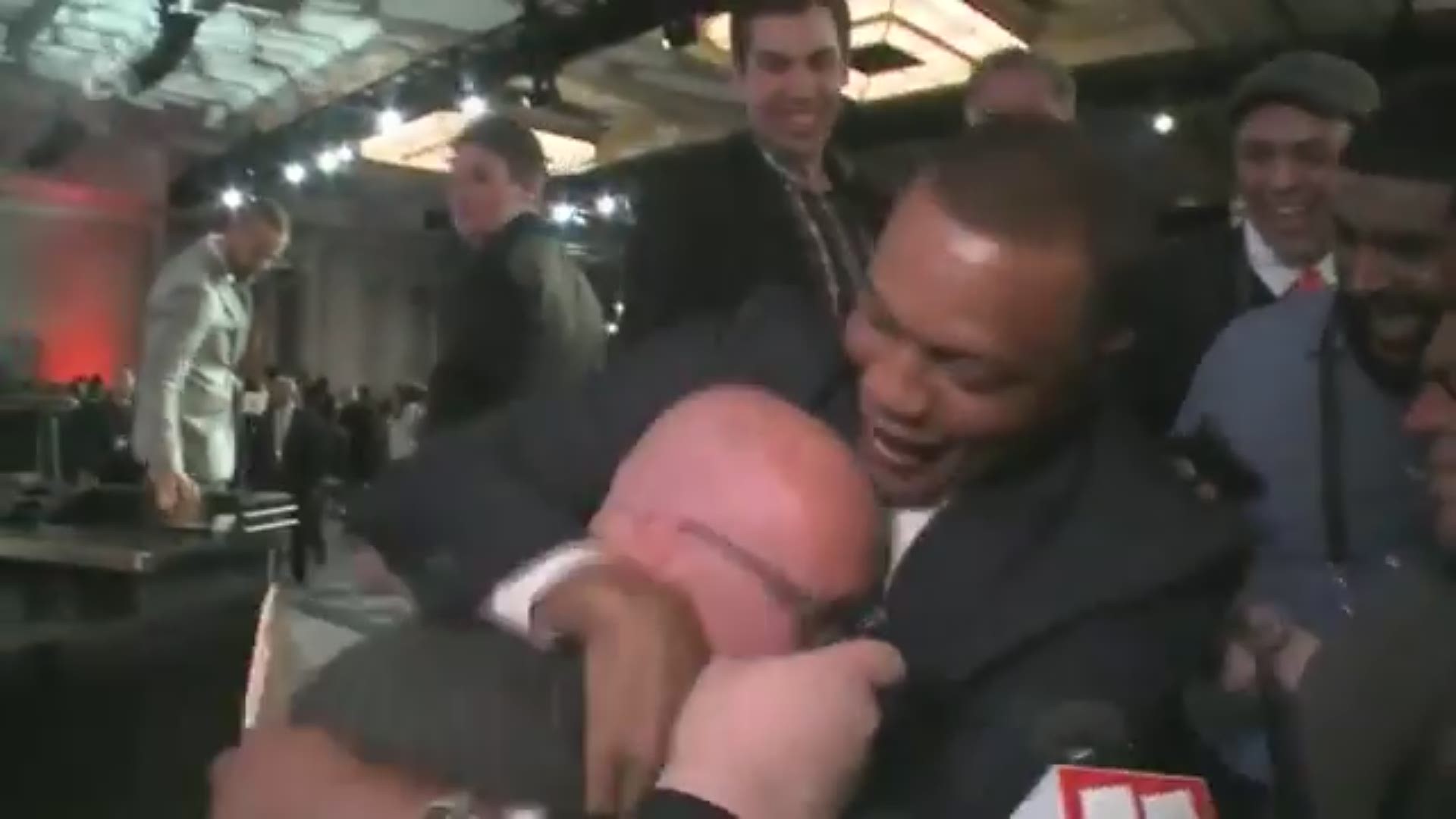 CHICAGO (AP) — Zion Williamson has never been to New Orleans.

That may be changing very soon.

The Pelicans bucked seriously long odds Tuesday night, winning the NBA draft lottery and the right to have the first chance at selecting the former Duke star next month — and potentially pairing him with Anthony Davis, in what would immediately become one of the league's most intriguing frontcourt duos.

"I don't believe the universe makes mistakes," said David Griffin, who is barely a month into his tenure as New Orleans' executive vice president of basketball operations. "I just think we have something special going on."

Griffin doesn't play the lottery, unless the jackpot is one of those billion-dollar-type enormous ones.

Maybe he should. The ping-pong balls seem to bounce his way a lot.

Griffin was with Cleveland when the Cavaliers won the lottery in 2011, 2013 and 2014. And now it's the Pelicans, his new employer, which has struck lottery gold. They defied the odds to do it; the Pelicans entered the lottery with a 6% chance of winning the No. 1 pick for the June 20 draft.

So now, instead of going into a summer where they may have traded Davis — the player New Orleans got when it won the lottery in 2012, the player who was openly disgruntled this season — the Pelicans have a chance at becoming much better, and fast.

"This just jump-starts the process," Griffin said. "It'll be harder for me to mess it up than it would have been before this."

Memphis will choose second, New York third and the Los Angeles Lakers will pick fourth. The Pelicans, Grizzlies and Lakers all moved up to get a top-four spot; New York, Phoenix and Cleveland had the best odds of winning the lottery at 14% each, and none of those clubs even got a top-two pick.

The lottery had a new format this year, one that the league hoped would even the playing field in a number of ways and didn't make all-out tanking a more enticing option to teams looking to maximize their chance at securing the No. 1 pick.

The Knicks, Suns and Cavs didn't have much interest in winning this season, with none winning more than 19 games. The ping-pong balls apparently weren't interested in having them win the lottery, either.

"I don't think you should ever not play to win basketball games," Pelicans coach Alvin Gentry said. "I don't see where it would help you."

Cleveland will pick fifth, followed by Phoenix, Chicago and Atlanta. Washington has the No. 9 pick, Atlanta goes again at 10 and Minnesota is at No. 11. Charlotte is next up, followed by Miami at 13 and Boston at 14. That pick was conveyed to the Celtics by Sacramento as part of an earlier trade.

The Hawks felt they were big winners, too, after getting two top-10 picks.

"There are always good players," said Hawks guard Kevin Huerter, the No. 19 pick in last year's draft and part of Atlanta's contingent at the lottery. "Every team just has to go out and find them."

UCF center Tacko Fall, the 7-foot-6 draft hopeful, played against Williamson in the second round of the NCAA tournament — a 77-76 Duke victory that went down to the very last moment, a game where Williamson scored 32 points. Fall was asked Tuesday who he would take with the No. 1 pick in this draft, and he did not hesitate for even a second before answering.

"Zion," Fall said. "He's a once-in-a-generation player. I'd seen him on TV a lot, but when you play against this kid, you just see it. He's different."

Murray State's Ja Morant, projected by many as a strong candidate to be chosen No. 2 overall, was among the players in the audience viewing the proceedings.

"I don't have any reaction," Morant said. "I was just excited to be here and be in the position that I'm in and just to see how it all played out. Honestly, I don't know what number or where I'll land. Obviously, whatever team drafts me, I'll be happy to go there and bring it every night."

Williamson was one of three now-former Duke starters at the lottery — R.J. Barrett and Cam Reddish were among the invited players as well.

Barrett and Reddish don't know where they're heading.

Aided by a lucky tie that came from Cavaliers executive Jeff Cohen — the one Cohen wore for all three of Cleveland's lottery wins, and one Griffin insisted he get to use this year — along with an angel pin that belonged to his grandmother and the winning ping-pong ball combination of 7-4-12-13, Griffin is already off to a flying start in New Orleans.

And maybe Davis will be more interested in staying now.

"I don't think it'll play into it hugely," Griffin said. "If he was open-minded to believing that we could build a winner around him, he's more open-minded to it. ... We're going to build something that we hope everyone wants to be part of and I believed very strongly Anthony's going to want to be part of that whether we win this or not. I think when you have elite talent, that tends to attract other truly elite talent."