Another loved event becomes a casualty of the pandemic 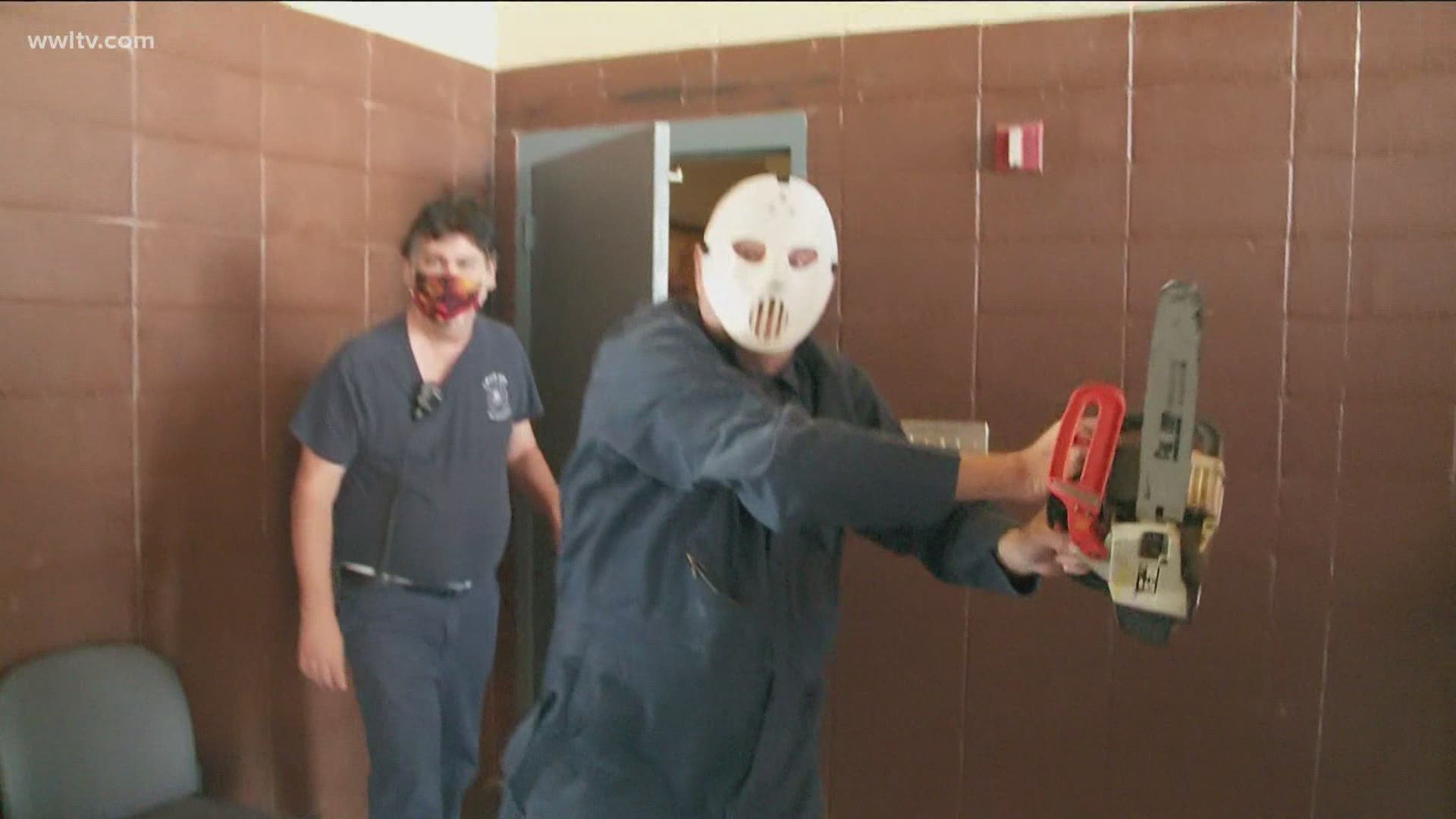 NEW ORLEANS — For those who have not gone, they have probably seen signs promoting it across Jefferson Parish during fall. The Lafitte Fire Department House of Horrors has been a favorite Halloween haunt for years.

“You come through here and we had mirror mazes, we had bridges, we had tunnels, we had a whole lot of different things,” said Fire Chief Linton Duet. “When the people leave, they love it.” But what’s become a “spooktacular” tradition along Bayou Barataria is now a casualty of the Coronavirus pandemic. Safety concerns cancelled this year’s event.

“We just didn’t want to take the chance this year of doing the haunted house, mostly because of the safety aspect and the six-foot distancing that we have to do,” Duet said. For Duet, he will miss playing the chain saw chasing “Jason” in the haunted house this year.

Fans of the event are also disappointed.

“From little bitty kids to old people like me, that go there, it’s a yearly deal and people like it and they always come back,” said Nancy Polkui.

The fire department uses the event as a fundraiser to pay for community events including an Easter egg hunt, Christmas parade and yearly dinner at the Lafitte Senior Center.

“We donate it back to the community,” Duet said. The Lafitte Fire Department is now hoping to have some fundraisers later this year like a boot shake in November to help make up for some of the money lost by not being able to have the haunted house this year.

“By not doing it this year we lose a lot of fun,” Duet said. “Not only to see the kids get scared, but also some of the adults getting scared. We just have to do something bigger and better next year.”

The annual Lafitte Haunted House would have started this past weekend.