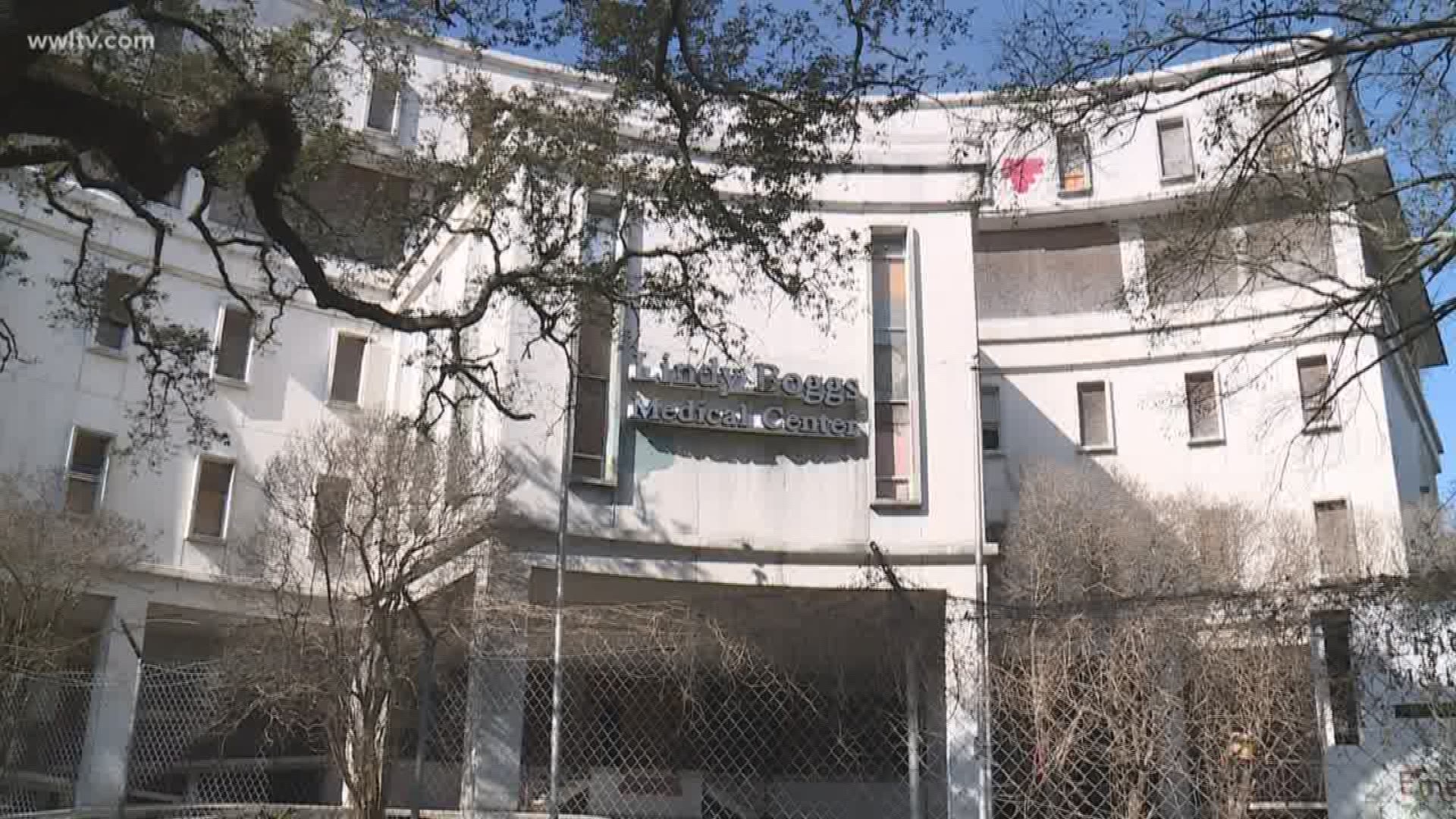 NOFD firefighters arrived at the abandoned complex around 2:00 p.m. after receiving reports of the smoke coming through holes in one of its boarded windows.

After entering the building, firefighters found the source coming from inside an elevator shaft and stamped out the fire. One official on the scene told WWL-TV they suspected a squatter entered in the neglected center had been lighting objects on fire in its lower levels.

The Lindy Boggs Medical Center, known as the Mercy Hospital for most of the 20th Century, has been abandoned for more than 13 years. While a fence around the complex is meant to keep people out, there are visible holes in the links big enough for people to enter through.

Named after the late democratic congresswoman from Louisiana, the vacant hospital closed after Hurricane Katrina. Now, it's an eyesore in an area that has experienced new development like the Lafitte Greenway and several thriving businesses in recent years.

NOFD officials did not comment on what objects were burned but said the small fire was contained.