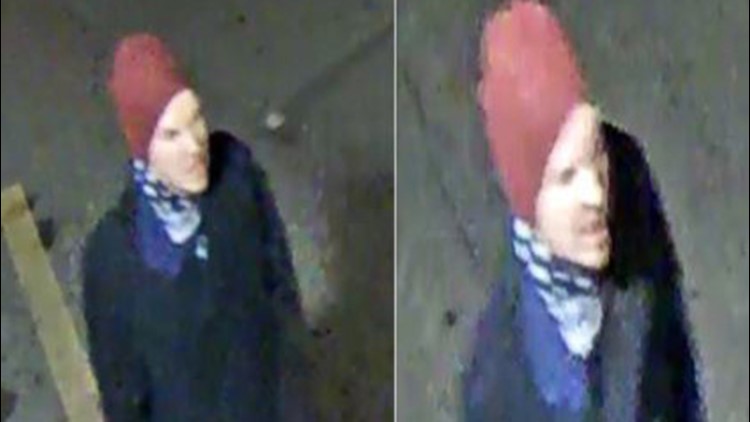 NEW ORLEANS — Police are looking for a man who allegedly committed an armed robbery using a ‘machete-style’ knife.

According to police, the robbery occurred in the 400 Dauphine Street around 2:25 a.m. The victim and his girlfriend were approached by the man who allegedly demanded the victim’s wallet. The man, pictured with a red skull cap and blue bandanna, had a machete style blade, according to NOPD.

The victim attempted to flee and the man gave chase. The victim fell and tried to fend off the wanted suspect. During the altercation, the victim suffered deep lacerations to his left hand, police said.

After being wounded the man complied and surrendered his wallet. The suspect then fled to the 900 block of St. Louis Street where he entered a black Lincoln SUV and fled on the street toward North Rampart Street.