Students at a north Minneapolis school plan on going to a local movie theater for a private screening of Black Panther. 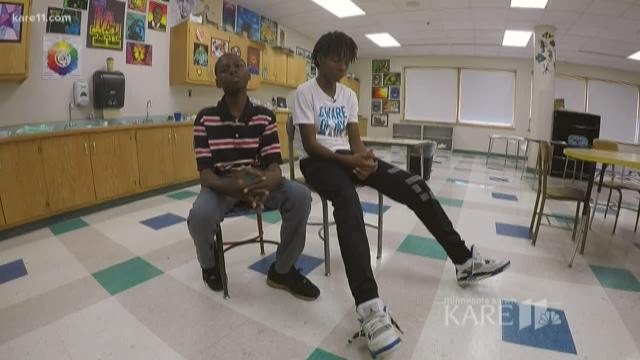 According to Fandango, Black Panther is already in the top five for most pre-sale tickets ever—just behind the new Star Wars movies.

Now a Minneapolis teacher is making sure the students at her school get to see it.

"Representation for our kids is so important. Being able to see African American heroes on screen, doing heroic things, it's so important," said Faith Binman, a special education teacher at River Bend Education Center.

River Bend is a special education school, serving grades K-8, in north Minneapolis. According to Binman, about 95 percent of the students are African American.

Wesley Bacchus, a special education assistant at River Bend, recalled students' reactions when watching movies during school in the past. "What we were finding was a lot of the kids were getting discouraged by the films. The main thing that they would say was most of the films show black people in a negative light. They're either a slave or they're inferior in some sort of way... and it would be nice for them to have a film that they could see where they're being shown as positive," Bacchus said.

Binman first heard about the "Black Panther Challenge" on The Ellen DeGeneres Show. Frederick Joseph, a marketing professional and philanthropist, started the campaign as a way to raise money to take children in Harlem to see the film. The idea then caught on nationwide.

"I thought, 'Wouldn't it be cool if we did this?' Like, raise the money and take the whole school. And then I got home and thought, 'Well, why can't we?'" Binman said.

Binman started a GoFundMe page (now closed) and raised more than $1,200 in 17 hours. The money will cover the cost for students and their families to see a private screening of the movie, as well as transportation to get to the theater.

Binman said they are still working out the date of the screening but she has connected with a local movie theater that will host the school. Because Black Panther is PG-13, students need to get parental consent and if under 13, they're asking parents to come with. Under a hundred students attend the school; Binman expects 50-60 kids will participate.

"I was excited," said seventh grader Marion Richardson, about the future field trip.

Special education assistant Brandon Golden said, "I just see it as another opportunity to educate. Comic books... I was into comic books as a kid and to see that representation does mean a lot."

Binman added, "What Wonder Woman did for little girls, this is going to do for kids of color all over."