Questioned about his use of the troopers for travel, Nungesser at one point told WWL-TV that State Police troopers drive him “everywhere” in a police unit, including for his re-election campaign. 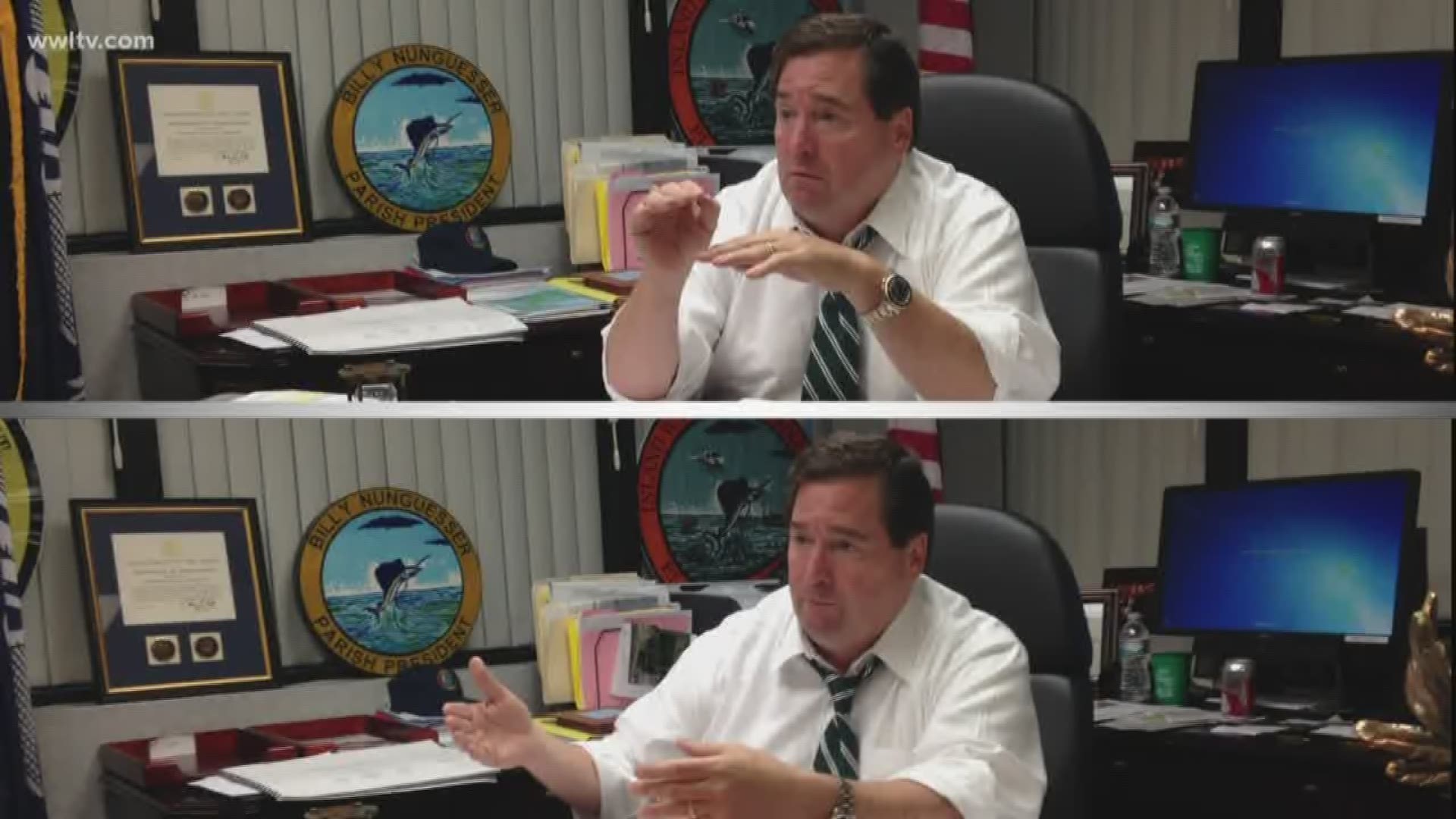 NEW ORLEANS — Lieutenant Gov. Billy Nungesser gets $8,400 added to his annual salary to drive his personal vehicle for work. But sources who have worked in his Department of Culture, Recreation and Tourism say they have rarely, if ever, seen him drive himself.

Instead, they say State Police troopers drive Nungesser everywhere he goes in a state-owned SUV, at times even to take him the few blocks from his office at the Capitol Annex to the State Capitol.

Questioned about his use of the troopers for travel, Nungesser at one point told WWL-TV that State Police troopers drive him “everywhere” in a police unit, including for his re-election campaign. At another point, he told the TV station he only rides with the troopers part-time.

Nungesser’s personal vehicle stipend and his use of State Police protection are among several issues WWL-TV has questioned regarding Nungesser’s use of public funds as he runs for a second term as lieutenant governor.

In a review of public records, the station also found members of Nungesser’s state staff getting paid by taxpayers when they may have been working on his re-election campaign, apparently claiming overtime pay to do so in some cases. In other cases, Nungesser and his staff blend official government activities with his campaign, handing out campaign literature and soliciting donations on state time.

WWL-TV began seeking public accounting of Nungesser’s official state travel in February, but the State Police blocked the release of certain records by claiming they could expose “security procedures.” The State Police has refused to turn over any records showing when and how often troopers have driven the lieutenant governor in taxpayer-financed state vehicles, even when the request was limited to specific days in the past.

Nungesser, who has at least two large homes and often brags that he doesn’t need the lieutenant governor’s salary, told the station that he rarely turns in his state expenses for reimbursement. He said in a statement he has spent “approximately $60,000 each year out of my pocket to cover expenses.”

He also said he often uses his personal money to buy meals for his staff during work and rarely turns in expense reports claiming reimbursement.

But public records show Nungesser turned in 22 travel expense reports in 2018, totaling more than $19,000 for lodging, airfare and meals, including more than $4,400 for meals. That’s a significant departure from Nungesser’s predecessor, Jay Dardenne, who claimed $226 in expenses from a single trip in 2015.

The State Division of Administration, now headed by Dardenne, said Dardenne declined to use a State Police vehicle while he was running for governor that year, instead receiving a monthly stipend to drive his own car.

When WWL-TV requested record of Nungesser’s stipend payments since he took office in 2016, his undersecretary Nancy Watkins, who oversees finances for the Lieutenant Governor’s Office, provided a printout showing Nungesser getting around $4,200 a year for that purpose. But the Division of Administration, which handles payroll for all state employees, said Nungesser has been getting twice that much, $8,400 a year or $700 a month.

State officials get a choice: They can be assigned a state-owned vehicle, or they can take a flat monthly payment. They cannot do both.

Nungesser is an in-between case. He is not assigned a state car to drive himself, but the State Police confirm that he is assigned a police unit and at least one trooper to drive him in it. The governor is guaranteed 24-hour security protection, but state policy also allows him to assign protection to the lieutenant governor.

“It has been strongly suggested to me by State Police leadership that I should have a full-time security detail assigned to me especially since we see so many acts of politically-motivated violence unfold throughout America,” Nungesser wrote in a statement Tuesday. “Regardless of the recommendation, I don’t accept a full-time detail. I only agree to one part-time State Trooper who I use for security only intermittently.” 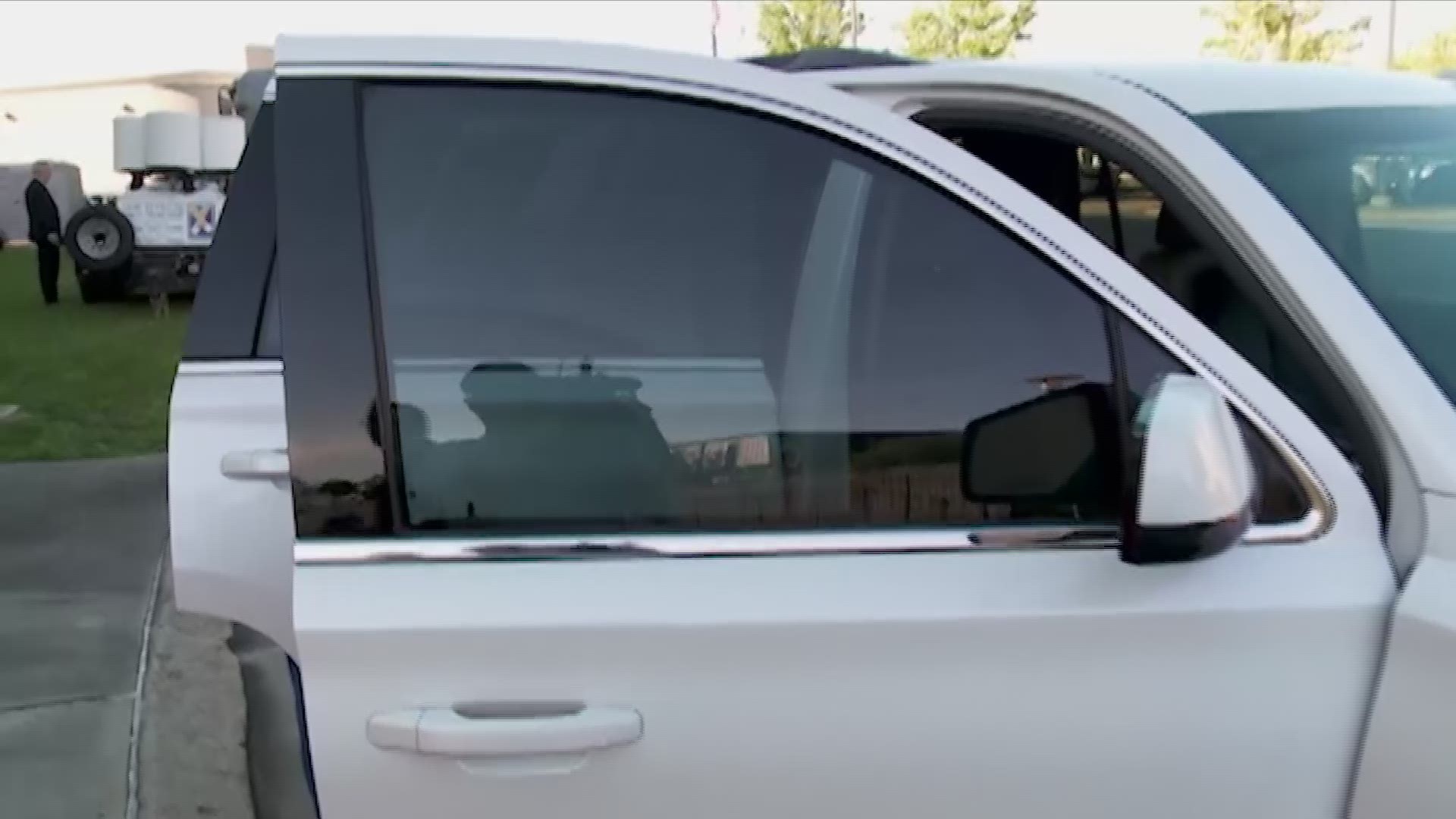 The State Police was willing to provide only limited information about its security services for Nungesser. Records show the police unit assigned to Nungesser has driven 73,770 miles, costing nearly $10,000 in fuel and more than $9,100 in overtime for troopers assigned to Nungesser since the start of 2018.

When WWL-TV first asked Nungesser about his use of the State Police vehicle in March, he said the troopers drove him “a few times a week, back and forth when I'm traveling between destinations.”

Then he added: “When I don't need to get somewhere to speak for public business, I drive myself. You can look at the schedule and see and whenever there's not trooper travel on there, I'm driving myself.”

But when WWL-TV asked his office for the calendar, Nungesser’s staff attorney, Julia George Moore, initially refused, saying the State Police had advised that releasing the calendar “poses a security risk.”

Public officials’ past calendars are public records. Nungesser even sends the media a calendar of his upcoming public events every week.

More than three weeks after WWL-TV made the request, Nungesser’s office relented and agreed to send “redacted” copies of his calendar dating back to January 2016, when he first took office. But what it sent did not appear to match up with what witnesses observed in person or what had been recorded on unredacted versions of the calendar viewed by WWL-TV.

Versions of the calendar viewed by WWL-TV from before the state redactions indicate whenever a trooper was scheduled to drive Nungesser, using the designation “TT” for “trooper travel.” Nungesser specifically said in an on-camera interview the calendar would show when he used the trooper and when he used his own vehicle. But then his office sent the station a redacted calendar that had no references to trooper travel at all.

WWL-TV followed Nungesser to various government and campaign activities on four days in March and April, and recorded him on camera being driven by state troopers in State Police vehicles for all of them.

On one of those days, March 11, Nungesser spent about an hour in the morning at WWL-TV studios in the French Quarter talking about tourism on the “Great Day Louisiana” program and conducting interviews with news reporters. He was driven there by a state trooper and accompanied by his communications director, Julio Guichard.

When they left the TV station, they drove in the State Police SUV to Metairie for a meeting with Nungesser’s political strategist, Greg Buisson. Two other state staff members – Chief of Staff Julie Samson and senior advisor Josh McNemar – went to Buisson’s office in a separate state vehicle. Buisson confirmed he met for hours that day with Nungesser, but the calendar provided in response to WWL-TV’s public records request makes no mention of a meeting with Buisson. Instead, it says he was scheduled to go to the same building in Metairie to meet from 11 a.m. to 12:30 p.m. with developer Joe Jaeger, who also has an office there.

WWL-TV observed Nungesser didn’t leave the building in Metairie where Buisson’s office is until 4 p.m. Buisson left by 3 p.m. and said he didn’t know if Nungesser met with Jaeger after he left.

Buisson said the state staff members were in his offices that afternoon, but only minimally involved in his meeting with Nungesser and may have been working on state business while there.

WWL-TV recorded video of the state trooper spending much of those four hours waiting in the vehicle in the parking lot. At 6 p.m., Nungesser held a fundraiser for his campaign in Kenner, according to a campaign announcement. But that event doesn’t appear on his redacted calendar either.

Guichard claimed 4 hours of overtime that day on his state timesheet. State policy requires employees to give reasons for paid leave or overtime on their timesheets, but Guichard did not give a reason for the overtime March 11. He did not respond to a request for comment.

But Nungesser did give this comment in a written statement Tuesday: “All staff members who volunteer to assist on a campaign project (whether mine or some other candidate’s), and/or staff members who agree to attend a campaign event must take personal leave or comp time to do so. To my knowledge, the state has not incurred any costs from any of my staffers for the time they spend outside of state-related work.”

A computer image of Nungesser’s calendar captured before WWL-TV made its request also showed a meeting with Buisson on Feb. 13. That meeting is also missing from the calendar that was provided Monday in response to the public records request.

On March 25, WWL-TV cameras recorded a State Trooper picking up Nungesser first thing in the morning at his mansion in Port Sulphur and driving him an hour to the New Orleans airport so he and McNemar could fly to Washington for a lieutenant governor's convention and a campaign fundraiser.

The redacted calendar makes no mention of Nungesser traveling March 25. It does mention the breakfast at the Capitol Hill Club on March 26, which was billed on a campaign announcement as a fundraiser for Nungesser, and McNemar did take an hour leave for a “private event” on his timesheet that day.

WWL-TV obtained a copy of Nungesser’s calendar from October before his office redacted it. It shows "TT" for trooper travel each time Nungesser went somewhere during the work week. For example, on Oct. 15, it shows trooper travel for Nungesser to host an all-day golf tournament as a campaign fundraiser at Le Triomphe Golf & Country Club in Broussard.

Eight of Nungesser’s state staff members claimed 8 hours leave that day, according to their timesheets, and worked as support staff at the golf tournament.

A photo obtained by WWL-TV showed the State Police Tahoe parked at the club during the event.

But the calendar Nungesser’s office provided was blank for Oct. 15.

The Oct. 16 entry is also blank on the redacted calendar, but the unredacted version shows a trooper drove Nungesser that day to the BTR Jet Center, a private plane operator at the Baton Rouge airport.

WWL-TV cameras were also at the Celtic Center in Baton Rouge on April 10 when Nungesser held his biggest fundraiser to date, an evening soiree called the “1st Annual Louisiana Takes the Stage.” The trooper drove Nungesser there in the State Police Tahoe.

Asked if it was appropriate for the trooper to drive him to a campaign event, Nungesser said: “Absolutely. He brings me everywhere, for security reasons.

Reminded that he’d previously said the trooper only drove him “part-time,” Nungesser said: “It’s when I’m being transported places, but I use my vehicle too. I've told you that twice.”

Further blurring the lines between his public job as the state’s tourism champion and his candidacy for re-election, Nungesser apparently counts speaking engagements at various local Republican Party clubs as part of his state duties, not his campaign.

But at a luncheon speech March 13 for the Republican Men of St. Tammany at Beau Chene Country Club, a witness told WWL-TV two flyers were left at each place-setting, one asking attendees to promote Louisiana, the other inviting them to “join the Billy Club” and support the April 10 campaign fundraiser.