The state health department is expected to notify nearly 40,000 Medicaid enrollees they are in danger of losing the state aid that keeps them in senior care facilities. 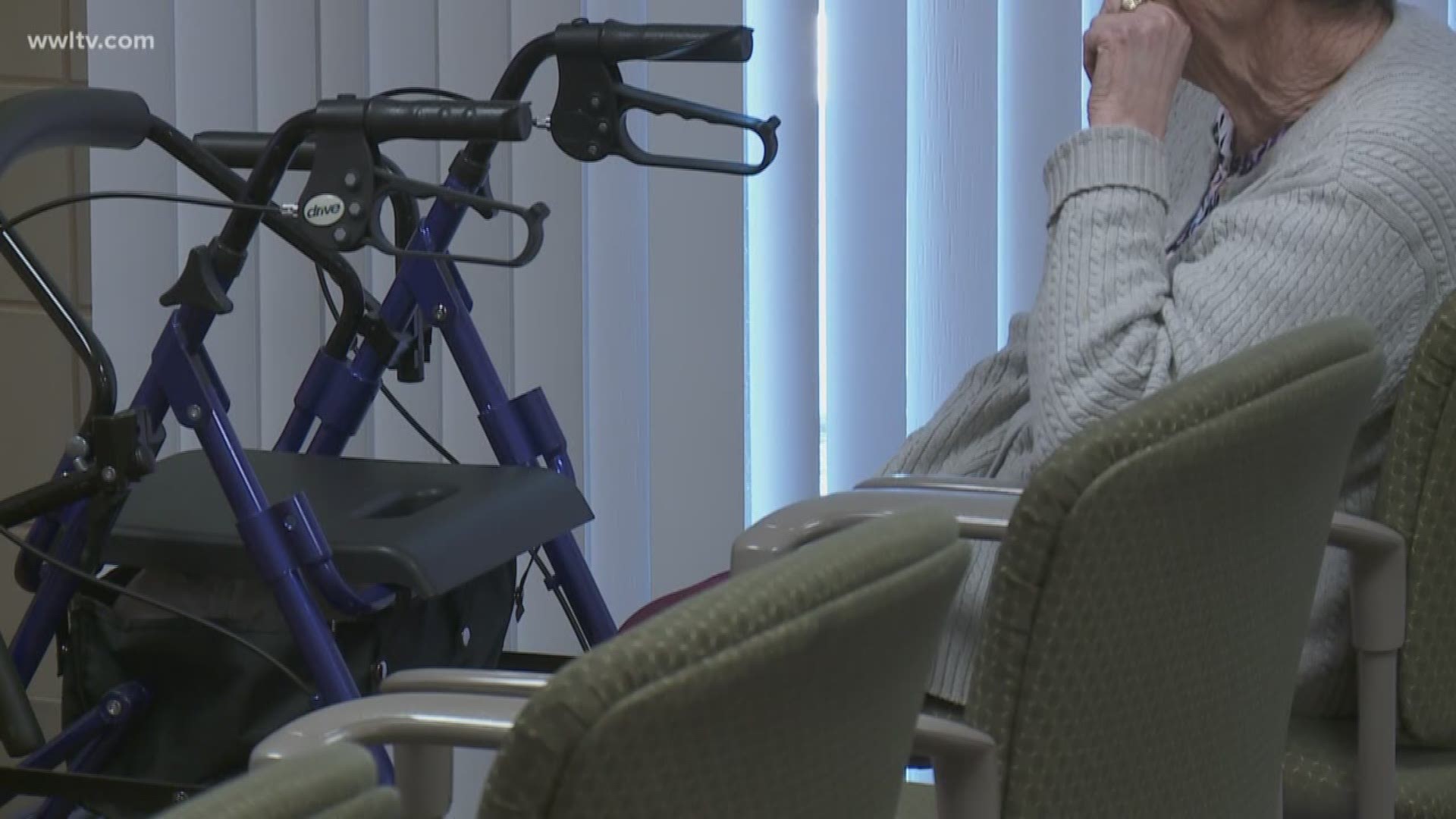 It's been said that "the true measure of any society can be found in how it treats its most vulnerable members."

By that standard, Louisiana isn't doing too well.

The state health department is expected to notify nearly 40,000 Medicaid enrollees they are in danger of losing the state aid that keeps them in senior care facilities.

"It's unconscionable to think this is even in the realm of possibility," Chateau De Notre Dame CEO Wayne Plaisance said.

Plaisance is among nursing home officials in the state with deep concerns.

"We have no place to discharge these residents to, so if they're planning on making the cut, they have an obligation to figure out, where do we move these people to," Plaisance said.

Sister Ann Lacour is vice president of board at Chateau, Our Lady of Wisdom and Wynhoven.

"What does a person with no family do that would be on the street," Lacour asked. "It's much, much bigger than cutting the Medicaid dollars."

Howard Rodgers from the New Orleans Council on Aging said his agency would not be able to care for all the people suddenly losing Medicaid benefits.

"The only support system that they're going to fall back on is us and we can't provide 24-hour care for them," Rodgers said.

Managers of the nursing homes operated by the Archdiocese of New Orleans admit if these cuts come to pass they will likely have to close the facilities. That's because 70 to 75 percent of the residents in their nursing homes are receiving Medicaid benefits.

"This will cause great distress and panic in many, many of our very vulnerable people," Sister Lacour said.

"We as taxpayers should not have to beg for services for those who can't care for themselves," Plaisance said. "We have a moral obligation to provide for that."

The House-backed version of next year's budget would close a gap caused by expiring taxes by cutting $431 million in general state tax dollars from the health department. The cut would grow to an estimated $1.6 billion or more with the loss of federal matching dollars.

Gov. John Bel Edwards wants lawmakers to pass replacement taxes in a special session later this month to fill the budget hole. But it's unclear if lawmakers will be able to reach a tax deal after a February special session imploded without raising revenue.

The state Senate has yet to vote on the budget.

The Louisiana Department of Health released this statement:

"The Louisiana Department of Health has begun the planning process necessary to notify all impacted enrollees that some people may lose their Medicaid eligibility. The goal of the department is to give notice to all affected people as soon as possible in order that they begin developing their appropriate plans. This notification process will begin later this week. We are planning to send out approximately 37,000 notices to those whose eligibility is at risk of ending on July 1. Included in the mailing are people who receive care in nursing homes, group home for those with developmental disabilities and some who receive their services and supports in their home. The department recognizes that individuals and families will have many questions and concerns once written notifications are mailed."