One person killed, deputy hurt in officer-involved shooting in Bogalusa

According to Louisiana State Police, the shooting happened after 3:30 a.m. Friday at a boat launch on Poole's Bluff Road in Bogalusa. The Washington Parish Sheriff's Office was called to investigate a suspicious person on a motorcycle. 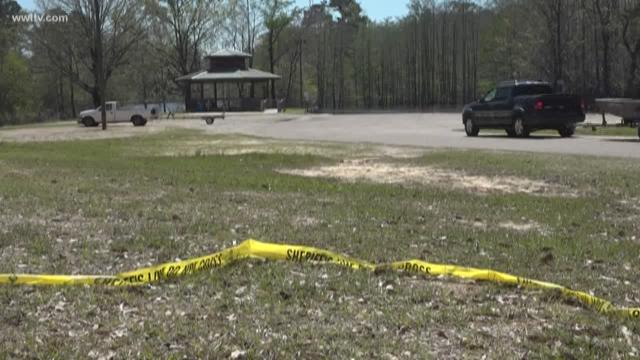 The Poole's Bluff Boat Launch in Bogalusa turned into a crime scene early Friday morning following an officer involved shooting. It all happened after a 32-year-old Bogalusa man got into a struggle with a Washington Parish Sheriff's Deputy. Bogalusa Police arrived, saw the fight, then shot and killed the suspect, according to Louisiana State Police.

A call came in at around 3:30 a.m. about a suspicious motorcyclist, later identified as Daniel Allen Young of Bogalusa, in the parking lot. A Washington Parish sheriff's deputy was the first one there, according to Louisiana State Police. Shortly after the deputy arrived a fight broke out between the deputy and the suspect.

"Officers with the Bogalusa Police Department responded, shots were fired and the suspect was killed,” said Trooper Dustin Dwight with Louisiana State Police.

It's unclear how many shots were fired, but state police say the fatal bullet came from a Bogalusa Police officer's gun. The deputy was hurt during the fight. He was taken to a nearby hospital. His condition is unknown. Also still unclear is what lead to the struggle or if Young was armed however state police say they are determined to find out.

"Were gonna do a complete, thorough investigation,” said Trooper Dwight. “You are talking about witness interviews. We've got mapping technologies. Were gonna be able to look at the scene from a bird's eye view. It's a very detailed thorough process.”

One boater who spoke with WWL says he sees suspicious people down at the boat launch every now and then but never imagined anyone would ever get shot.

"Around here it's calm, just fishing and hunting (but) people come down here and do what they want sometimes," said Johnny Corkern, a Bogalusa resident.