Buddy Bolden’s home has been crumbling for years, but a big name is stepping in to try to help save the dilapidated shotgun double 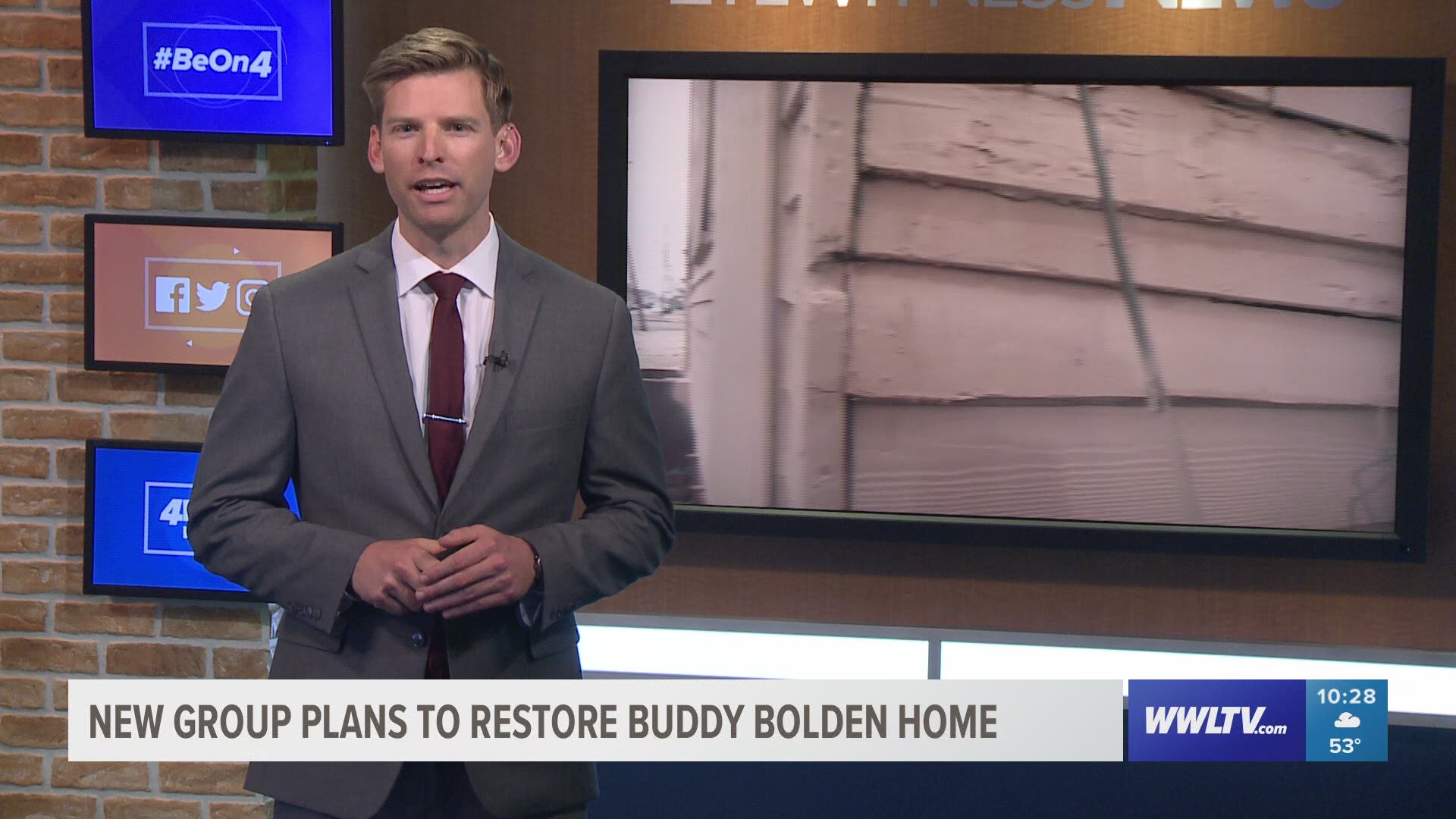 NEW ORLEANS — Legend has it that Buddy Bolden could blow his horn so loud from the front steps of his Central City home that people in Algiers could hear it on a clear night.

“King” Bolden, as he was known, is widely considered the founding father of jazz, the music that helped to put New Orleans on the map.

But the Central City home where he spent much of his life before being committed to the state’s insane asylum has been crumbling for years. It’s frustrated jazz historians and preservationists who have pleaded with the owner, Greater St. Stephen Full Gospel Baptist Church, to do something.

Despite years of blight citations from the city, nothing has happened -- until now.

PJ Morton, the New Orleans native who made a name for himself as a keyboard player with Maroon 5, said he is in works to try to restore the shotgun double and a home next door. Plans call for transforming the homes into a museum, recording studio and event space.

Announcement of the plan came as the city threatened to begin fining Greater St. Stephen $500 a day during a recent blight hearing. The fines will kick in if work does not begin within 30 days of the hearing, which was on March 26.

“I literally grew up 10 steps from his (Bolden’s) house going to my Dad's church, and I was there four times a week and had no idea,” Morton said of the home at 2309 First St., noting that part of the delay was a lack of knowledge about its history.

Bolden died in the state insane asylum in 1931. While he’s credited with creating the jazz sound, there are no recordings of him, and only one photograph of him is known to exist.

Greater St. Stephen bought the properties for $80,000 in 2008, according to assessor’s office records. But they have been left to sit and rot since then, racking up citations that included demolition by neglect.

For years, historians and preservationists have tried to meet with Bishop Paul S. Morton and other church leaders about saving the home. The efforts, they have said, have been rebuffed.

For their part, church leaders have said they needed to prioritize rebuilding their former sanctuary around the corner at South Liberty and First streets. Work has begun on that project.

And now, PJ Morton, Paul Morton’s son, said a non-profit he has founded will take over the Bolden home.

“I know there have been delays and (broken) promises,” PJ Morton said. “I will say that it's only forward movement right now.”

Morton said he is in the process of raising money for the Buddy’s House Foundation, which will take over the process of rehabbing the homes. The Preservation Resource Center is assisting with that process.

After so many years of false starts and pleas for the church to save the home, PRC Executive Director Danielle Del Sol said she is confident Morton’s plan is the one that will work.

“Right now, we're helping them fundraise to get the money needed to rehabilitate these two buildings as well as we will advise, of course, on the historic renovation of the two structures,” she said. “I’m confident in their passion, but I'm also confident that the church probably doesn't want to incur those fines, so work's going to start imminently.”