2019 was a partisan year in Louisiana politics

Love him or hate him, it was rare for a day to go by without President Trump in the headlines. 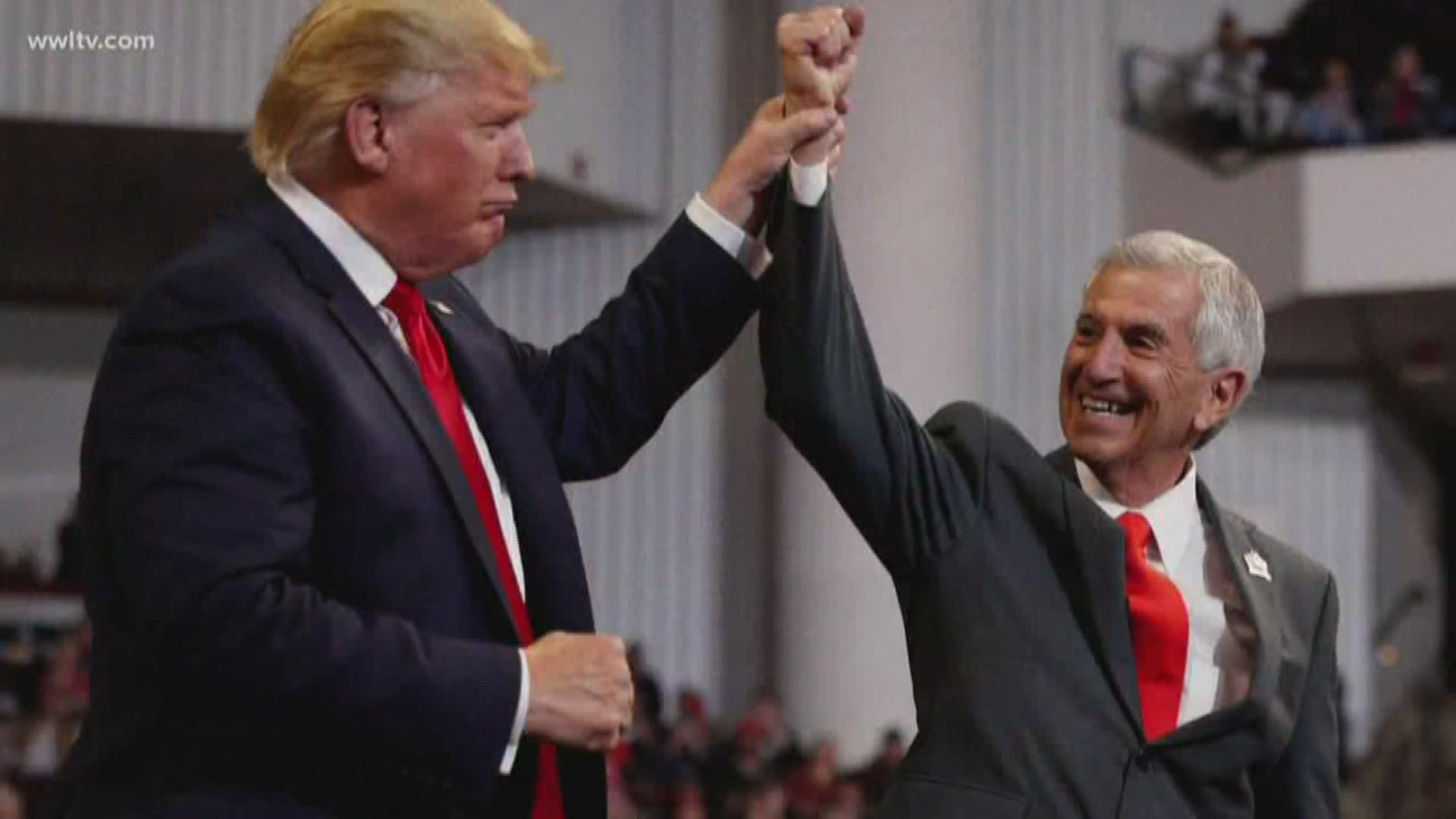 NEW ORLEANS — From the Louisiana governor's race to the impeachment proceedings, 2019 could be summed up in one word: partisan.

"It is a political vendetta, but if they're going to through this Madame speaker, impeachment will not be just a stain on this Democratic majority, impeachment will be their legacy," said Rep. Steve Scalise, R-Louisiana, during the House debate before the impeachment vote.

"The longer we wait, the more time we allow for this President to do irreparable harm, to our country and our democracy," said Rep. Cedric Richmond, D-Louisiana, during the House debate before the impeachment vote.

Love him or hate him, it was rare for a day to go by without President Trump in the headlines.

Earlier in the year, there was the buildup to the release of the controversial Mueller report on Russian interference and the 2016 Trump campaign.

Then came the Democratic Presidential debates with the candidates attacking Mr. Trump while trying to convince voters they can be the one to beat him in 2020.

"By the way, can we give President Trump a round of applause," said Louisiana Republican gubernatorial candidate Eddie Rispone during his concession speech in November.

2019 proved that not all politics is local. The president tried to steer the Louisiana governor's race to Republican Eddie Rispone's corner.

He visited the state multiple times to stir up support for Rispone while trying to undercut John Bel Edwards. It didn't work.

Edwards won a second term and remains the lone Democratic governor in the Deep South.

In his victory speech, Edwards delivered maybe the most polite and memorable political jabs to Trump this year:

"And as for the President, God bless his heart," said Edwards in November.

A new year usually calls for optimism, but this is politics we're talking about.

With Republicans in control of the Louisiana State legislature and a democrat as governor, most agreements will be preceded by arguments.

And with a looming impeachment trial in the U.S. senate and then President Trump running for a second term, 2020 could be even more partisan than the year we just endured.

RELATED: Partisans double down on impeachment