There's two weeks until election day and a lot can change

In this year dominated by the pandemic, so much can be measured and so much can take place in two weeks. 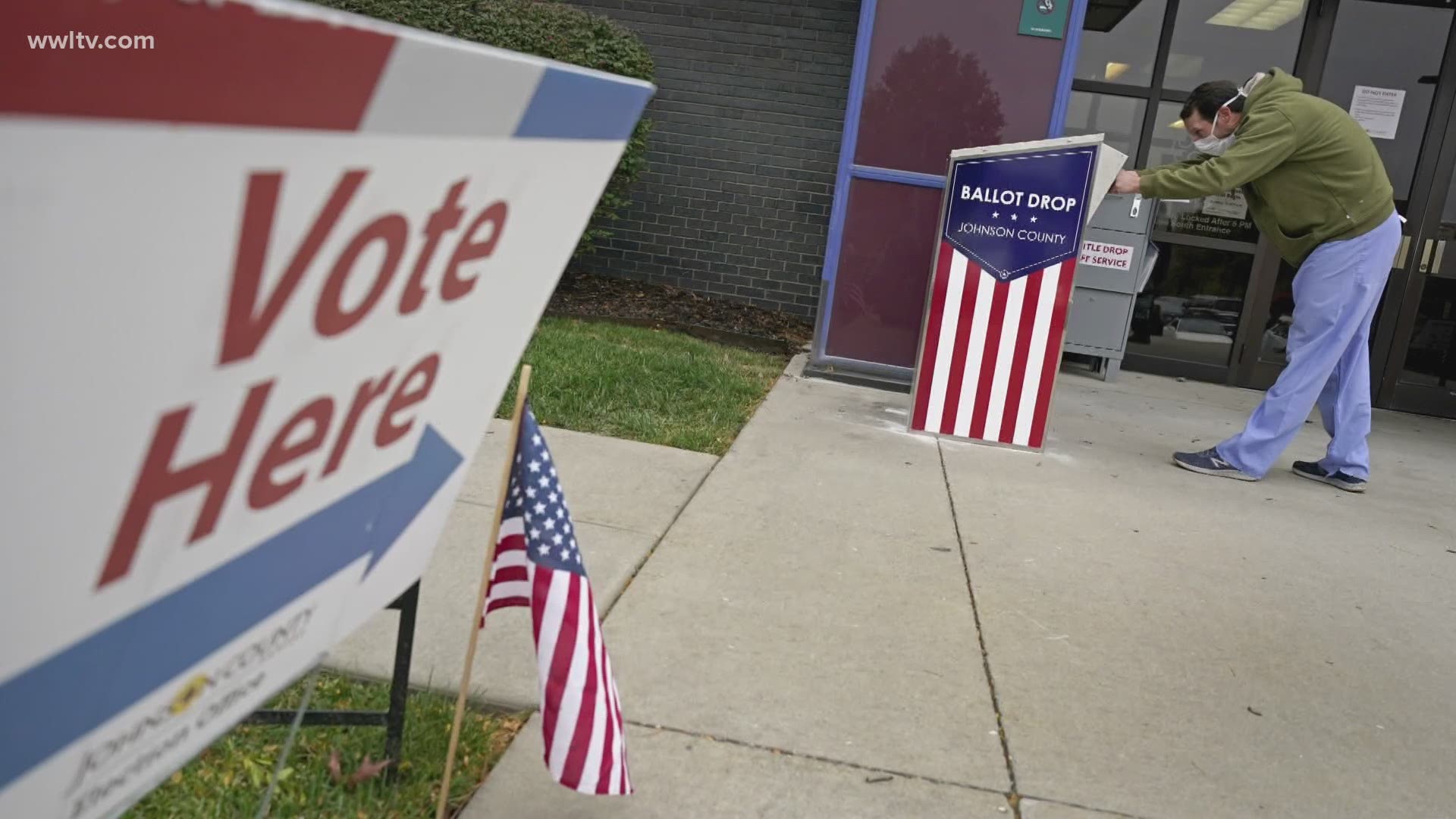 NEW ORLEANS — Early voting in Louisiana for the Nov. 3 election is record breaking so far, almost tripling the number of votes cast in the same early voting period in 2016.

Election day is now just two weeks away. Most early voters in Orleans and Jefferson parishes are choosing their side.

“I’m afraid of socialism, with Donald trump until the virus we had a booming economy.  I’m just depending on that to come back again,” said Craig Bennen, a voter in Jefferson Parish.

“We should not have people like that govern us and make decisions about our lives, especially when he doesn’t have common respect for people” said Orleans Parish voter Phillip Spence of Mr. Trump.

“I think people are pretty firm about who they’re voting for at this point.  I don’t know what can happen in the next two weeks that would change people who are undecided, I really don’t,” said Maria Fajardo, a Jefferson Parish Voter.

I pointed out to Fajardo that 2020 has been full of surprises.

2020 sure hasn’t stopped.  In this year dominated by the pandemic, so much can be measured and so much can take place in two weeks.

It usually takes about two weeks after exposure for someone to show symptoms of the coronavirus.  If you test positive, it’s two weeks of quarantine.

Looking back, the two weeks after Mardi Gras became life changing.  For some victims of COVID-19, those weeks were life ending.

Depending on the time of year, two weeks could bring dramatic drops or spikes in “flattening the curve," a phrase that almost seems dated.

Arguably, many of us have become much more aware of the value of two weeks’ worth of pay.

Many of us have gone through furloughs this year, in fact city workers in New Orleans are going through that right now.

Ask the thousands of families who’ve waited in line at food distributions what two weeks of groceries mean to them.

Renters and landlords alike would certainly welcome two weeks of rent at this point.

“A lot can change in two weeks.  Nowadays you never know what kind of crazy news can come out and change things.  You never know that the President was going to test positive for COVID and that changed things,” said Orleans Parish voter Jessica Baity.

More than two weeks after the President tested positive, we’ve arrived where we are -- two weeks from election day.

For many voters, the stakes couldn’t be higher:  Our health, the economy, our democracy to name just a few.

While these voters may have different political views, many of them have one concern in common: That the election may be disputed.  If that happens, then history tells us that may take more than two weeks to settle.