Richmond graduated from Benjamin Franklin High School in 1991.His high school friends knew him as Cedric from New Orleans East. 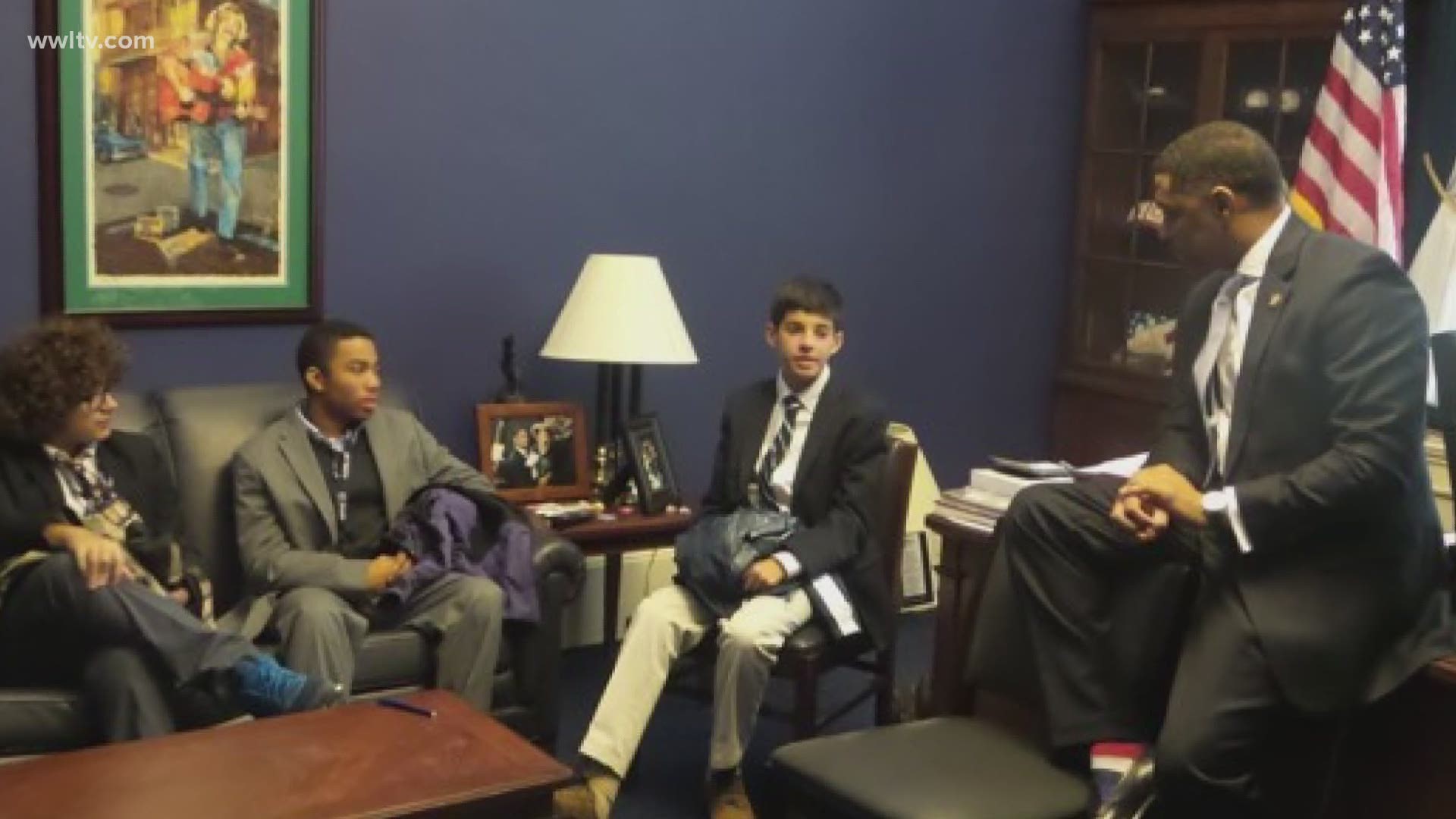 Congressmen Cedric Richmond’s appointment as a senior advisor to President-elect Biden is sending a jolt of pride through the high school he attended. Richmond graduated from Benjamin Franklin High School in 1991. Before he became Congressman Cedric Richmond, navigating the politics in Washington, some of his high school friends knew him as Cedric from New Orleans East.

“His dad was an electrician, they come from a hard-working family, middle class like most of us in the east at the time,” said Kenny Michael.

Michael and Richmond graduated together in 1991. They played baseball for the school, which Michael says didn’t have a true coach at the time nor a lot of equipment.

“We didn’t have a lot of money back then, neither one of us. We found used baseball helmets painted them white and put a green “F” on them, and that was our Franklin baseball helmets,” said Michael.

Michael said Richmond competed at a high level, something his history teacher also saw in the classroom. Diego Gonzalez did qualify his statement, reminding us that Richmond was also a teenaged boy who was also preoccupied with the usual interests of kids in high school.

“I think he has obviously grown impressively, it’s nice to think that we helped to at least lay a part of that foundation,” said Mr. Gonzalez.

For the quote next to his senior picture in the 1991 yearbook, Richmond chose to quote the late political activist Marcus Garvey:

Soon, this black man will soon be advising the White House.

“I think it’s a resounding positive message for this community, for New Orleans and frankly for the country,” said Patrick Widhalm, head of school at Ben Franklin.

“America is a great place, and has a great future, that’s what I think it says,” said John Parauka.

For more than a decade, John Parauka has taken Ben Franklin students to Washington, DC to visit Richmond and his Republican friend and colleague Congressman Steve Scalise. Parauka said the two Louisiana representatives exemplify what may be possible in politics.

“The two of them have a great relationship. Now, they may say that they may not agree on issues, but they can talk to each other, which in DC is something we don’t find often today,” said Parauka.

In announcing his appointment to the Biden administration, Richmond said he was proud to have attended public schools in New Orleans. The feeling is more than mutual at Ben Franklin High School.

RELATED: Cedric Richmond will be Senior Advisor to the President; to resign House seat before inauguration