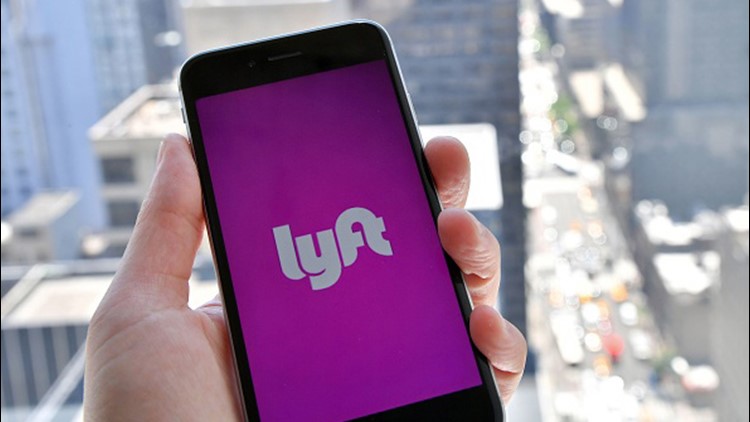 Photo by: ANGELA WEISS/AFP/Getty Images
The Lyft transport application is seen on a smart phone June 29, 2018 in New York City.

Gov. John Bel Edwards signed the bill into law Tuesday at Nicholls State University in Thibodaux, in a region that has been seeking access to the transportation networks for years. The Democratic governor was surrounded by cheering Uber and Lyft drivers as he signed the regulations, which take effect July 1.

Uber and Lyft have operated only in a handful of markets in Louisiana, including Baton Rouge, Lafayette and the greater New Orleans area. The companies refused to continue negotiating on a municipality-by-municipality basis, objecting to a patchwork of regulations that could make compliance to the rules for drivers difficult to navigate.

They pushed Louisiana to join the 44 other states with statewide rules. After three years of legislative fighting, lawmakers in their regular session that ended Thursday passed the regulatory framework sponsored by Rep. Tanner Magee, a Houma Republican.

Continued pressure from lawmakers in regions that don't have the transportation networks or widespread taxi availability helped break a stalemate in the Senate, which had previously stalled the bill.

Supporters said ride-hailing services can lessen drunken driving, boost economic development and help people without cars and with limited public transportation options in their communities. Magee said the transportation networks are the sign of a "modern state," and he described people approaching him in Houma-area restaurants and businesses asking him when they would be able to use Uber and Lyft like other communities.

"This is a huge win for the state of Louisiana. A lot of times we lag behind the things in a modernized society," said Sen. Rick Ward, the Port Allen Republican who shepherded the legislation through the Senate.

The lone opponent to the legislation this session was Kenner Republican Sen. Danny Martiny. He argued the bill improperly puts regulatory authority with the transportation department, rather than the Public Service Commission, which regulates taxicabs. He warned that the law was certain to face a lawsuit.

"Some cab company or somebody else is going to challenge it," Martiny warned senators during debate.

But proponents of the legislation said the Public Service Commission doesn't have the authority to regulate in areas with home rule charters, as two dozen of Louisiana's parishes have.

Under the regulations, the transportation department will permit ride-hailing services. The companies cannot have drivers with more than three moving violations within the past three years, who have been convicted of certain types of crimes or who are registered as sex offenders. The legislation describes what fees are allowed.

Victor Silvio, a Baton Rouge driver for Uber and Lyft who urged lawmakers to enact the statewide rules, attended Tuesday's bill signing. He said his son Christopher was killed in an accident caused by a drunken driver. Silvio does a lot of late-night rides, hoping to lessen the number of dangerous drivers on the road.

"Every time I pick up somebody, I think of my son," he said. He said expanding the services "means more people will get home safely, and that's a big plus in my book."