Edwin Edwards in the classroom: How students learn about Louisiana's one-of-a-kind leader 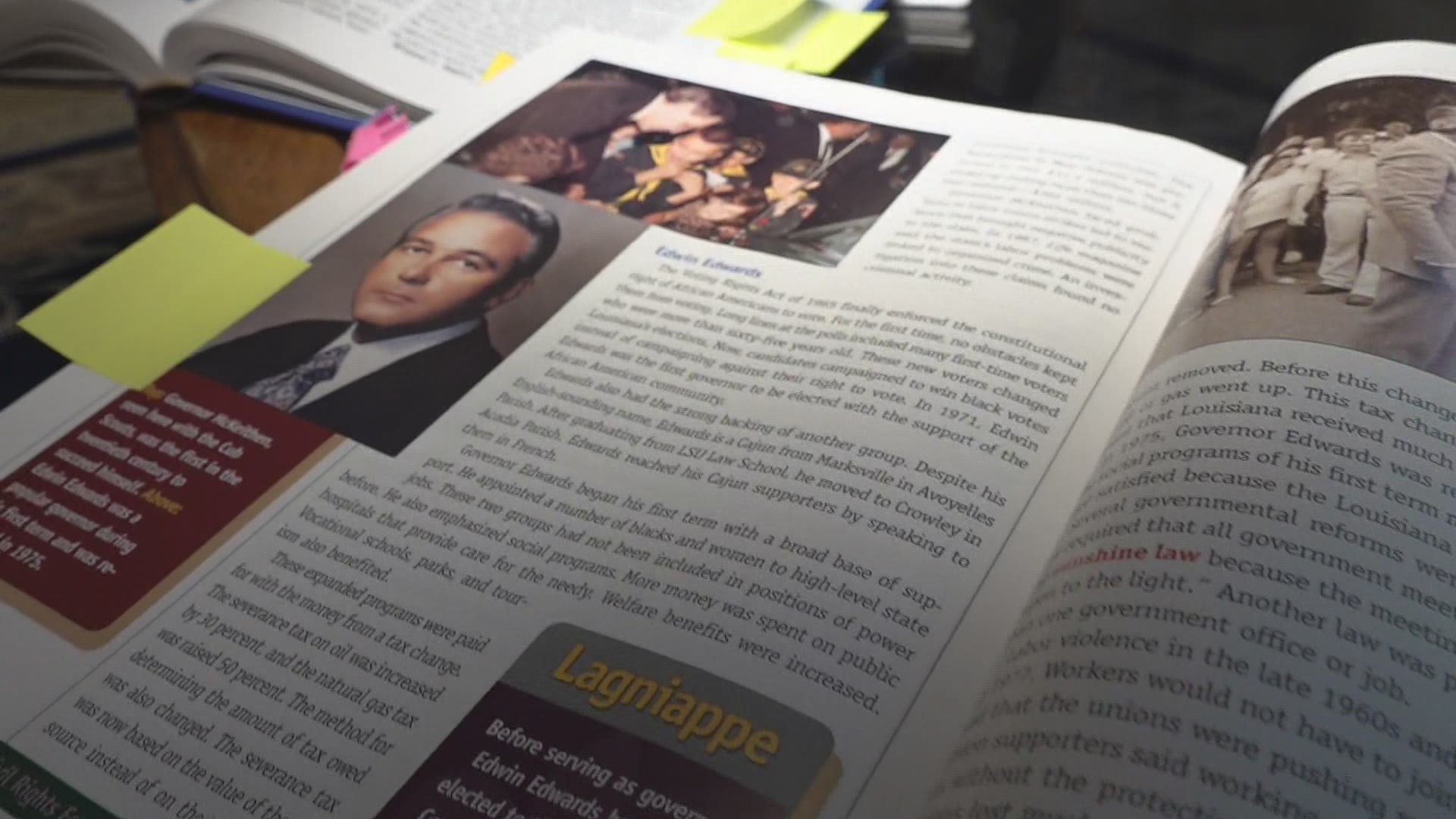 NEW ORLEANS — In her 43 years teaching Louisiana History at Belle Chasse Middle School, Martha Long knows what sets Louisiana politics apart and when her students get to the chapter on Louisiana governors this Fall, there will be lots of talk about the state’s only four-term governor, Edwin Edwards.

“They know this isn’t someone that’s just going to be remembered on a hall of governors. This is a man that put items into action,” Long said.

Credited with modernizing state government, taking up labor unions and directing oil revenue to the classroom, Long says her eighth grade students can do more than just read about his contributions to the state.

“The students can see within their own family frameworks the input he made and how it’s still very much in the forefront even today,” Long said.

Blanco Cook teaches a lot of classes on Louisiana politics and says out of state students even find it fascinating.

Blanco Cook says when studying and teaching political figures like Edwards, there’s the good and there’s the bad. Even with Edwards’ eight years in federal prison, there’s still a lot of good, and a lesson to be learned.

“Every generation benefits by what has happened over the last several decades and certainly Edwin Edwards played quite a huge part,” Blanco Cook said.

“We have to teach and make the children aware, even people in those very, very high positions, they are going to be held accountable,” Long said.

Both educators say Edwards will always be remembered for helping rewrite the state constitution and while already in the history books, maintain his presence as a character beyond belief.

“He wanted to get those good times roll with the state of Louisiana and he did it and that’s what he will be remembered for,” Long said.