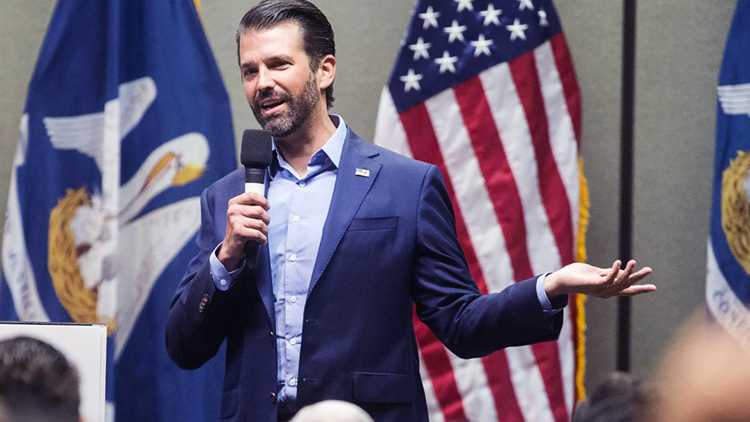 Donald Trump Jr. told hundreds of Republicans assembled Monday in Lafayette to vote for either of the two main GOP candidates: U.S. Rep. Ralph Abraham or businessman Eddie Rispone. Both appeared at the rally and touted their support of Trump.

The president's son said Louisiana is not seeing the economic gains and low unemployment rates of other states because of Edwards.

Republicans are trying to keep the Deep South's only Democratic governor from receiving more than 50% of the vote and winning outright in Saturday's primary. In Louisiana, all candidates run against each other on the same ballot.

President Trump will be in Lake Charles on Friday for another anti-Edwards rally.