Voters will decide several key statewide races including who will become Louisiana's next governor, lieutenant governor, secretary of state and more. 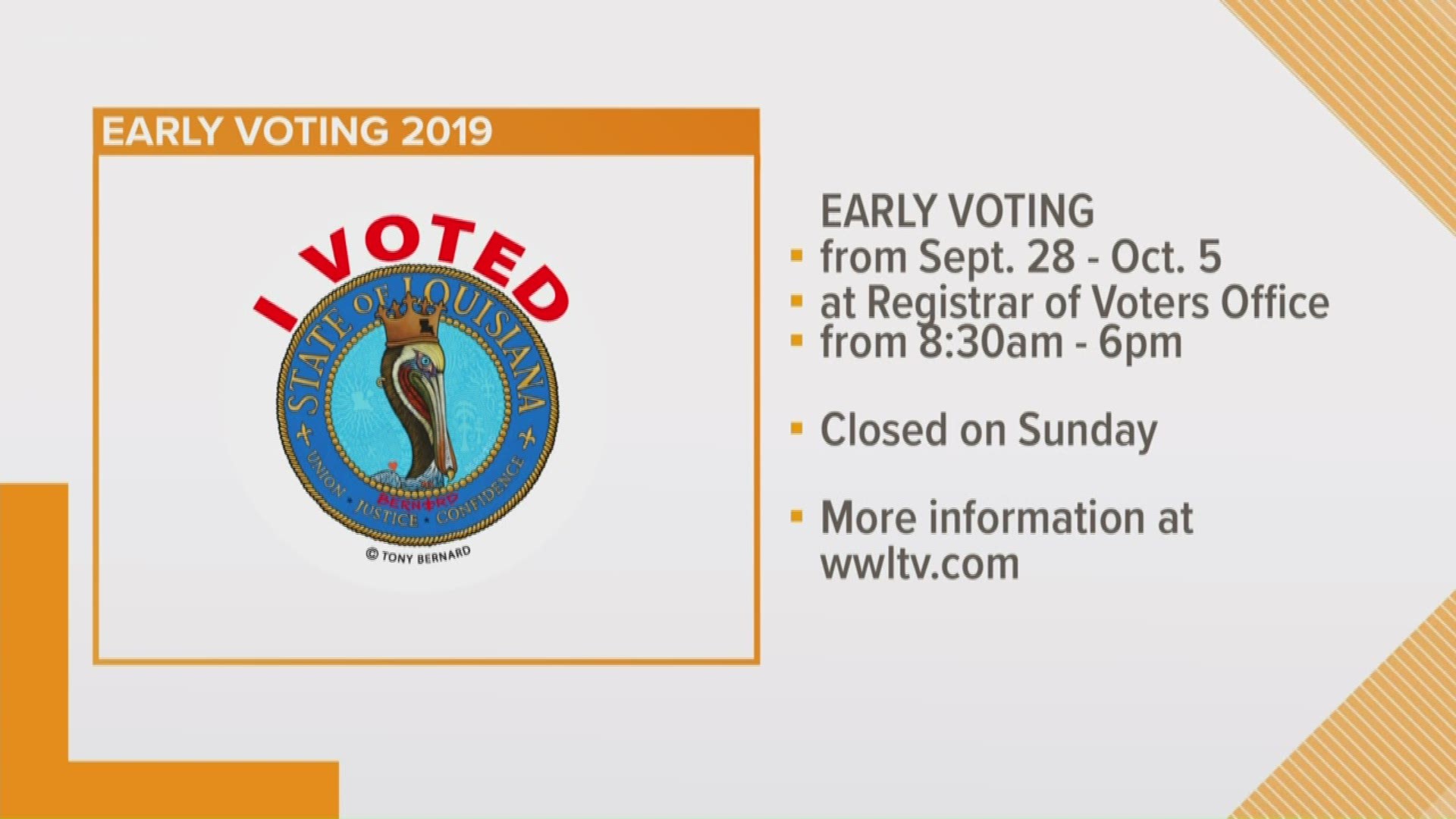 Voters across the state can cast their ballots early by visiting their parish's Registrar of Voters Office or other designated areas from 8:30 a.m. - 6 p.m. through Oct. 5, except for Sunday (Sept. 29).

You do not need a reason to vote early. With several college football games falling on Election Day, candidates are encouraging people to cast their votes early. The secretary of state's office has more information online for voters to see what's on their personal ballots.

State legislative seats and seats on the Board of Elementary and Secondary Education are also on the ballot. There are also four Louisiana constitutional amendments that will appear on all ballots.

In Jefferson Parish, there is a hotly-contested race for parish president and races for sheriff and parish council.

There are also races in St. Tammany Parish for parish president, sheriff and council.

Vote Early
Early Voting You do not need a reason to vote early! All voters may vote early, just like they are voting on Election Day. Voters who want to vote early for any election may do so in person at their parish Registrar of Voters Office or at designated locations in the parish from 14 to seven days prior to any scheduled election.

In any race where no candidate tops 50% of the vote, the top two vote-getters will face each other in a Nov. 16 runoff.

What Do I Need to Bring To Vote?

When you go to cast your vote early, you will have to provide a photo ID or sign a voter affidavit. A driver's license, Louisiana Special ID, LA Wallet digital driver's license or other generally recognized picture ID that has your name and signature can be used for identification.