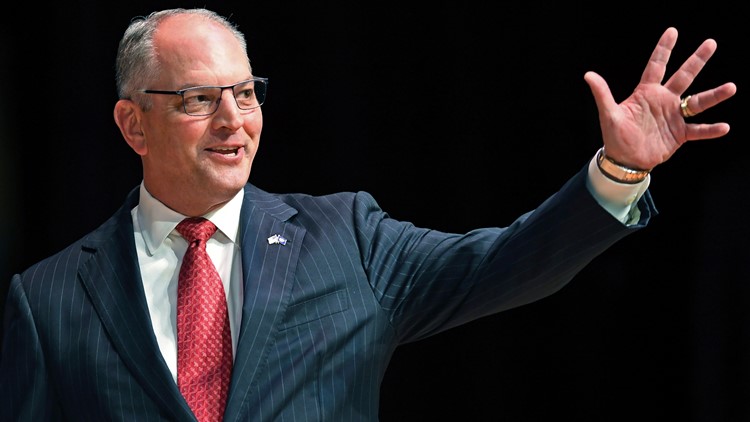 Photo by: AP
FILE - In this Sept. 19, 2019, file photo, Louisiana Gov. John Bel Edwards acknowledges his supporters as he comes out onstage for a debate with Eddie Rispone and Republican Rep. Ralph Abraham in Baton Rouge, La. Angry callers flooded Edwards’ office with opposition during debate over an abortion ban the Democrat supported, threatening to withhold support for his reelection bid. Months later, Edwards is hoping outrage over the ban on abortion as early as six weeks of pregnancy won’t damage support from his Democratic base as voters make decisions in Saturday’s election on Oct. 12. (Bill Feig/The Advocate via AP, Pool, File)

The Deep South's only Democratic governor will square off with U.S. Rep. Ralph Abraham and businessman Eddie Rispone for the final televised primary debate Wednesday night in Shreveport.

If Edwards can top 50% of the vote Saturday, he won't head to a runoff. With two competing candidates, Republicans have had difficulty unifying against Edwards.

Voter Guide: Everything you need to know about Louisiana's 2019 election