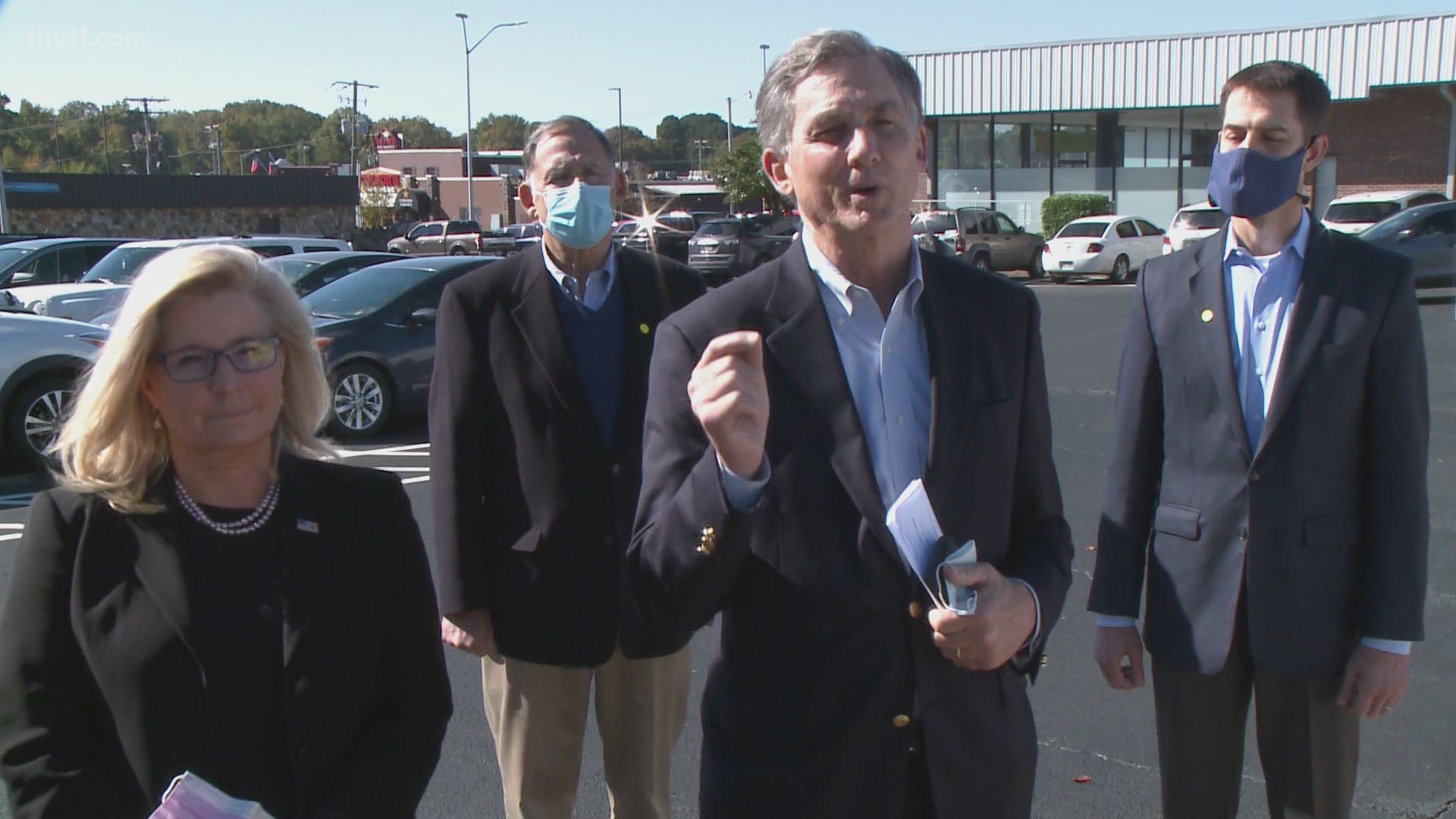 JACKSONVILLE, Ark. — On the Friday before Election Day, both rivals for central Arkansas's congressional seat campaigned in the parts of the district where they can count on their core voters.

Down Highway 67/167, Sen. Elliott got signs waving at Laman Library in North Little Rock a little after lunch, while keeping an eye on the votes she needs away from the urban center of the district.

"Democrats are rising in those counties and most people don't realize that, but it's happening," she said.

The tight race has produced polls that have both campaigns confident. The district goes from urban to rural quickly once you move outside the Little Rock metro area. Republicans, including Hill, have counted on racking up votes in all the outlying areas to hold off Democratic challenges in Pulaski County, where early voting has been strong.

If either candidate gets some crossover, they could get the win.

"We have been very successful at getting votes out of these other counties. I'm sure people are going to be surprised," said Sen. Elliott.

"Gosh, you gotta wring votes out of everybody," Hill said when asked how many more votes are available in the areas he toured Friday. "That's one of our best obligations as citizens is our obligation to vote. So we're on the hunt for anybody who hasn't taken advantage of our early vote period."

After starting the morning at an elementary school in Greenbrier, the group toured the Searcy hospital and checked out its COVID-19 testing efforts. They had lunch with supporters and then met with police before moving to a roundtable with military families in Jacksonville, home of Little Rock Air Force Base.

The entire tour fit squarely in the GOP wheelhouse.

"The extent to which we've gone through this trying economic time and going through trying to deal with the pandemic, French has been an absolute leader," said Rep. Cheney on why she came to Arkansas.

Beyond masks and fist-bumps instead of handshakes, the tour resembled a tradition day on the campaign trail. Sen. Elliott, though, has mirrored national Democratic campaign cues and limited rallies and gatherings. She pointed to several drive-up rallies and efforts she put in before the pandemic that she says will help deliver her message outside the city.