Here's how to Early Vote in Louisiana

Voters who want to vote early for any election in Lousiana can do so in person at their parish Registrar of Voters Office or at designated locations in their parish. 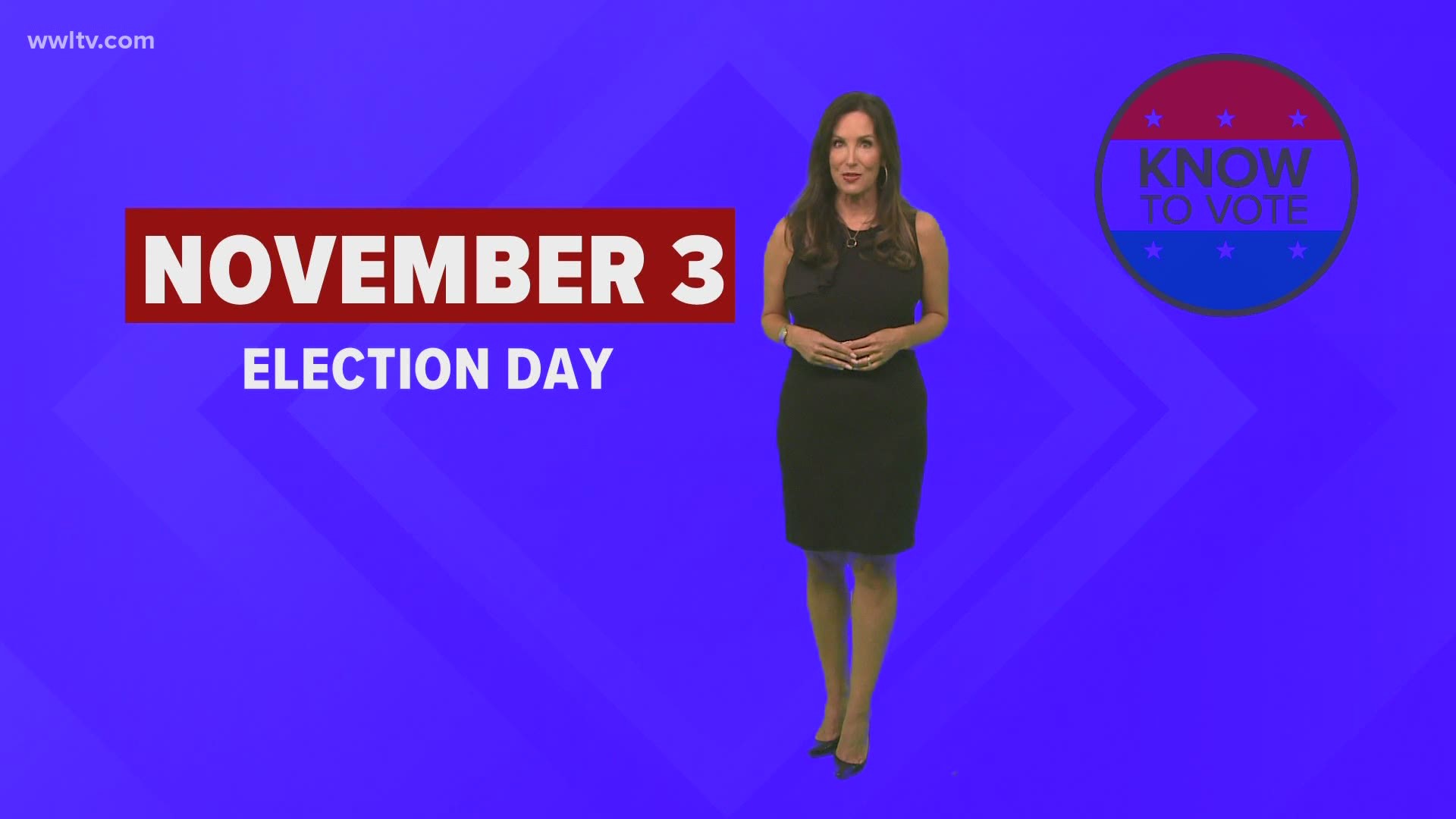 NEW ORLEANS — Ed. Note: As of Oct. 14, it's too late to register to vote in Louisiana in time to vote in the November Election.

Ed. Note: As of Oct. 31, it's too late to apply for a mail-in or absentee ballot in Louisiana to participate in the 2020 November Election.

Anyone registered to vote can vote early, according to Louisiana's election and voting website.

Voters who want to vote early for any election in Louisiana can do so in person at their parish Registrar of Voters Office or at designated locations in their parish from 14 to seven days before any election.

What Do I Need to Early Vote in Louisiana?

When you go to cast your vote early, you will be asked to identify yourself with either a photo ID or signature on a voter affidavit.

Here's what you can use for that:

►  Vote! And stay on the top of the election by tuning in to WWLTV, downloading the FREE WWL-TV News app now in the IOS App Store or Google Play, following us on Facebook or Twitter, or by going to WWLTV.com