"We are having a tremendous voter turnout," said St. Tammany Parish Clerk of Court Melissa Henry. "We have lines, but they're moving steady." 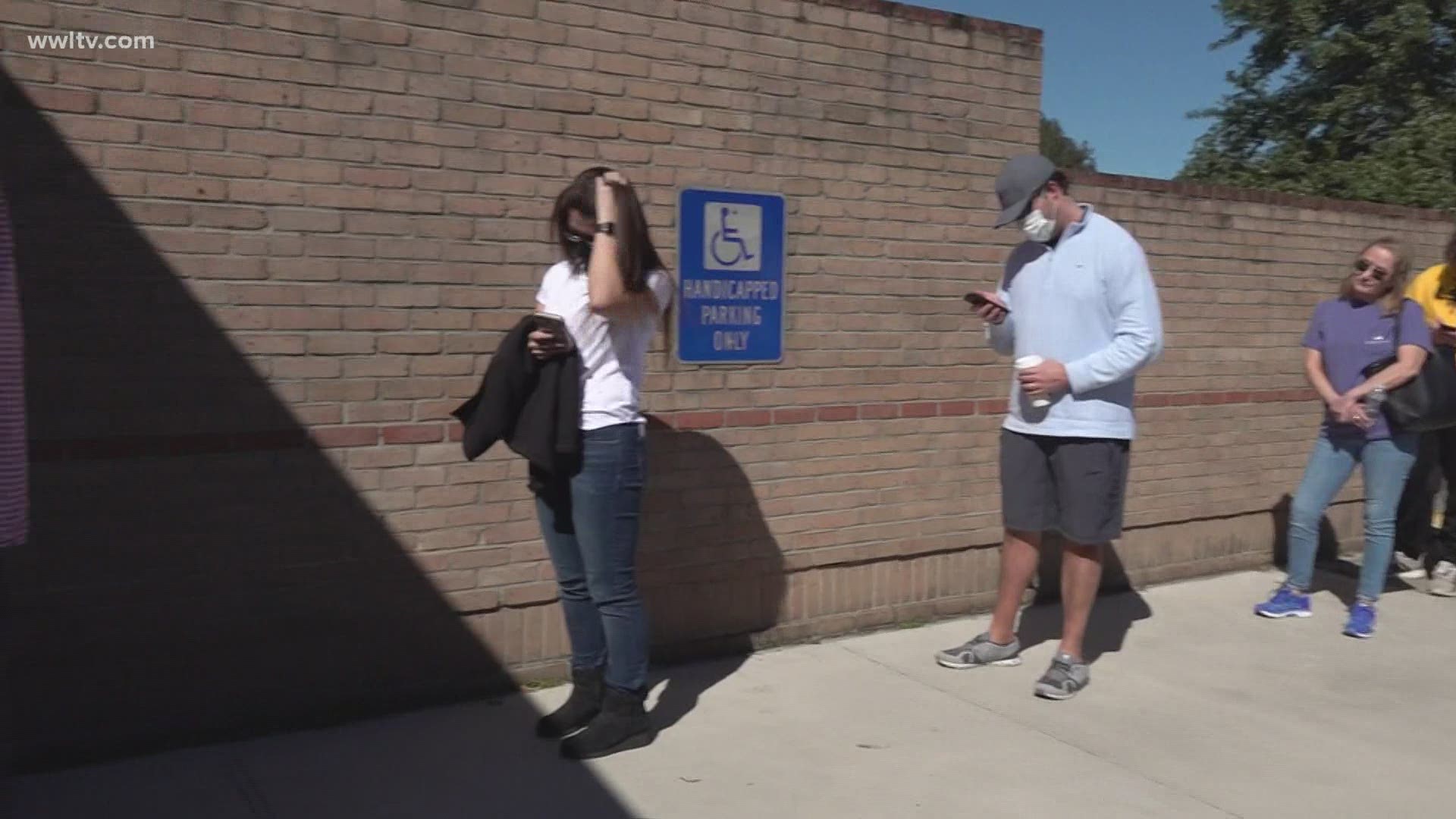 MANDEVILLE, La. — The lines to vote on the Northshore varied by polling location with some voters out in minutes and others waiting closer to 30 minutes. Masks and social distancing at the polls created a new experience for all, but for some just casting their vote was an entirely new practice.

Whalley drove four hours home to Mandeville from her college in Alabama to vote for the first time.

"I drug my boyfriend with me to like 'it's important, come on!'" she said.

She said this election has been a hot topic amongst her friends, many of who are first-time voters as well.

In front of her in line in Mandeville, Robert Schall said it was the longest voting line he's ever waited in, although it moved quickly and he didn't mind.

"I think it's good to see everybody coming out to vote. The line usually goes pretty fast here," he said.

"We are having a tremendous voter turnout," said St. Tammany Parish Clerk of Court Melissa Henry. "We have lines, but they're moving steady."

"We've never had this large of an early vote, especially absentee mail-in ballot," she said.

Some voting machines were out of service, but only for a short time.

"We’ve just had a few issues with a few machines, but the technicians are out and about in the parish taking care of it so everything's going well," Henry said.

The reasons for voting in this election differ.

"I think the conservative values, law and order, getting the economy on track, and bringing everybody together," Schall said as the reason behind his presidential vote.

One thing the voters seem to agree on though is that exercising their right is worth it, no matter how long the line or the drive to the polls.

"I think I'm very privileged as a white woman and I want to use my vote to speak for people who don’t have as much as a voice as me," Whalley said.

The polls close at 8 p.m. Some voters accidentally went to the wrong polling location and had to stand in line twice so check your correct voting location at the Secretary of State's website.