Louisiana governor's race: Who's In? Who's Out? Who's on the clock?

"If Kennedy's out and (Congressman Steve) Scalise is out that leaves the door open for 10 people," Republican state Treasurer John Schroder said. 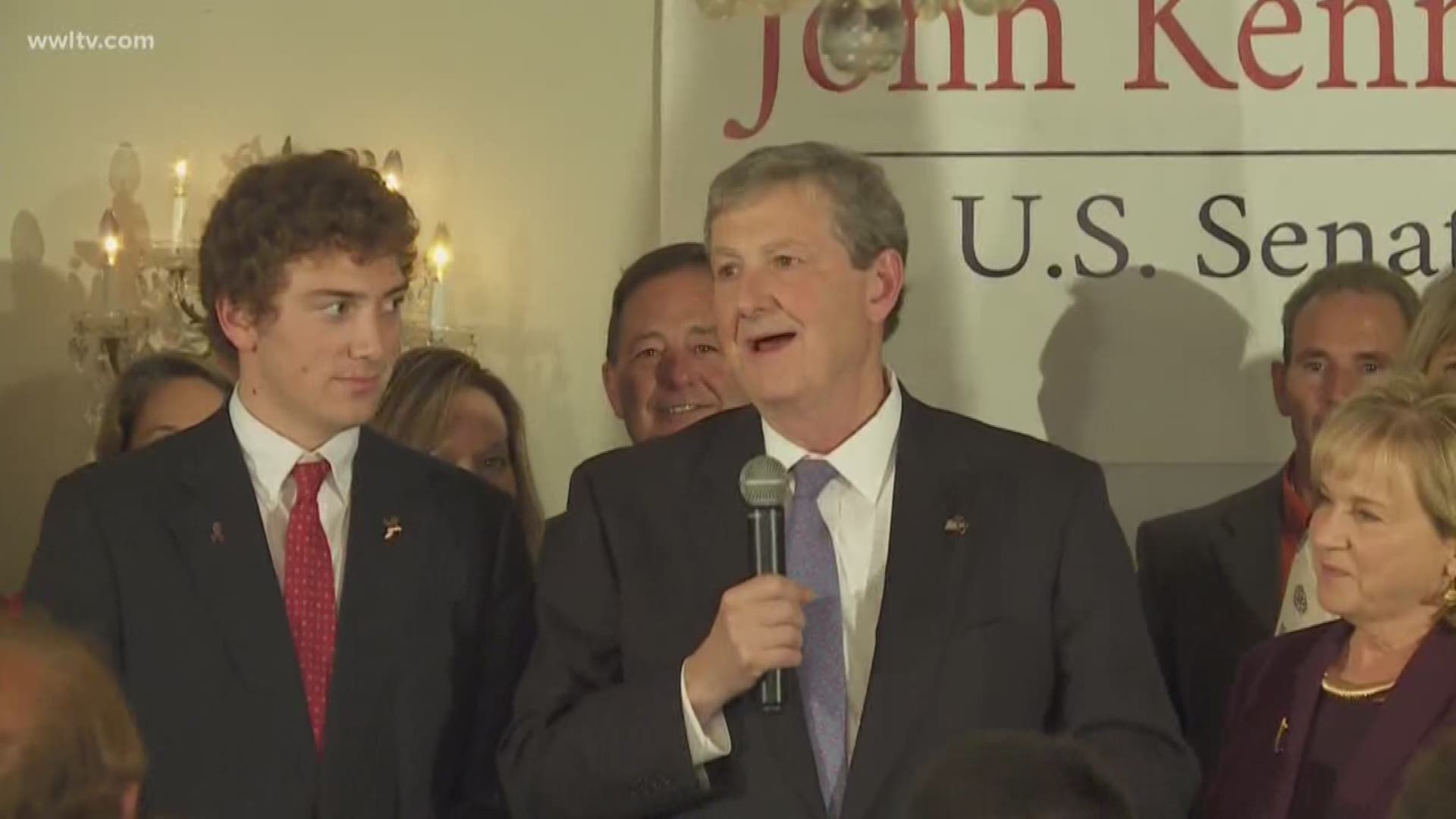 When U.S. Sen. John Kennedy opted out of next year's governor's race Monday, he seemingly left the door wide open for a herd of Republicans to challenge Democratic Gov. John Bel Edwards.

"If Kennedy's out and (Congressman Steve) Scalise is out that leaves the door open for 10 people," Republican state Treasurer John Schroder said.

Count Schroder in that number.

"Obviously, I'm going to look at it," he said. "Nobody is overwhelming favored."

While Schroder's theory seems plausible and may ultimately play out, it's just as likely fewer than a handful of Republicans will storm through the door Kennedy left open.

LaPolitics.com's staff seemed to reach out to everyone from statewide elected officials to anyone eating lunch at the Capitol cafeteria to ask if they were running and got few bites.

Why? Money, timing and risk.

So far the only Republican committed to the race is wealthy Baton Rouge businessman Eddie Rispone, who has pledged to invest $5 million of his own money into his campaign.

Everyone else will be starting from scratch, including Republican Congressman Ralph Abraham, a likely candidate, and Republican state Sen. Sharon Hewitt of Slidell, who posted her continued interest in the race on Twitter Monday.

"The biggest obstacle will be raising enough money to compete," said political insider Jeremy Alford, publisher of LaPolitics.com. "So far neither Abraham nor Hewitt have the scratch to launch a statewide campaign."

Others, like Congressman Garret Graves of Baton Rouge, are thought to be looking beyond 2019 for a potential gubernatorial run.

And elected state officials like Schroder, unlike members of Congress, would have to risk their current jobs to make a run for governor.

GOP party leaders long for a candidate to coalesce behind rather than a gaggle of Republicans at each others' throats.

"The party wants to aim its guns in one direction at Gov. John Bel Edwards," Alford said. "The trouble is if there are multiple Republicans they will be aiming their guns at each other in the primary. That's the same thing that happened in 2015 when Edwards won."

And Kennedy didn't do any favors for those left standing last fall by releasing a poll he commissioned in October showing he and Scalise were the only Republicans who could beat Edwards.

As of Tuesday, following is the status of the Republican field:

In: Rispone, who welcomed Kennedy's decision to opt out and told the Associated Press: "It's time to unite the party around electing a conservative Republican."

Still out: Graves and Scalise.

On the clock: Abraham, who said he will make his final decision "very soon." His announcement could come as soon as this week in an effort to fend off others.

On the fence: Hewitt (I’m still strongly considering a run for governor," she said in a Tweet) and Schroder ("The door is open," he said).

Huh?: Attorney General Jeff Landry declared himself out a few weeks ago, but posted this cryptic tweet Monday from his campaign account: "No matter who runs for governor, there is no question our economy must be a priority with Louisiana ranking as one of the four worst states in unemployment."

Reporters requesting interviews were referred to Landry's political consultant, who wouldn't specifically address whether or not Landry was reconsidering.