Appellate court Judge Terri Love announced Friday that she is dropping out of the race. 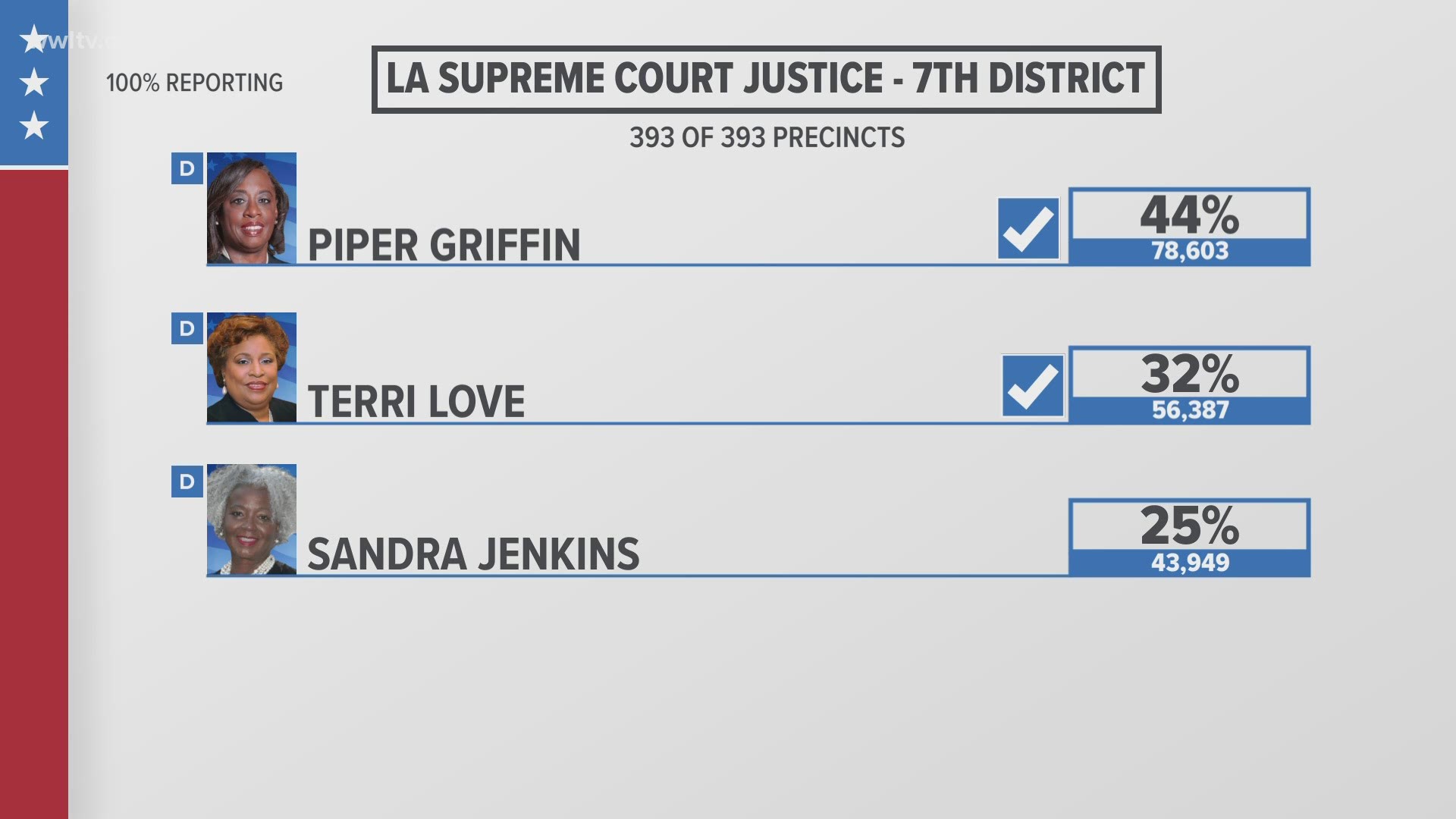 BATON ROUGE, La. — A runoff to see who will fill a seat on the Supreme Court of Louisiana has been avoided with one candidate's decision to leave the race.

Appellate court Judge Terri Love announced Friday that she is dropping out. That leaves Judge Piper Griffin as the victor in the election to succeed Justice Bernette Johnson, who is retiring.

“I want to congratulate Judge Griffin and assure the people of Louisiana that I have every confidence that Judge Griffin will be a fine Justice of the Louisiana Supreme Court,” Love said in a statement on her campaign's Facebook page.

Griffin is a state civil court judge in New Orleans. She finished first in Tuesday's election for a Supreme Court post from a New Orleans-based district.

Love is a judge on the New Orleans-based 4th Circuit Court of Appeal.

"Judge Love and I entered this race as friends of more than 35 years. As women of faith, I believe that our Christian values allowed us to run our campaigns with both grace and integrity," Griffin said in a news release. "While I am grateful to Judge Love for making the path for me so much easier, I realize that just like me, Judge Love truly wanted to be the next Associate Justice on the Louisiana Supreme Court, so her decision to withdraw from the race is bittersweet and therefore very difficult. So, I first want to say 'Thank You' to my friend, Judge Terri Love."

RELATED: Presidential Election 2020: Live results from across the US