State has seen a surge in applications for poll commissioners, which should help prevent a shortage on Nov. 3 because of COVID-19 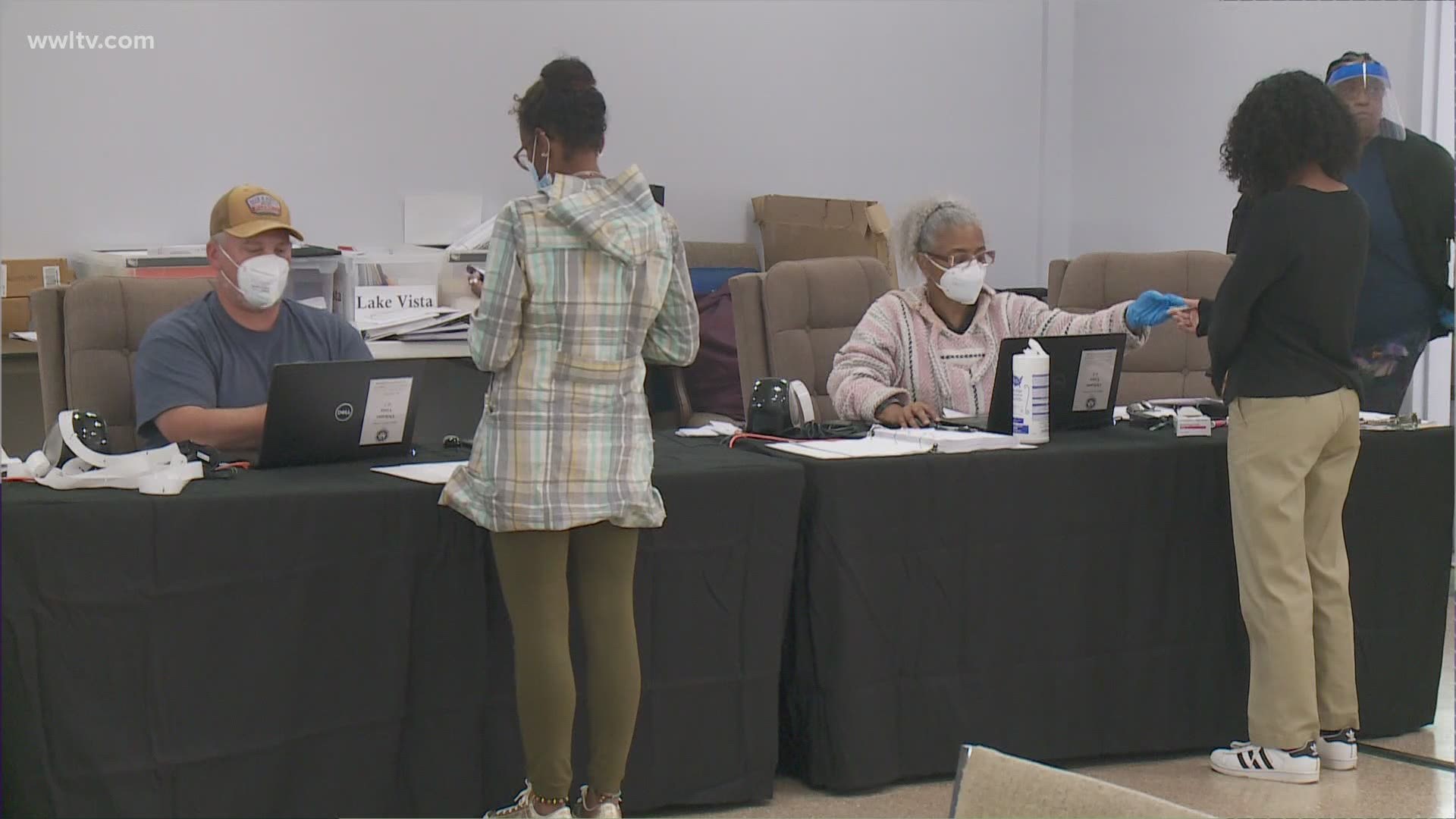 NEW ORLEANS — Whether you vote early or on Nov. 3, the poll commissioners are some of the first people you'll see at the polling place. The work they do is critical to making sure local, state and federal elections run smoothly.

Louisiana Secretary of State Kyle Ardoin says his office has seen a surge in applications for poll commissioners, with more than 2,400 people signing up for the upcoming election. In most parishes, it's not too late to become one of them.

There has been a push to recruit more poll commissioners this election because of the coronavirus, since most of the workers are elderly and more at risk for COVID-19.

"Our average commissioner was 65 years old last year, but this year we've gotten a lot of young people and we're glad. We want them to get involved, so now we've had people as young as 18 years of age come in and want to be a commissioner," said Orleans Parish Clerk of Court Arthur Morrell.

The hours are long - with work on election day starting before the polling place opens at 6 or 7 a.m. and ending after the polls close at 8 p.m.  Workers earn $200 for their efforts on election day (or $100 per day for early voting sites) along with knowing that they are helping fulfill their civic duty and protect the integrity of our elections.

"The whole purpose of having citizen commissioners is so that the citizenry actually is in control of the election, not government officials," said Jefferson Parish Clerk of Court Jon Gegenheimer.

"They're very important because they are the first person they see when a voter goes in to vote," Morrell added. "The information the voter gives the commissioner will determine whether or not they can vote, so they have to be trained to understand that they have to have these particular things to be able to vote."

There are mandatory training sessions that explain the work commissioners do, from start to finish.

"The training is extensive, there are classes throughout the year for commissioners and commissioners-in-charge: the mechanics of the machine, the steps they have to take after the election is over and the general conduct of the election itself, which can be very complicated," said Gegenheimer.

James Greatrex has been a poll commissioner-in-charge in Metairie for seven years. He is also an employee of the Clerk of Court's office. He said that he felt safe during the summer elections, with extra steps taken to keep workers and voters virus-free.

"We have our own PPE (personal protective equipment), we have to wipe down the voting machines, we have precautions in place to keep everybody safe," he said.

As a younger poll commissioner, Greatrex encourages people his age to consider signing up to work.

"Even people who you see voting are mainly older, so I would say young people need to exercise their right to vote and not just say 'My vote's not going to count' and to be serious about elections," Greatrex said.

In all, 20,000 commissioners will be needed for the election, both during early voting and on election day.

For more information, contact your local parish Clerk of Court's office or visit the Secretary of State's website by clicking here.

Here are the links to other local Clerks of Court: