Both are already locked in as the Republican and Democratic candidates for 2020. 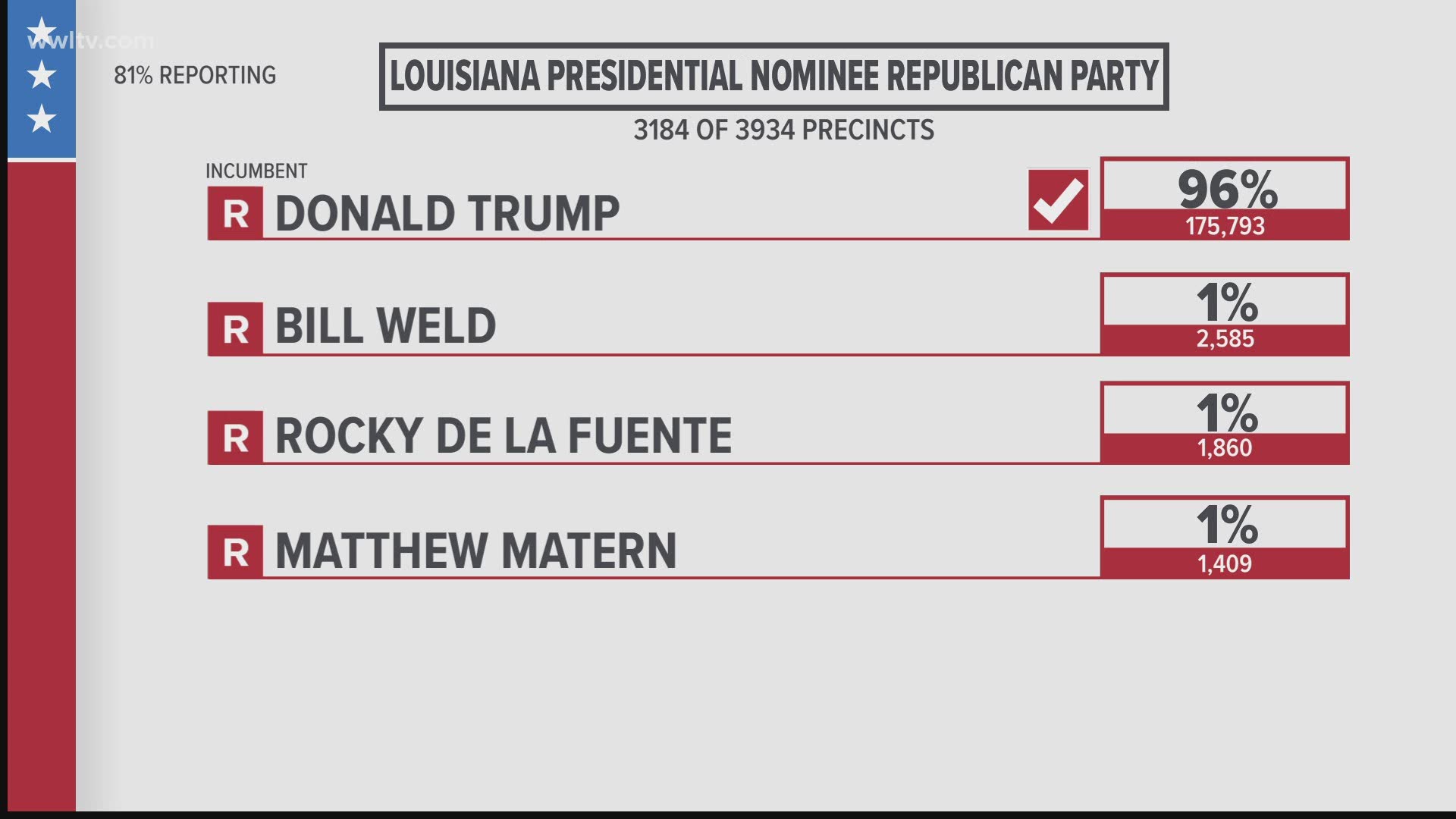 Trump faced no true challenger for the Republican nomination, but four other GOP contenders ran against him on Louisiana’s ballot Saturday. Biden faced 13 other Democrats on the ballot, though he already had locked up enough delegates in other states to become the party’s nominee.

Louisiana had one of the nation’s last presidential primaries. It was delayed twice from its original April 4 date because of the coronavirus pandemic and was pushed back so many months that it became irrelevant to the selection the party nominees.

RELATED: Masks mandatory in Louisiana | Bars will sell to-go only under new restrictions in place Monday